The one that gets done. There has been a ton of traffic on this line over the years. All of the fixed mank and many of the bolts added over the years were removed by The American Chopper in the summer of '04, but I'm sure it's begun filling back up with fixed mank again. The bolt-count is much closer to the original, though all the belays should easily accommodate two portaledges.

This route was FA'd in November 1972 by Charlie Porter on his third attempt. Check the SuperTopo Yosemite BigWalls website or book for the full backstory on this historic route, as well as recent conditions.

SE side of El Cap, just east of the pipe boulder. Start with a hook to a short bolt ladder to an obvious 90' right-facing flake, from there to an anchor situated under a 30" roof. Get the SuperTaco guide book for the best topo's, stories and beta.

Near the parking area at the Meadow, there is a large boulder field running nearly all the way down the slope. This is a great access line to check out the base of the climb, or perhaps return to the vehicle for the next load of gear. However, this is not the best way to approach the climb with anything resembling a load of anything. I did it once with a loaded haul bag, but I was still young and dumb then.

The best approach also departs from the parking area at the Meadow, heads a short distance west along the road, then due north along the obvious trail to the base of the Nose. Follow the trail as it skirts around the base of the wall to the east. Even though you are not yet on the wall, it would be prudent to wear a lid while anywhere near the base, as something could be dropped or knocked loose at any time from above. On one occasion, I happened to booty a #12 Wallnut that hit the ground not far from where I was standing, the climbers far enough up the stone to be out of sight.

Beware of bears, and do not pack food to the base until you have fixed the first pitch or two and are ready to haul. On one occasion, we hung the haul bags from a rivet at the base of ZM 20' off the ground. While I was fixing pitches above (and my partner off to park in another load), a savvy bear stood on his hind legs and managed to physically remove the bag from the wall, tearing a 6" hole in the side of the bag and rummaging through just to see if there were any goodies to be found. Throwing pitons at him from above did little to discourage him, the bag will forever carry those scars.

Yes, it's been done clean, reportedly hammerless even.

For some real fun, cam hook the Nipple Pitch, allowing you to leave the majority of the rack at the anchor (bring some biners, a quickdraw, the LA, a few smaller cams and one of the largest cams). Before traversing too far, one can step to the bottom rung of the aiders, reach down and clip an anchor added during the Huber's free-ascent workings. This should keep you off your belayer/haulbags and out of the open dihedral from P9 if you should happen to whip. Cam-hooking the Nipple pitch will also make it a quick, easy clean for the second, though once you start you're committed to the plan, else they will have to lower off gear (leaving it behind) or aid through it themselves. 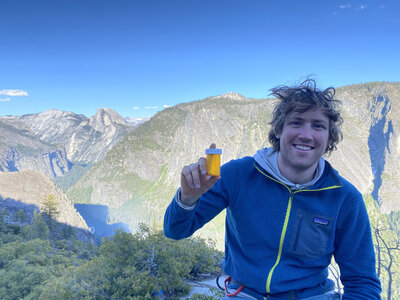 Me and my brother Aidan's ashes on the top 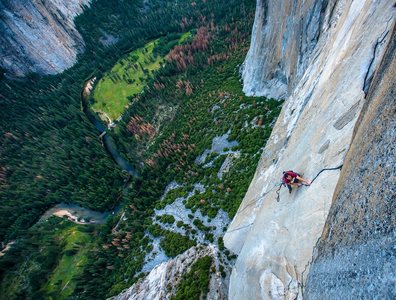 Somewhat of a death loop on top of Zodiac. Phot… 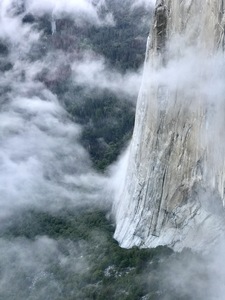 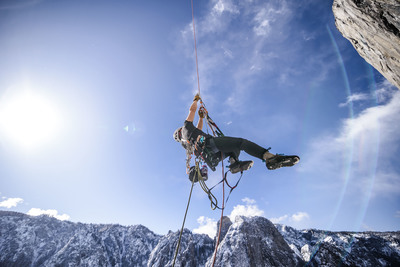 Jugging up the fixed lines during a beautiful w… 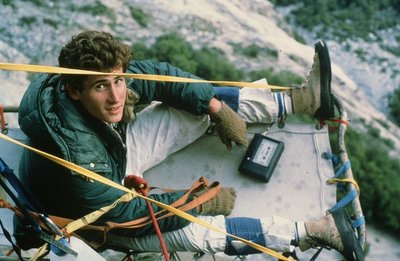 I was the last person to use the original "Curr… 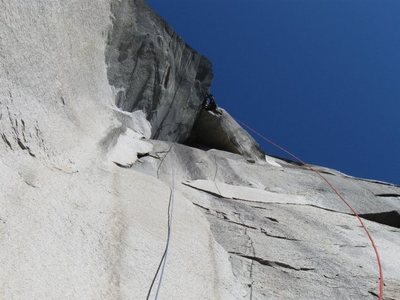 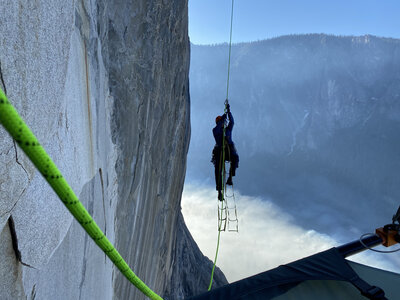 Tim jugging up pitch 10 on our second morning o… 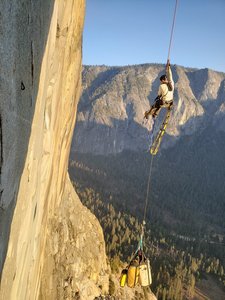 Jugging the pig line on the Nipple Pitch. Photo… 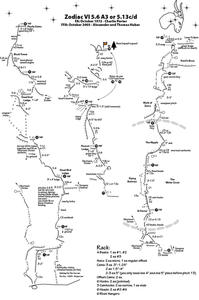 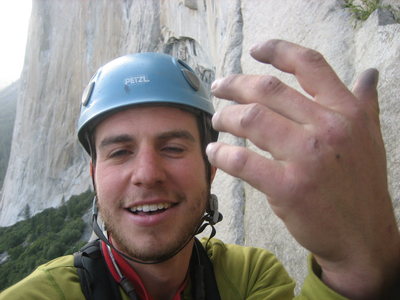 Matt P after taking a 30 footer trying to do th… 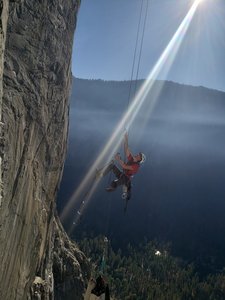 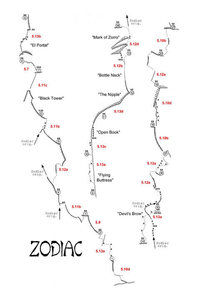