The climb is broken into the lower and upper Hitchock gullies with a pitch of easy hiking between the two. The lower pitch is often used to provide access to the many options of the east face slabs. The lower pitch is somewhat thin, moderate ice and snow to a 5.5 rock finish. Protect the top with slings on good trees. I would only give the first pitch one star if it were by itself, unless you are interested in moderate mixed climbing.

Be aware, especially later in the day, that P1 is the standard descent (rap) for climbers who have done Cinema and/or many of the climbs on the upper slabs.

The upper Hitchock gully is a great WI 3- pitch in a deep cleft. It feels like a miniature version of the Pinnacle gully in Huntington Ravine and though it is a full pitch feels way too short. This is a four star pitch for a moderate ice climber.

Hike south on the train tacks, just after crossing the second bridge look for a post on the right. (There's a memorial cross here, if it isn't covered with snow.) Hike up a somewhat sketchy approach, depending on snow conditions. The start to the gully is obvious. The upper gully is directly above the lower, with 150ft or so between the two.

Short screws and slings for the first pitch, maybe some nut placements. Standard ice rack for the second pitch 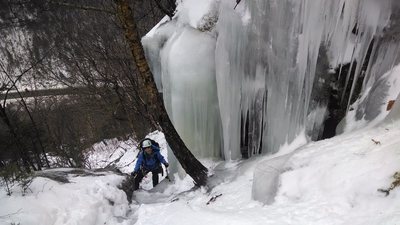 Lauren on the approach trail 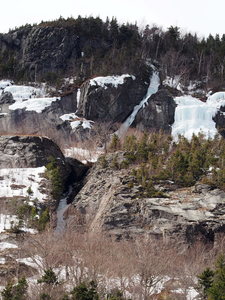 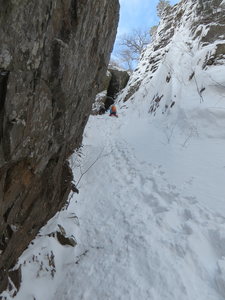 Looking up at a group above, just before the re… 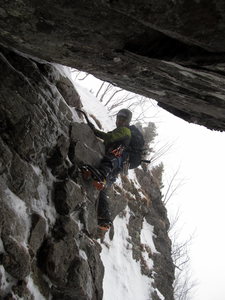 Leading the rock portion of Lower Hitchcock. I… 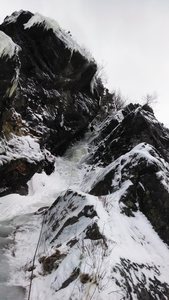 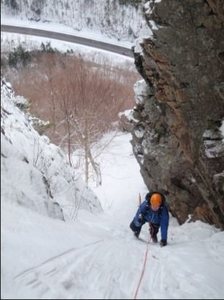 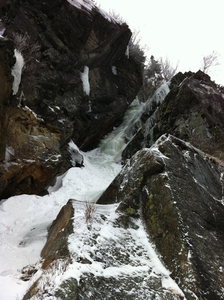 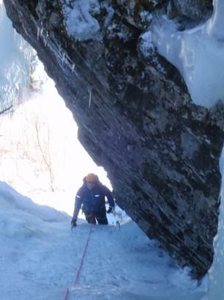 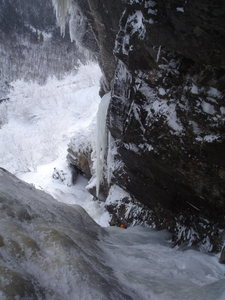 Looking down at Chad making his way up upper hi… 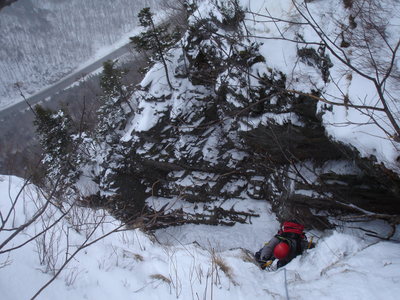 Bruce coming through the Mixed section of Lower…