A great pitch to avoid the mixed climbing on Lower Hitchcock, or to bypass a slower party. Not a bad climb in itself either.

From the base of Hitchock gully hike north (right) along the cliff band for approximately 5 minutes. The Flow will come down from a right facing corner, making it hard to see on the approach.

[Note: In 2015 the 'path' started about 300-400 ft up Hitchcock opposite a 20-25ft high boulder/cliff on the left. (This is the first significant rock encountered.) A rising traverse to the right through trees, then on snow-covered slab (50-100ft below a rock-cliff-wall) then further up and right led to the base. I'd say "5 minutes" is rather optimistic !

To use this as a descent: from the base of Upper Hitchcock, move downhill-left (climber's right) through open slabs and and then more-or-less straight down through some trees. Best to follow a path (as we did) if you haven't done it before. Rap anchors are on a 6-8" diameter birch tree; rap with a single 70m (or long-ish 60m) down the climber's-left side to a huge double-trunked tree. Ropes will run over rock about 20 ft down, watch for potential lose rock. R. Hall] 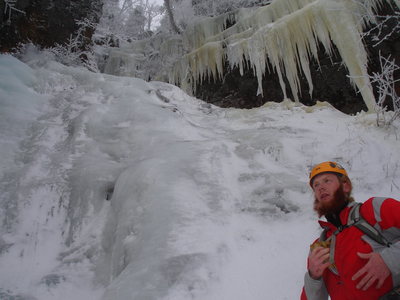 Chad professing his love for ice at the base of… 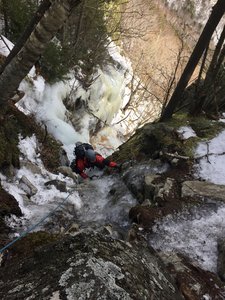 The top out can have some mixed moves. 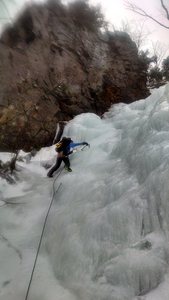 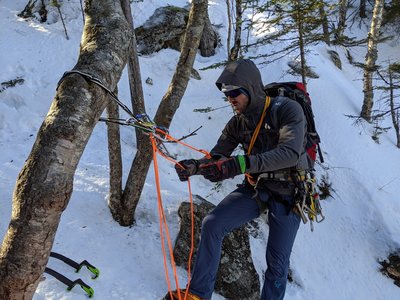 Plenty of natural anchor options at the top of… 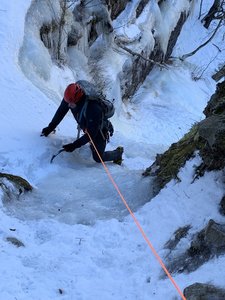 Aaron nearing the top of LHMW 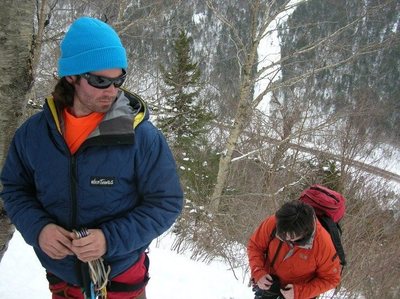 Jon and Joshua gear-up at the bottom of Left Ha… 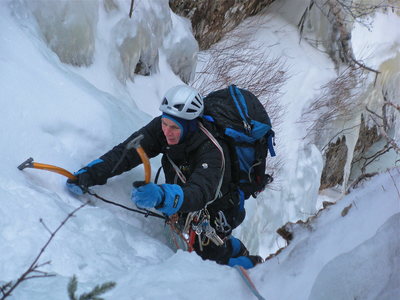 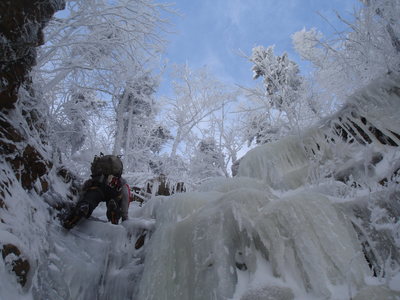