This is a great introduction to RRG old school trad climbing. There are no fixed anchors, most first timers get mixed up in route finding and there is enough novelty to make you want to go back. Be aware that yahoos inhabit the summit and occasionally rain down detritus on to unsuspecting climbers. Helmets are good. Technical crux is the first fifteen feet, but you can cheat on the large hardwood. Route finding cruxes abound, most notably the second and third pitches. On the second pitch traverse the ledge ALL THE WAY TO THE RIGHT END and climb up the slab. On the third make the unlikely airy traverse LEFT on the next ledge. I've climbed this route more than 10 times with a new group of partners each time. It never gets old.

Hike upstream along the Red River into the Upper Gorge from the concrete bridge at the Menifee/Wolfe County line. Look for a distinct buttress east of a large slab before the river bends hard right. Look for the left slanting wide crack on the south face of the buttress.

Per KyleHeckler:
The guidebook says "rappel or walk off left" This is wrong. Walk off RIGHT. There are nice trails that lead right around the waterfall to a breakdown in the cliff. 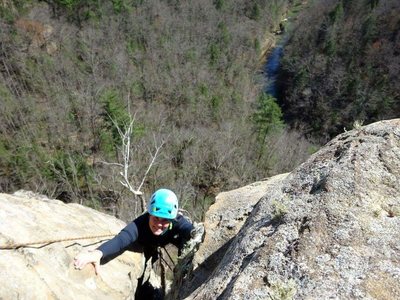 The final crack that takes you to the top of th… 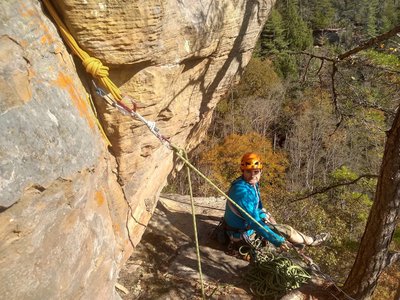 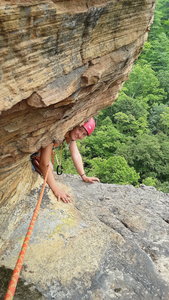 Maggie coming out of the traverse 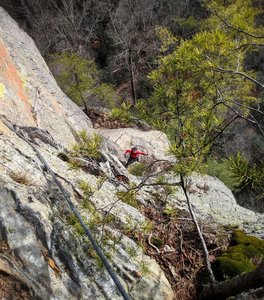 View from top of pitch 4, looking down. 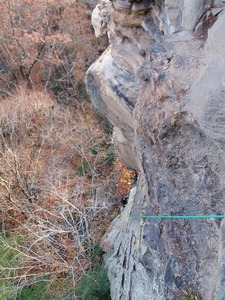 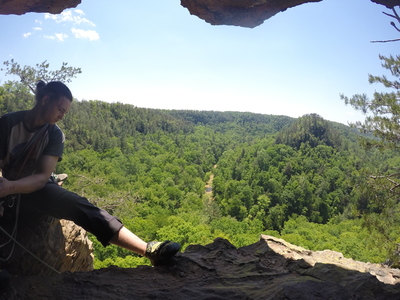 View from the top of the third pitch. 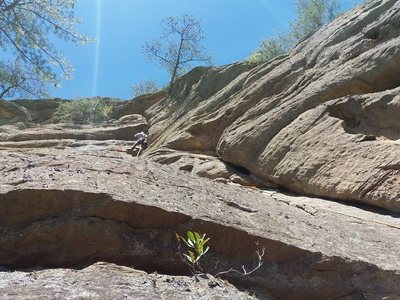 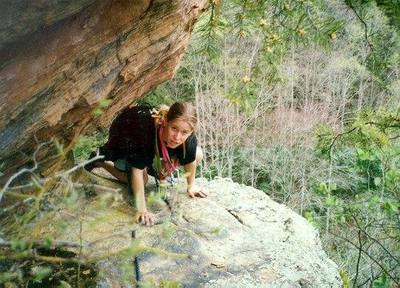 Mindy Huddelston on the exposed traverse of Fox… 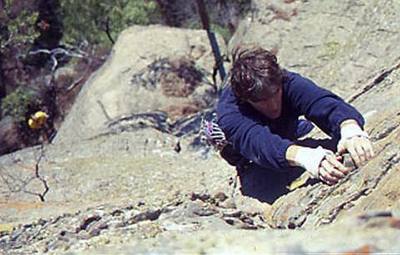 Randy Childers pulls the exposed bulge on the f… 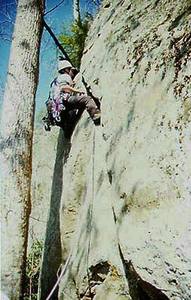 This is the start of the route. Climb the crack… 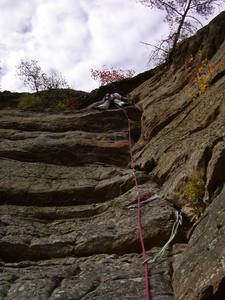