Great long route up Pingora. Mostly hands to offwidth climbing with some dihedral and a bit of slab. Mostly sustained 5.7 for the first third, then eases up for the middle third, then steep sustained 5.7 with the crux pitches for the last third.

Climb: Climb the lower crack section for about 3-4 pitches depending on how far you stretch it. After this you'll reach a large grassy ledge. Continue following straight up the lower angle cracks to another large ledge for another couple pitches. After this follow steeper hands-slightly offwidth cracks to the top for another 3-4 pitches. Total between 8-12 pitches for about 1400 feet of climbing from bottom to top.

Variations: can bail when level with the South shoulder by scrambling around to the left at the top of the easier climbing just before it kicks up again around pitch 6-8. Can finish on East Ledges for the last 2-3 pitches.

Approach: Starting from the east side of Pingora, around the corner from the south shoulder, find a snowpatch. The climbing starts to the right of this in the left leaning and rightmost of parallel cracks.

Descent: rappel the south buttress route in about 3 raps. A single 70m will comfortably get you down. A 60m will require some easy downclimbing to get to the next rap station. 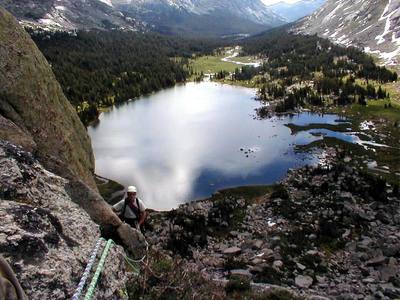 Nice shot of the lake below. 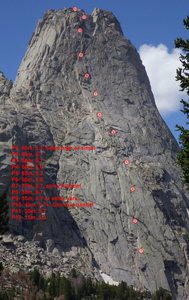 One variation, there are many. 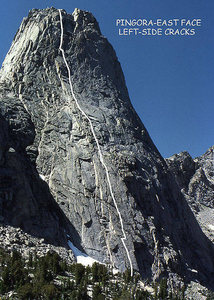 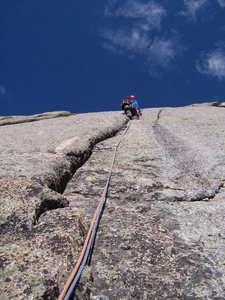 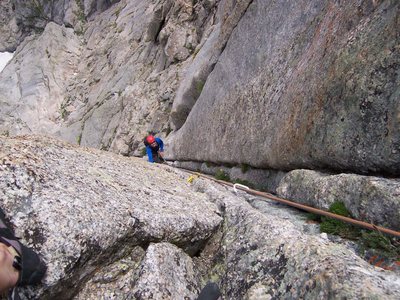 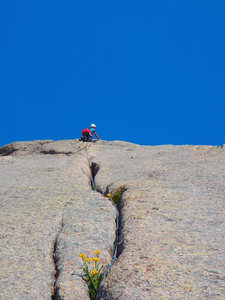 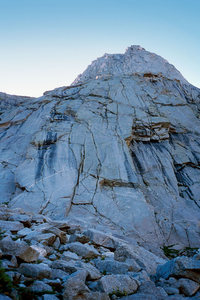 Start of route - parallel cracks or dihedral on… 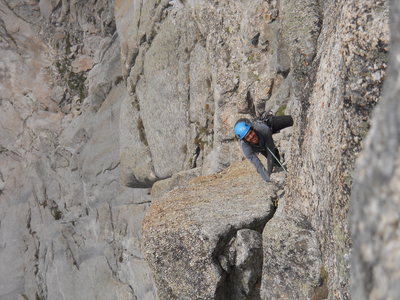 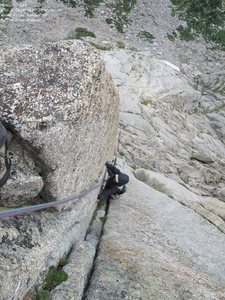 Gokul, about p9 (just above the East Ledges) 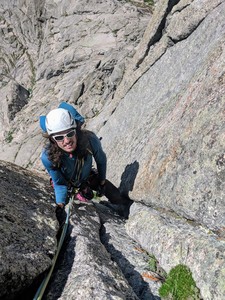 Joey jamming the cracks (and his impending poo)… 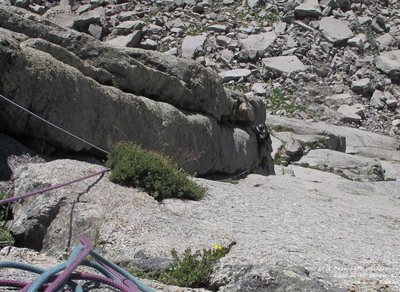 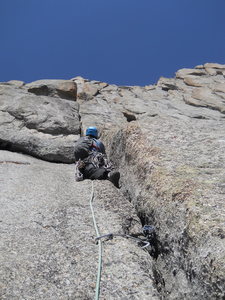