"Although not the best route in El Rito, this route is still pretty good. Offering "easyish" 5.12- climbing up to a V7 or V8 crux right after the last bolt. Its definitely worth doing, if the stuff at the Rad Wall isn't hard enough." -Ben Schmitt.

"This route was originally touted as 13c/d, which is laughable. Most people seem to be able to call it 13b without blushing, so its probably a soft 13b. Rumor has it you can climb up the arete and skip the crux, making it more like 12+. The 5.13 grade assumes you follow the obvious line." -Monomaniac

To the right of Whipper Wonderland starting in a cave. 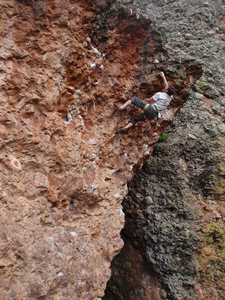 Matt Moore getting read to move to the finishin… 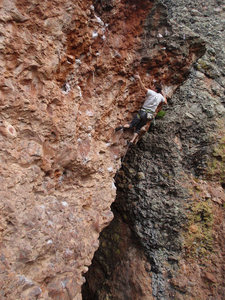 Matt Moore moving through the crux into another… 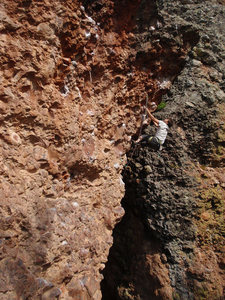 Matt Moore back on the arete just before the crux 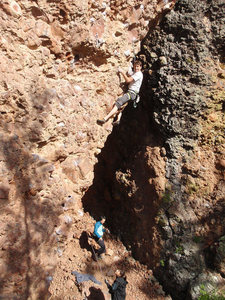 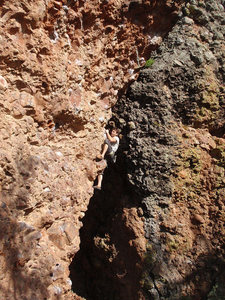 Matt Moore moving around the corner 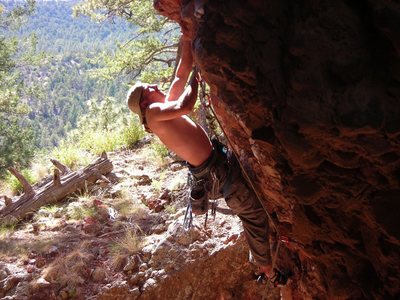 Drew getting wild on The Thing.

More About The Thing