This sustained excursion (lots of 4th and easy 5th class) starts on the summit of Lone Eagle Peak (reached either via the North Face Route or Solo Flight) and traverses south along a spectacular ridge to the seldom-visited summit of Iriquois (12,799).

From the summit of Lone Eagle follow the Solo Flight route south to the one point at which it drops over a notch onto the west side of the ridge. Descend 100 feet west down a gully and continue up and south on a grassy, diagonalling bench below the ridgeline.

Climb Iriquois as best you can. The terrain is easier and more broken up on the west side of the north face.

This traverse has numerous easy fifth-class sections and plenty of options for either increasing or decreasing the difficulty. It's possible to escape east toward Triangle Lake in a couple of spots should weather move in, but once on Iriquois itself you're fairly committed.

If you're camped at Crater Lake you can either reverse the traverse until it's possible to descend to Crater Lake or go west from Iriquois' summit over Hopi and down Achonee's southeast gully. Alternately, continue east along another tricky, jagged ridge to the summit of Apache and make your way back east toward Brainard Lake as best you can. I continued over Navajo and down Niwot Ridge for full flavor . . .

If you're breaking this up into pitches then you may never get there . . . A light rack and a small-diameter 60-meter rope should be sufficient. 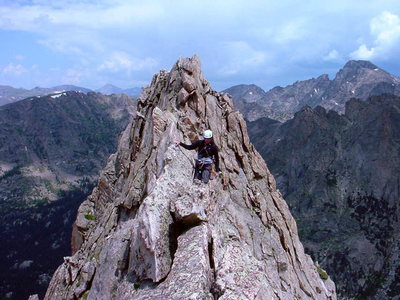 Joey Thompson on the ridge of Lone Eagle Peak. 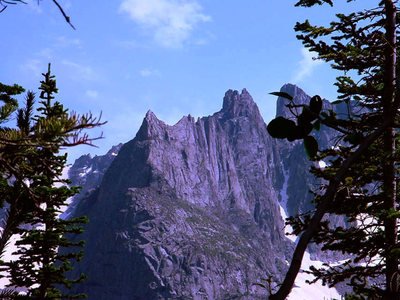 Profile of the Mohling Traverse. 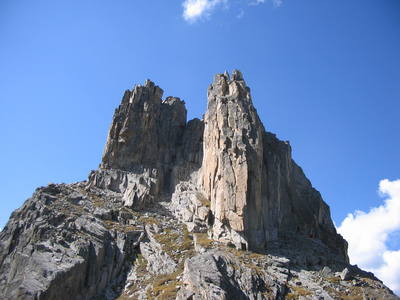 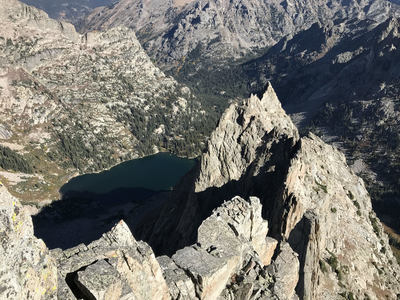 Looking back at Lone Eagle summit and Crater Lake. 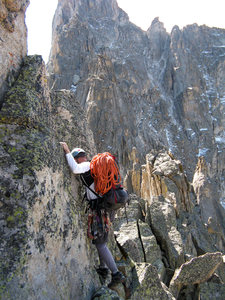 Between Limbo & Iroquois on the Mohling Traverse.