Access Issue: Due to COVID 19, please be respectful of the residents of Almo. Wear a mask when indoors at places like Rock City or the Visit. (1) BLM Managed Lands at Castle Rocks PERMANENTLY CLOSED TO CLIMBING!! Castle Rocks State Park lands are OPEN TO CLIMBING (2) Highlining temporary ban in place at CIRO/CRSP Details

(1) The BLM has amended the Cassia Resource Management Plan (RMP) to permanently close the 400 acres of land it manages in the Castle Rocks Interagency Recreation Area to staging, traditional rock climbing, sport climbing and bouldering, as well as overnight camping and development of new trails.

The adjacent Castle Rocks State Park and the National Forest Service land to the north remains OPEN TO CLIMBING,
as does the nearby City of Rocks National Reserve.

(2) HIGHLINING IS PROHIBITED
By the authority of the park manager, Highlining at City of Rocks National Reserve and Castle Rocks State Park is temporarily prohibited as of August 28, 2019.

Arrest and/or hefty fines are likely if caught rock climbing with ropes and gear in the BLM land.

Please respect this closure to ensure access to the open climbing at Castle Rocks is not threatened.

See this link from the Access Fund for additional info and maps: accessfund.org/open-gate-bl…

The "Final Supplementary Rules for the Castle Rocks Land Use Plan Amendment Area, Idaho" is located in the Federal Registry. This document gives the details on the closure but doesn't provide a map. You can check it out here: federalregister.gov/documen…

The setting for one of the the fist and early, outdoor climbing competitions, The Comp Wall is rich in history and controversy. Top climbers came from all over to compete in the 1989 climbing competition. The scene of big controversy, this Tony Yaniro brainchild featured chipped, glued, and bolted on holds. Unaccepted at the time, most forms of climbing media decided to purposely scorn coverage of the event due to the added holds, some climbers even left the event after seeing the construction. Since the competition, nearly all of the fabrication has been removed. The men's semi-final route has been decommissioned, whereas the Women's Semi-Qualifier route still exists. The men's final route, Redrum is still there and remains a classic test-piece.

Great rock, long varied routes, and an interesting history make this one of the best areas at Castle Rocks. Home of some of the park's hardest climbs, this area still has something for everyone. With nearly a route at every grade, sport, trad, and mixed, it'd be hard not find something to climb. Bring gear, draws, and at least a 60m rope.

Follow well-signed paths north of the parking lot. A 20 minute walk on a solid path leads directly to the wall. 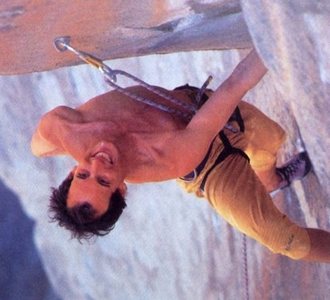 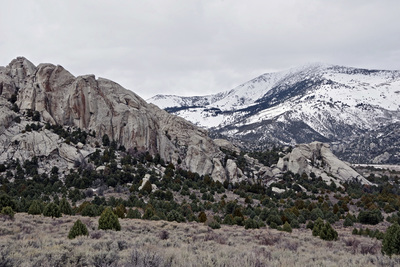 All Photos Within Comp Rock