Description: The Mulanje Masssif is truly unreal! The potential for climbing here would be equivalent to showing up in Yosemite during the 1950s. There is a comparable amount of rock in this range to Yosemite or Squamish and less then 30 documented routes. The biggest vertical faces in Africa reside here. The West Face of Chambe is 1600m tall. With the little development that has happened in Mulanje, one would think that it is super remote. However, these walls are only 75 minutes away from an international airport (Blantyre) and many of the walls are less than hour hike from a paved highway.

The rock is extremely high quality granite that would rival the likes of Yosemite or Squamish. There just aren't many cracks so bolts are needed for most routes. Traditionally, the routes were very runout and followed chimney systems and easy slabs. In the last few years, a couple psyched developers have opened some long, well protected routes on the Lower West Face of Chambe. Check out Passion and Pain or Fire on the Mountain. The area is brimming with new potential so if you are into developing and looking for an adventure, bring your drill and as many stainless steel bolts as you can get your hands on! There are so many massive cliffs that have never been ascended and the cliffs that have been climbed still have room for hundreds more routes.

It measures approximately 13x16 miles (22x26 kilometres) and has a maximum elevation of 3,002 m at its highest point, Sapitwa Peak. The base of the Massif is under 1,000m, so there is a significant amount of relief in the range.  Much of the Massif consists of rolling grassland at elevations of 1800–2200 m, intersected by deep forested ravines. It has many individual peaks reaching heights of over 2500 m.

An iconic feature of the walls here is fields of grass tufts growing on the wall. They can range from very solid to extremely useless. People have slung them as pro before but it is not recommended to that. When they are solid, they make a great thing to stand on while drilling on lead. Generally, the steeper the wall, the less tufts. Places where water runs during the rainy season tends to be the cleanest rock, but overall, the rock is very solid and not dirty.

The Massif was formed by the intrusion of magma into the Earth's crust about 130 million years ago. The surrounding rock eroded away over time, leaving behind the erosion-resistant igneous rock of the Mulanje Massif.  The elevation of the mountain is high enough for it to disturb upper level air flow and induce rain clouds to form around it, making it an important source of rain water at the head of almost every river that runs through this part of Malawi.

Location: Mulanje is in the south of Malawi at the heart of the tea plantations. It takes about 1.5 hours to get to Mulanje from the Blantyre Airport and about 5 hours from the Lilongwe Airport.

Climbing Season: Malawi has a sub-tropical climate, which is relatively dry and strongly seasonal. The warm-wet season stretches from November to April, during which 95% of the annual precipitation takes place. June, July and August are the coldest months with little to no rain. This is prime time. May and September can be good as well but might be a little hot. Mulanje is higher elevation than the rest of Malawi so it can get a little cold, but it should be perfect climbing temperatures with little to no precipitation during the winter.

Accommodations:  Mulanje is a popular hiking destination so their is some infrastructure in place. Likabula has many lodges. The Hiker's Nest run by Ruth was a great place to stay with nice, clean rooms and decent meals. It was a little expensive by Malawi standards though ($20-30 a day for a room and dinner). I do not know how it compares to the costs of the other lodges. If you want to explore more in the center of the range, there is a well organized system of trails and huts.

Permits and Guides: Permits are required to hike or climb in Mulanje. The permit can be arranged at Likabula Forest Station. There are fees for the huts and the permits. It is recommended to have a guide with you. They can help you with navigation, communication with locals, and carry loads. Reach out to Witness Stigma and George Parker. They both speak good english, know where some of the current routes are, know the land well, and are strong. If you need more porters, they will have plenty of friends. Ruth at the Hikers Nest will be able to find Witness for you. The costs for guides/porters is minimal for westerns and mega for the Malawians.

Guidebook: The now out of print "A Guide to the Mulanje Massif" is very handy, and a few copies still exist. You can buy used copies from Amazon or other online bookstores.

Hardware Recommendations:
Any hardware being installed here needs to be stainless steel. Preferably SS316 or PLX. This includes quicklinks and rap rings. Zinc plated hardware here will be extremely corroded in as little as a year due to the heavy rain season.

Other:
The massif is covered in hardwood forests and numerous waterfalls and streams flow across the central plateau. It can even snow here in the cold season, and expect cold temps at night any time of year.

There is a good road from Blantyre (the M2) via Thyolo to Mulanje. From the township there is a dirt road from Mulanje to the entrance at Likabula forest station. If using public transport take a taxi from Blantyre to Limbe, then from the Limbe to Mulanje town. Vehicles to Likabula are harder to find, but possible with the right fees... 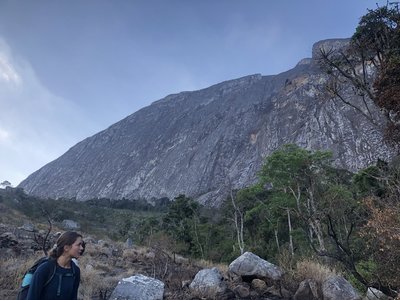 The left side of the upper West Face of Chambe 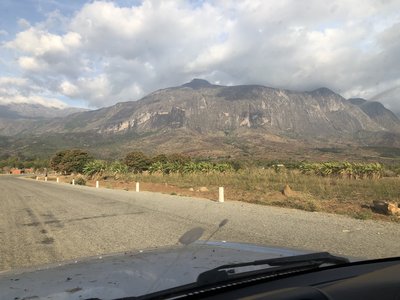 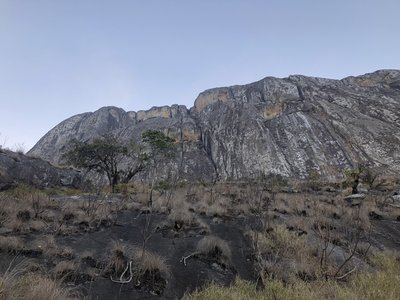 the 1000m tall upper west face of chambe. There… 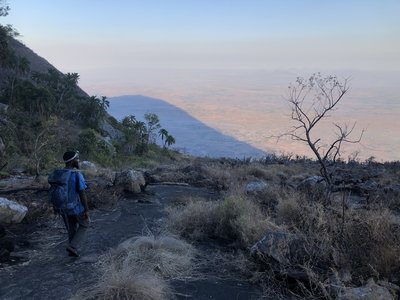 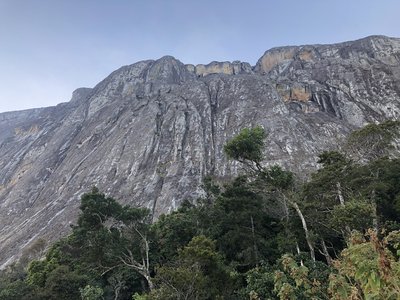 Part of the upper west face of Chambe. It is a… 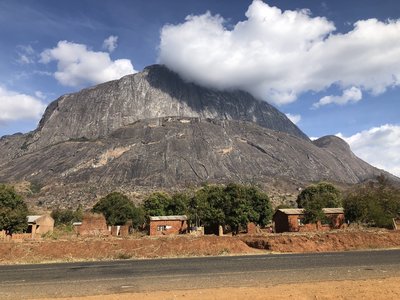 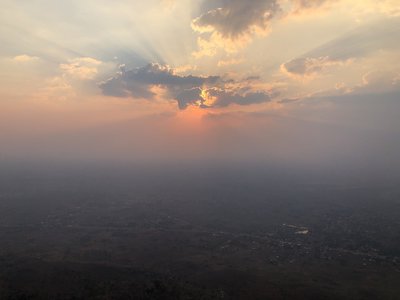 Looking out from the West Face of Chambe 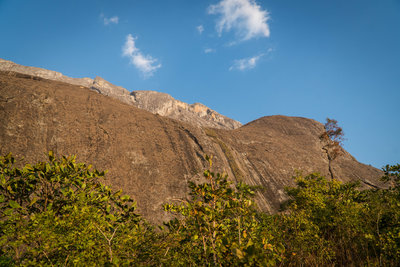 The right side of the West Face of Chambe with… 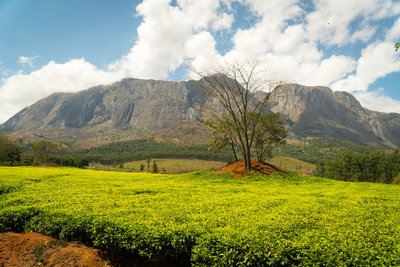 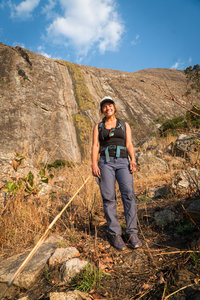 Emily Spahn after a hard day of work with the R… 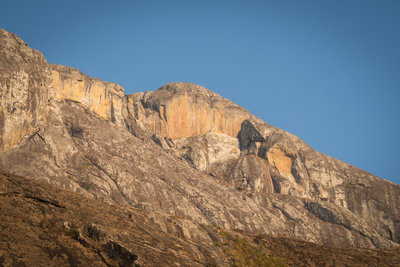 "The Malawi Diamond" on the Upper West Face of… 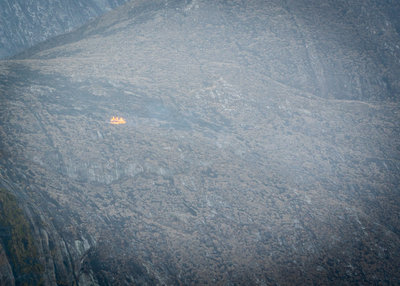 Some grass tufts on fire

All Photos Within Mulanje Massif