The middle peak of the Rabbit Ears group. The west face has some beautiful lines, and there is hard-route potential on the north side where a steep series of roofs dubbed the ChurchKey is found. You're not likely to run into other climbers up here, but you will find great 3-4 pitch routes. If you time your ascent right, you can climb in either the sun or shade. Even in July, you can comfortably climb here, although the approach/descent begin to get stifling.

Approach can be made from either side of the range (Starting from the Aguirre Springs parking or from the Topp Hut). The typical approach is to come from the Topp Hut. Hike into Rabbit Ears Canyon, past The Citadel. Continue up the canyon, staying in or near the stream bed which is usually dry. Eventually, there will be a lesser-gully that branches off to the left directly up towards the North and Middle Rabbit ears. Follow an indistinct trail in this gully and next to it on its south side. It leads roughly to the base of the West Face of the Middle Rabbit Ear.

The descent route is off the south side. Scramble down to a large tree, with several old slings and a wire-cable around it. A two-rope rappel gains a large tree-filled ledge. There is also an old belay station consisting of two old 1/4" bolts which allows you to gain the ledge with two single-rope rappels. Walk to the far west side of the ledge where a chain anchor is found. A single-rope rappel reaches the ground. 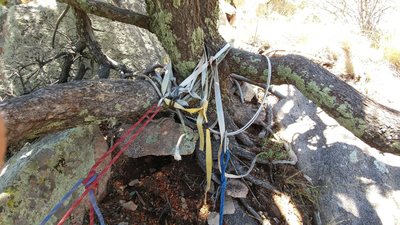 The South Face rappel off of the big tree. Tat… 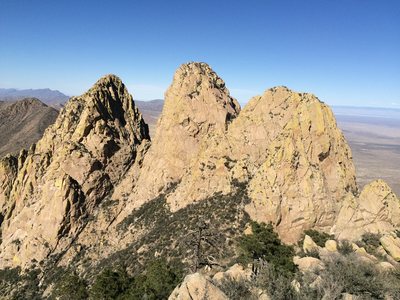 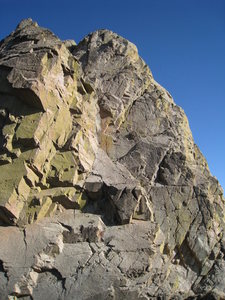 This photo gives some sense of scale to the "Ch… 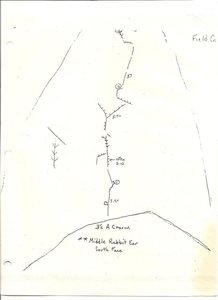 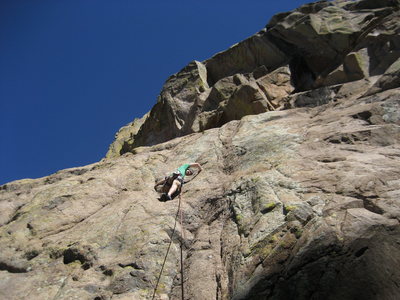 Ross Allen at the second bolt of an unknown rou… 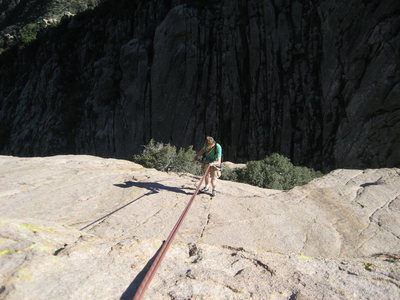 Ross Allen on the rappel off the old 1/4" bolts 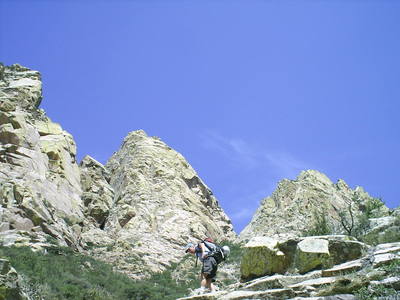 Scott Jones sweating out the descent hike after…

All Photos Within Middle Rabbit Ear