The SE face of Eisenhower Tower is a novel adventure climb on excellent Canadian Rockies limestone (an oxymoron if I ever heard one) and is highly recommended.

A small buttress of rock called the Dragon's Back juts out from the base of the tower. Begin on the left side of the Dragon's Back, up a short chimney/gully about 5-10 metres high that climbs to a bolted rappel anchor. 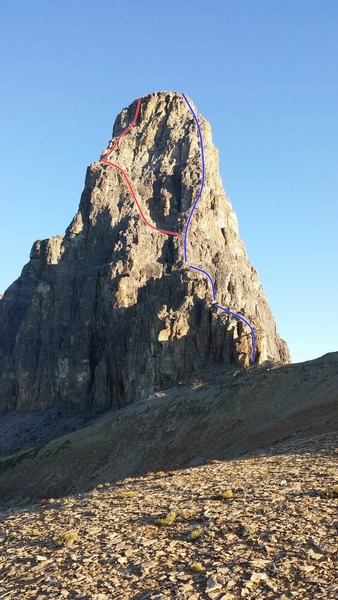 The SE face of Eisenhower Tower

From the gap it is necessary to climb a short steep wall, perhaps 5 metres high, split by a crack. A two bolt rappel anchor is visible on top of the wall. Either climb the crack or the wall left of the crack on good holds. Easy ground leads from the anchor to another steep wall.

Climb the steep wall past two bolted rappel anchors in one long lead to a third bolted anchor at the top of the wall. A scree bowl is to your left. From here there are two route choices. 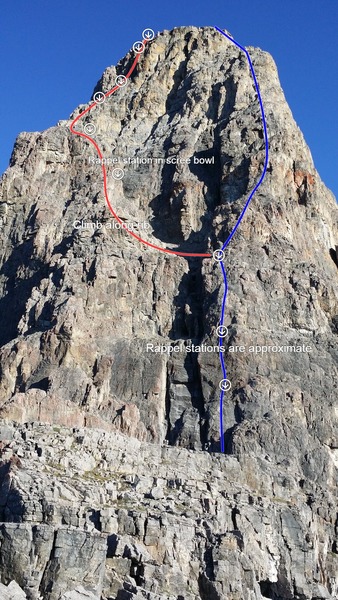 Upper portion of the SE face of Eisenhower Tower

The Right Variation
This is the recommended variation and climbs up and right along a rib to the summit in several leads. Difficulties are up to 5.6 or 5.7. I did not climb this variation and as such cannot comment further.

The Left Variation
Move left into and across the scree bowl and climb the rib left of the bowl to it's top in 1-2 leads.

Easy ground leads to a final steep section. Two pitches leads to the top from here past three bolted anchors

There and Back Again

Take the Rockbound Lake approach as per the Castle Mountain page. This leads directly to the base of the tower. 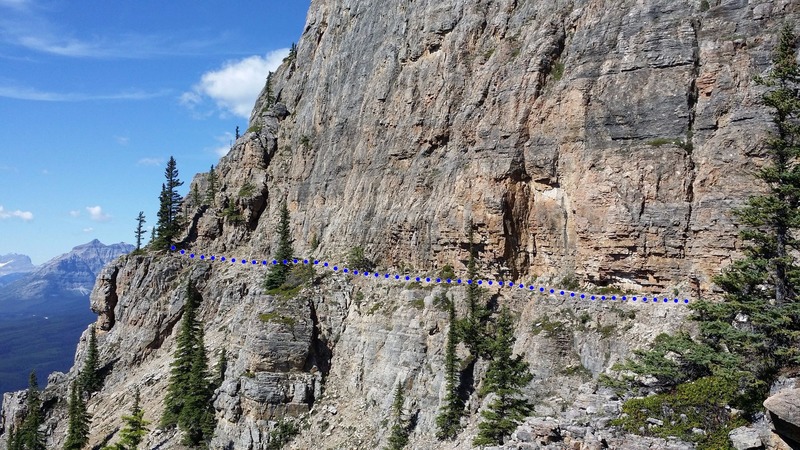 The exposed ledge traverse on the Rockbound Lake approach 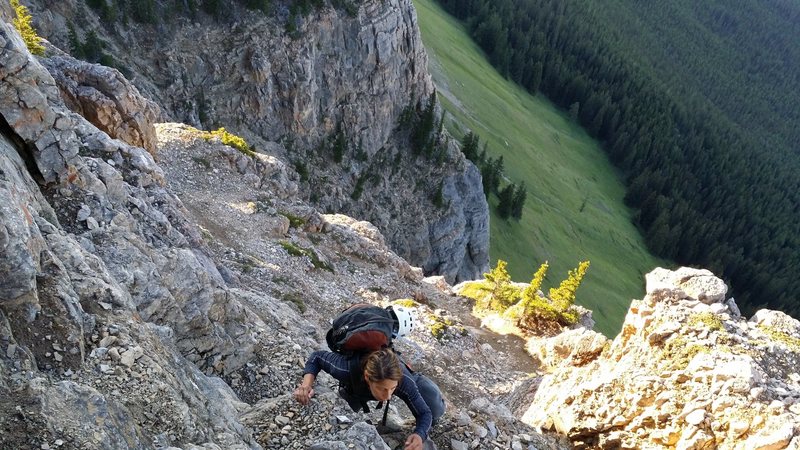 The top of the scrambling section of the Rockbound Lake approach

Descent
Take the left variation. The first bolted rappel anchor is about 5-10 metres down, though there is a tat anchor at the rim if the down climb seems too sketchy.

Three rappels, or two with some easy down climbing, lead to the anchor at the top of the short wall where the Dragon's Back meets the tower.

Rappel from this anchor down the wall, then continue rappelling down the gully to the east to reach the next anchor at a full 30m. Two more rappels lead to the ground.

A 60 metre single rope is fine, as is a light rack. I ended up soloing the route as my partner wasn't feeling well, so I cannot comment on gear specifics. Having said that, it appeared that a single rack of cams to BD #2 or #3 with a few nuts would be sufficient.

You come very close to the base of the route on descent so if you choose to use rock shoes on the climb you can leave your approach shoes at the base.

Despite the easy climbing this is still a time consuming route. 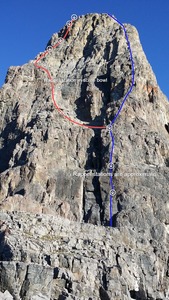 Upper portion of the SE face of Eisenhower Tower 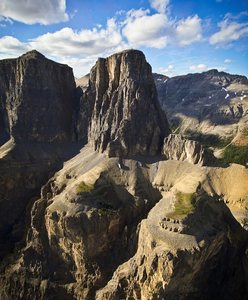 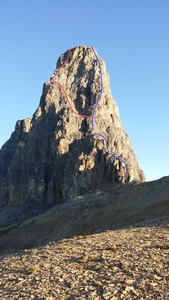 The SE face of Eisenhower Tower 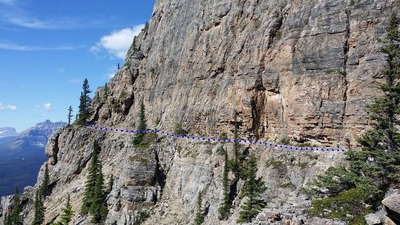 The exposed ledge traverse on the Rockbound Lak… 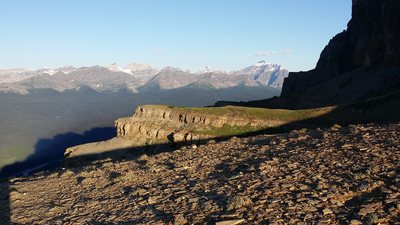 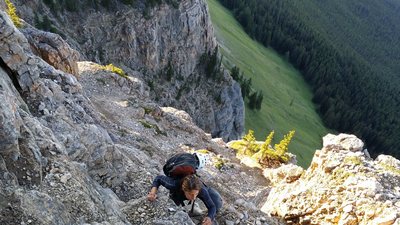 The top of the scrambling section of the Rockbo… 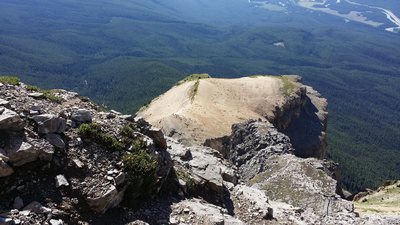 The view from near the top of Eisenhower Tower.… 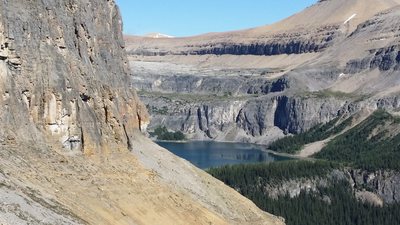 Rockbound Lake seen from near the base of the r… 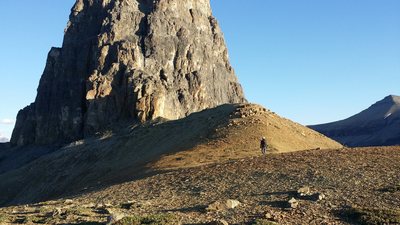 On Goat Plateau, just below the SE face of Eis…