This landmark problem was first climbed by Jason Kehl, and stands as a North American classic. At 55 feet, it is closer to a route than a boulder problem, and represents a new breed of boulder problems pushing the envelope of highball bouldering. The initial face was first ascended by Chris Sharma around the same time that he did 'The Mandala'. Originally, Chris simply dropped off from the lip holds at 20+ feet (most people down climb a bit before dropping). The initial face features steep patina crimps on immaculate rock streaked with yellow lichen. The drop-off problem is a classic in its own right and checks in at V9/10.

Jason's visionary line pulls the thin lip moves above the drop-off problem and continues onto an insecure 5.11 slab. The upper crux is purportedly V9. Since Jason's ascent, a variation has been established that takes a rightward exit that has easier moves, but on less than solid rock.

Center of the South face of the Grandpa Peabody.

pads and spotters...lots of them. 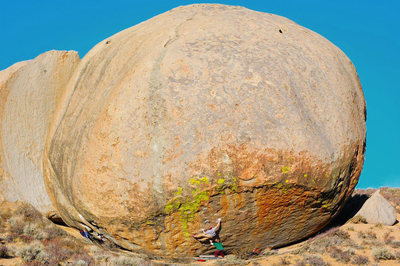 The opening moves of 'Evilution' 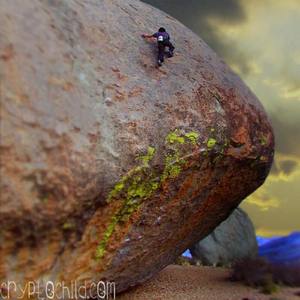 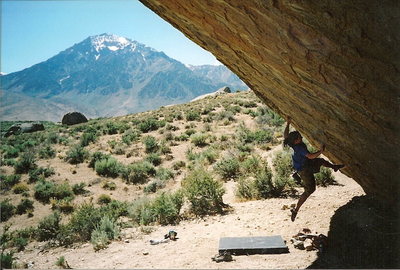 Jerad Friedrichs at the start of Evilution 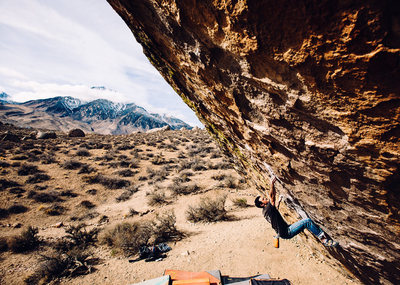 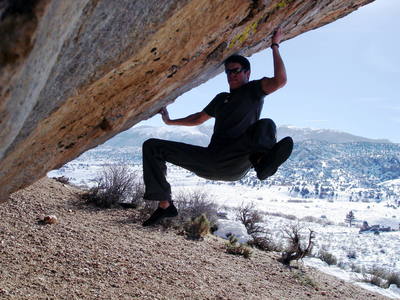 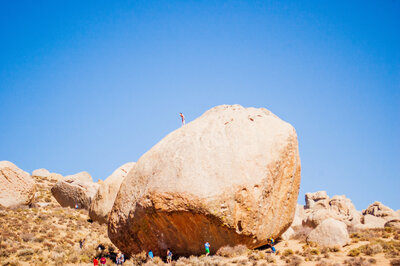 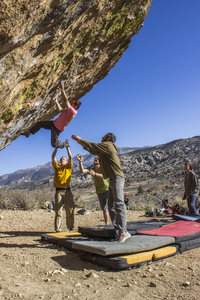