This covers a very large area, with the Great Western Divide being practically a range unto itself, although in character very similar to the peaks of the main Sierra crest. The Kaweah Peaks Ridge however is made from a black metamorphic rock which forms spectacular, albeit loose, jagged and intimidating peaks.

Access to the Great Western Divide and the Kaweah Peaks is invariably from the west, with trailheads running from Mineral King in the south to Cedar Grove in the north. The approaches are long, and can be arduous, they are also extremely scenic and spectacular, often leading through huge canyons to very remote camp sites by lakes at the lips of hanging valleys.

This area has some of the most beautiful and sprawling vistas of the range.

While the peaks on the west of the Kings/Kern Divide are accessible from the west, the more eastern ones can be reached from the eastern trailheads of Sheperd and Kearsarge Passes, and a few high cross country cols in-between.

Western Trailheads
From Three Rivers (via Hwy 198) head east along the Mineral King Road. Peaks of the southern area of the Divide, and the Kaweah Peaks (long but one-day) can be accessed from Mineral King, Sawtooth Pass and the lesser travelled Glacier Pass.

The following trailheads are best reached by coming south from Hwy 180 from Fresno:

Rowell Meadows - Forest 14S42 will take you, after many miles to the trailheads which get you access to Deadman Canyon, Cloud Canyon, Colby Pass via Roaring River Ranger Station.

For the following trailheads stay on Hwy 180 from Fresno:

Cedar Grove - take Hwy 180 through Grant Grove Village to Road's End - a long and scenic drive, if it isn't dark. From here you can access Road's End and Bubb's Creek which will take you to Sphinx Creek Trail, or further east to the East Lake Trail and routes up Brewer and it's satellites.

Eastern Trailheads
Shepherd Pass: From Hwy 395 in Independence, turn west on Market street, drive 4.3 miles to Foothill road, turn left. The road is not paved but wide for a while. The first parking lot (1.25 miles on Foothill Rd) is the stock trail. The road turns left and narrows considerably. In theory, only 4WD can go beyond this point. If you want to reach the hiker's trail, keep going on this very dusty collapsing road, and turn right at the next two forks. It's about 1.25 miles further down than the stock trail, which means that it saves you a mile and a quarter of hiking. The road is in terrible conditions (2013). It occasionally gets re-graded, but within two years it returns to its state of "quasi-impassable". It easily takes 30 minutes from Independence to the trailhead.

There is no campground, but one can just pitch tent at the trailhead and leave the car there. There are no bear boxes and there is no drinkable water. The hike over the pass is long and arduous, and may be sensibly split into two days; camping at Anvil Camp.

Kearsarge Pass: Take the Onion Valley Road west from Independence to the large parking loop at the trailhead (there's camp sites here too). Kearsarge Pass allows quick easy access over the main crest, but access to the northern peaks of the Kings/Kern divide takes a little longer, heading past the famously beautiful Bullfrog Lake down into Vidette Meadow, and depending upon where to plan to go, farther south either to Center Basin or Forester Pass.

From Onion Valley there's a short cut via the Robison Lake Trail over University Col to Center Basin, although the west side of the col is about 1,500 feet of nasty scree, so it may be better to hit it when it's snow - if you want to come out the same way.

Permits:
For the western approaches are available here.

For the eastern approaches are available here. 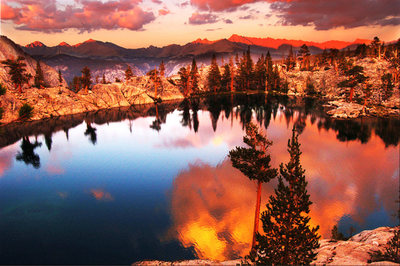 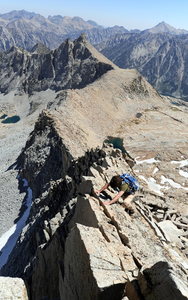 Some of the great ridge climbing on Mt Francis… 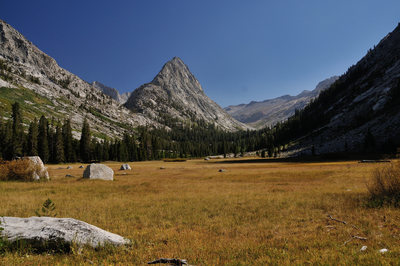 Whaleback as seen from Big Wet Meadow, one of t… 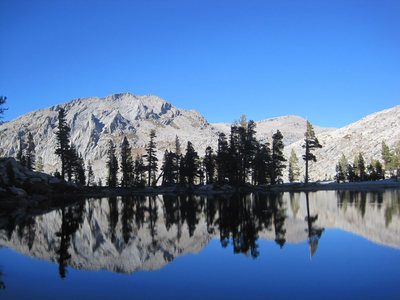 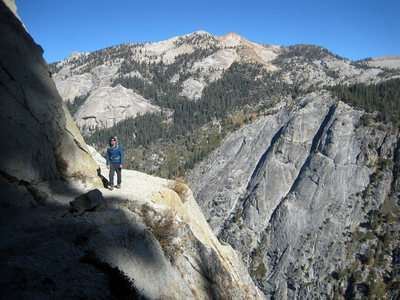 On the scenic Lakes Trail. 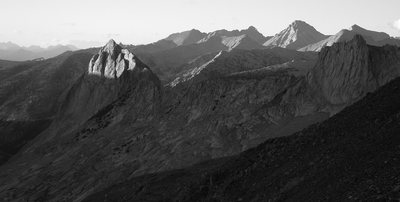 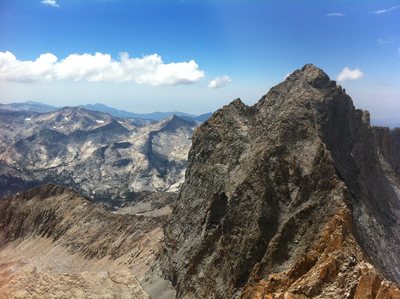 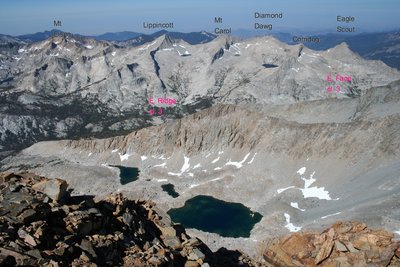 The Great Western Divide from the east, photo t… 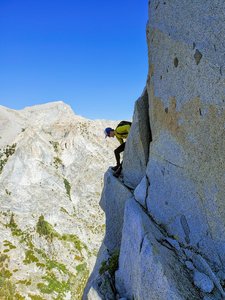 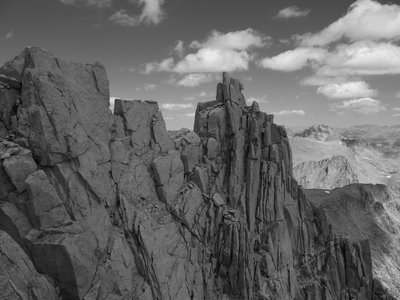