A granite dome in north Georgia, Mount Yonah could fairly be called the state's climbing school. It's a long-time training site for Army Rangers and the scene of many first climbs by beginners.

The history of climbing at Mount Yonah goes back to around 1960, when the Army began using it for basic mountaineering training. A legacy of that period is numbers and colors spray-painted on the Main Face rock to identify routes, along with lots of bolts. The Army still trains at Mount Yonah, but the days of paint and indiscriminate bolting are gone.

In the 70s, non-Army climbers like Chris Hall and Dave Fortner put up harder routes in areas that didn't interest the military. Later FAs were made by Michael Crowder, Jody Jacobs and others in the 90s, not only on the Main Face, but at the White Wall and Middle Wall as well. Crowder has also been instrumental more recently in working with the Army to replace many of the older unsafe bolts at Mount Yonah.

It's hard to categorize Yonah in terms of being a trad or sport area, especially with some of its unique features. For example, the Army Balance Climb area has a cable bolted to the face, starting at the trail and going up and across the tops of the climbs; you can set up topropes simply by climbing the cable (most of these can be led as well). The color-coded Main Face routes are heavily bolted. On the other hand, the "civilian" routes at the right end of the Main Face are either straight trad or mixed, similar to Stone Mountain, NC.

Though it's primarily a single-pitch area, Mount Yonah has a fair assortment of multi-pitch routes. For most routes, a 60-meter rope is plenty, but some of the Balance Climb routes are very long, so you might need two ropes in places. The Main Face is southwest facing, making it unpleasantly hot in the summertime, but other areas such as the Lowers can be shady enough to be tolerable in hot weather. The approach is long and fairly strenuous (an hour or so of uphill hiking), so pack light (a full rack is unnecessary).

Camping is permitted in certain areas; check the parking lot kiosk for details. At the end of the day, the big buffet at West Family Restaurant on Tom Bell Road hits the spot, or you can drive into Helen for more choices.

Don't forget to bring your Dixie Cragger's Atlas, the only known guidebook for the area. Also, some handy topos and a trail map can be found at Michael Crowder's website.

Mount Yonah is located about 1.5 hours north of Atlanta near the town of Cleveland. From Cleveland, drive north on GA 75 2-3 miles and turn right on Tom Bell Road for a short distance, then left on Chambers Road. Take a left onto a gravel road which will lead to a parking lot at the trailhead. Hike the trail to the first Army LZ, then follow signs to the different areas (Main Face, Lowers, etc.). 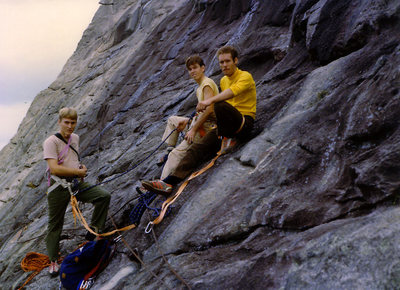 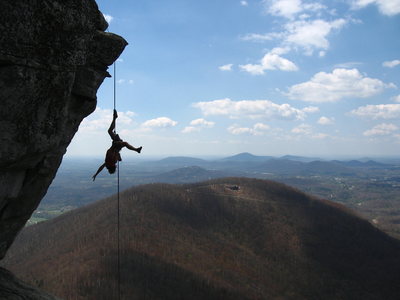 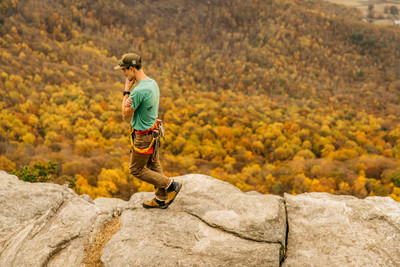 Anders Henson on the Summit of Mt. Yonah, Fall… 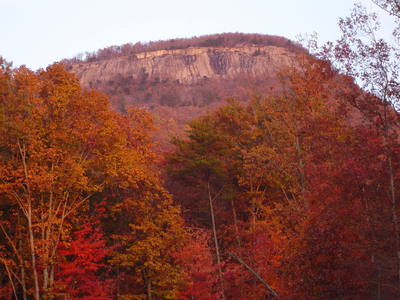 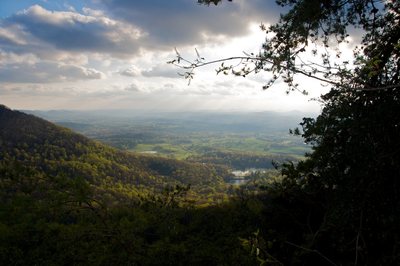 Peaking out from on top of the Patriot Wall.

Panorama from the top of the main wall. 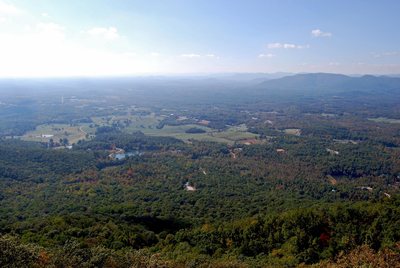 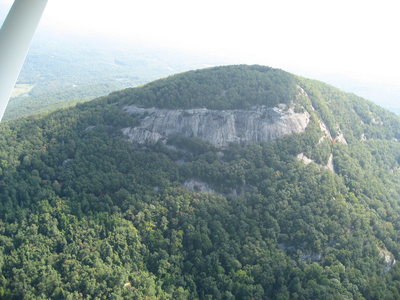 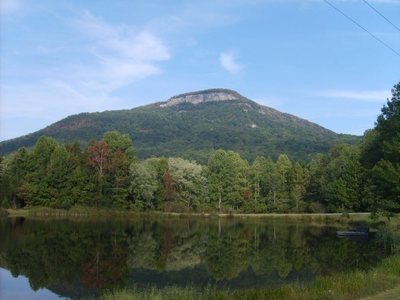 Mount Yonah from the road 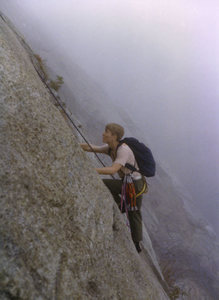 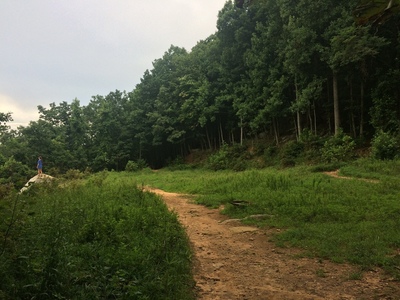 Army LZ. The trail to the main face is the one… 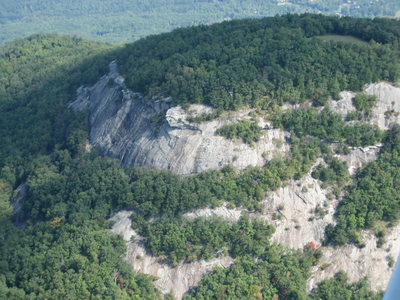 All Photos Within Mount Yonah