By now, this spire has become one of the most sought-after alpine routes in the country, and along with the Casual Route is likely one of the two most popular routes in RMNP. It is a great idea to have a plan B if you intend to climb this. There are numerous alternatives in the area.

The climbing is excellent on the standard route, and the summit is one of the most spectacular in the Park, or anywhere.

Park at the Glacier Gorge Junction Trailhead (a mile below Bear Lake), and hike five miles or so to Sky Pond (above Loch Vale).

Scramble up talus above Sky Pond to the Petit, which offers a steadily narrowing South Face and is overshadowed by the Sharkstooth to the West and flanked by the Saber on the East.

Andrews Glacier trail descent: per Paul Huebner: we did short rap down the back on the east side and traversed over to other spire behind it. Then we scrambled up to our left/west through chimney that opens up onto large ledge/ramp leading down to the base and back side of that spire. From there, we descended gentle snow field down to talus and continued on down the Andrews Glacier Trail (approach for Sharkstooth) to Loch Vale and on down to Glacier Gorge Parking lot.

Rap descent - per James Beissel: - All of the rap stations are bolted. If you are rapping off anything besides bolt you are screwing up.- You will need two 60m ropes- All of the raps are double rope rappels- Do not try to rap into the gully!!!- You should not have to downclimb at all

1. Rap from a Fixe anchor at the (climber's) right end of the summit. ~160 ft.
2. Rap from two Fixe ring anchors just past the terrace to a pair of Metolius rap bolts. ~160 ft
3. Rap from the fatty Metolius bolts to the big grassy ledge. ~160 ft. The next set of bolts are about 50' to your left at eye level, above a chimney of sorts. Addendum: it's exposed clipping the anchor.
4. Rap from the anchor over the void (homemade hanger + modern Fixe ring bolt). Pass up the grassy ledge (Second Terrace) at about 160ft. and aim for the big horn about 20' below you. There's probably slings around the horn. They'll help you spot the station, but you will actually be rapping from bolts below the horn. ~180' ft.
5. A 200+' rap to a big grassy ledge (First Terrace). The next bolts will be about 50' climber's right. Addendum: you may not reach this anchor, but there is a slung boulder at ~165' to make a short additional rap.
6. Another 200' rap to the ground off two Fixe ring bolts. 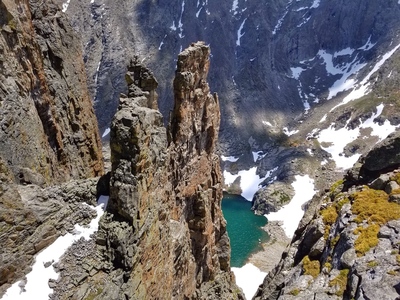 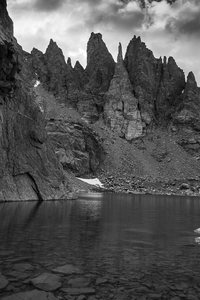 Sky Pond and the Petit Grepon. 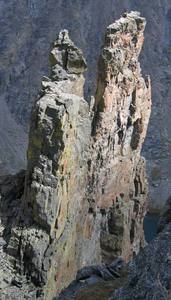 The Petit Grepon from the Gash 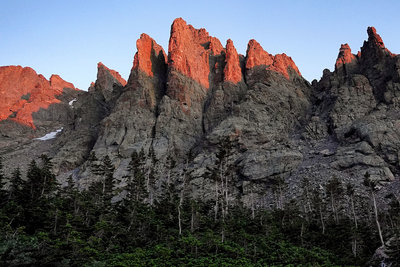 Morning glow on Petit Grepon and the Sabre. 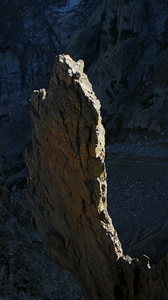 The Petit from the summit of the Saber. 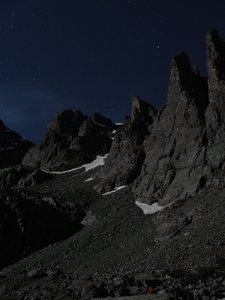 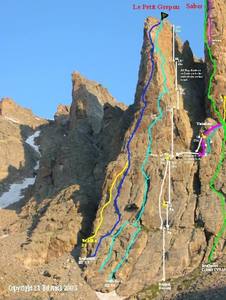 One of the premier alpine spires in the USA. W… 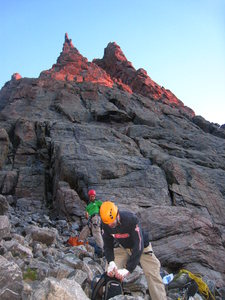 First rays of dawn, it's time to go. 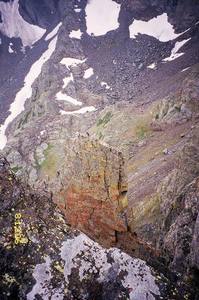 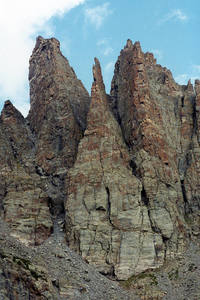 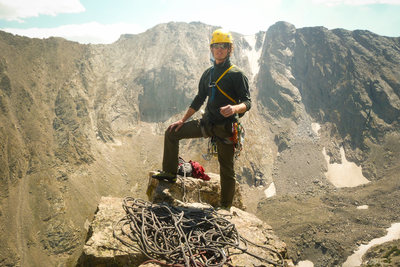 One of the sweetest summits in the state! 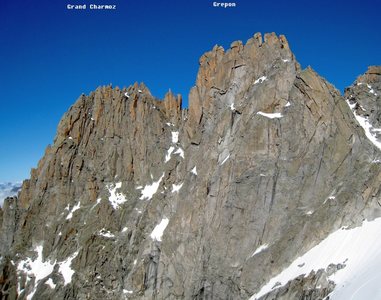 All Photos Within Petit Grepon