Rumble in the Bumble

Update: the temporary closure has ended. During recent monitoring, my technician spotted no falcons or young on the cliffs or in immediate nesting area where they were seen earlier this season. She saw an adult flying around the main canyon and heard it calling. The young is now able to fly and the family will likely hang around the vicinity for a while longer, but is not dependent on the nest site.

Previously: from Phillip Nyland, NFS - the peregrine falcons have returned in 2022 to nest in the Jellystone climbing area of Lime CC. As a result, the White River NF was enacting a temporary closure of the area depicted in the attached Forest Order, effective June 9 until 8/1/22.

A pair of peregrine falcons successfully nested here in 2020 during a similar temporary closure. In 2021, falcons did not nest in this area & a closure wasn't necessary.

A pair was currently attending a nest. During my last monitoring session, both birds were highly agitated until I backed away from the cliff edge out of view. The nest was in a location widely visible from access & climbing routes at the Endless Wall & Magic Forest. In 2020, climbing was possible at the Endless Wall during the nest & nest-departure phases, but that year the nest location made the pair & their young reactive & vulnerable to human presence at both cliffs.

The temporary closed area includes the cliff faces, top of the cliffs, climbing routes, & access routes to the Magic Forest & Endless Wall at Jellystone Park. The top of the cliffs are included in the closure, b/c we have seen the peregrines perched there. Closure information is posted at the beginning of the access route from FR 400. The closure ends Aug. 1. 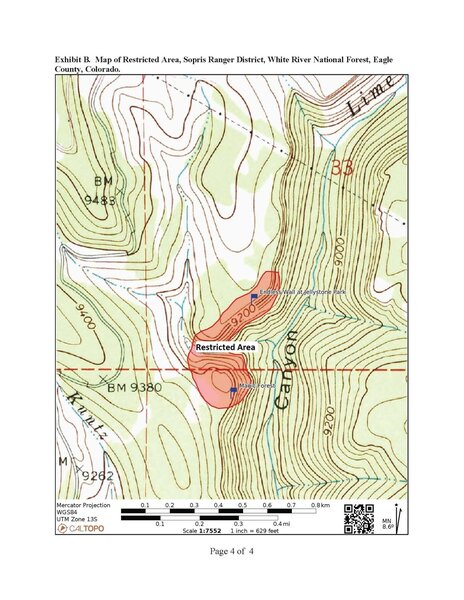 The White River National Forest proposes to establish a 5-year regulation, known as a “Special Order,” that would restrict human occupancy surrounding a peregrine falcon nest site during the nesting period in Lime Creek Canyon, Eagle County, Aspen-Sopris Ranger District, potentially from May 15 to July 31 each year based on observed nesting activity.

The proposed Special Order extends a short-term restriction set forth from June to 8/1/20 after monitoring showed the nest to be active for the fourth year from 2016-2020, and within the past two years in close proximity to popular climbing routes. The cliffs of Lime Creek Canyon are unique and have the specific resources needed for local peregrine falcons to nest, lay eggs, and rear their young. During this life stage, adults and young peregrine falcons can be disturbed by close human presence.

It is our intent to protect the area surrounding the nest site using science-based peregrine falcon information & monitoring. As possible, the restriction may allow for climbing & other human presence where this does not interfere with local peregrine falcons to nest, lay eggs, & rear young. As possible, the area to be restricted would immediately surrounding the nest site & adjusted in location if the birds shift their nest site during the 5 year restriction period. The proposed Special Order would be lifted annually on or before Aug. 1, depending on the status of the nest & the peregrine falcons present, & the Special Order would remain in effect until rescinded or until 8/1/25, whichever event occurs first. 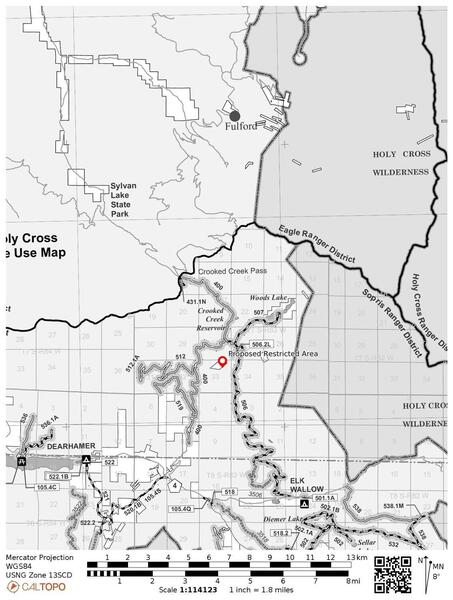 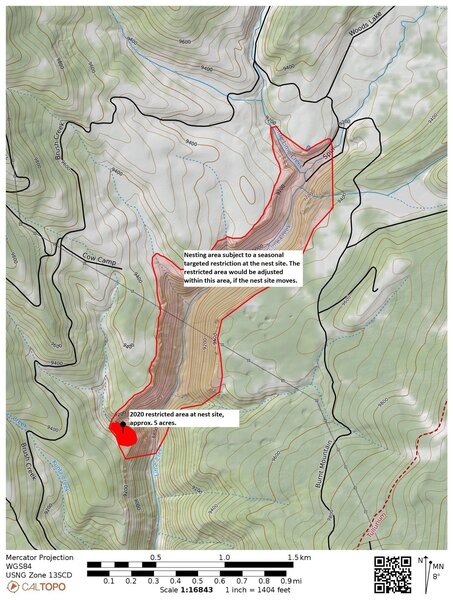 The area in which a smaller restricted area would occur during annual peregrine falcon nest activity from 2020-2025. Sent from Phil Nyland, USFS, April 2021. 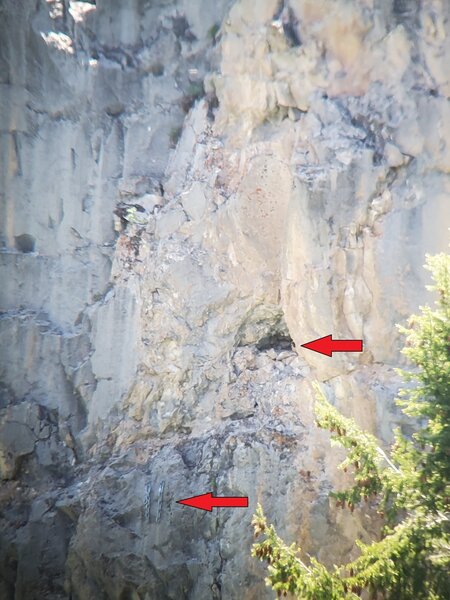 In 2020, the nest site was located immediately above anchor points of climbing routes at the Magic Forest. Sent from Phil Nyland, USFS, April 2021.

More information regarding the proposal, its rationale, and how to provide your comments is available by contacting the Forest Service.

Thank you for your interest in the management of your public lands.

Climb the first five bolts of The Bumbler, then stay left aiming for the splitter crack high on the headwall. Climb the stellar crack, then stay right of the dihedral at the top on nice pockets.

This is above The Bumbler.

More About Rumble in the Bumble