The gate one mile before the Palisade Falls parking area can be closed. You can park next to the gate.

Omega is the climber's left side of two flows that form in front of an alcove. It doesn't always form every year, and is often free-hanging. Occasionally, it forms a complete standing pillar. Depending on conditions the main stalactite can be reached via mixed route options inside the alcove (one of which named "Iota"). Descent: rappel from trees above.

There are two bolts on the alcove wall behind the pillar. Ice screws for the lead afterward. Trees at the top for anchors, but they're not easily accessible to set up a top rope. Access may be possible via a short route on the far left, "Left Out." 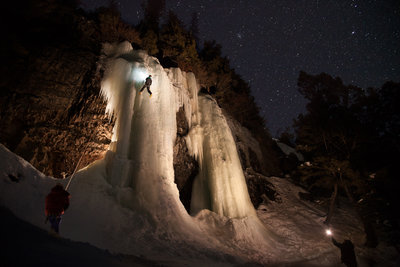 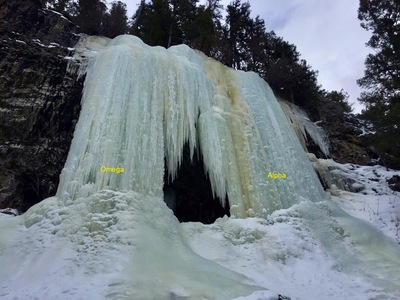 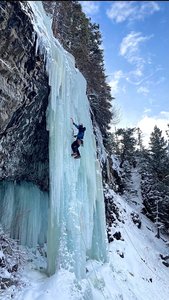 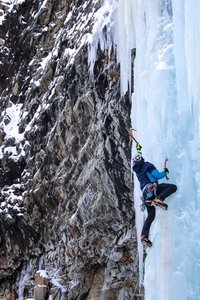 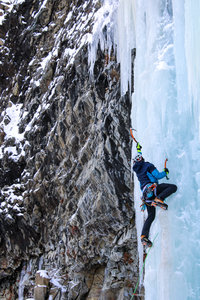 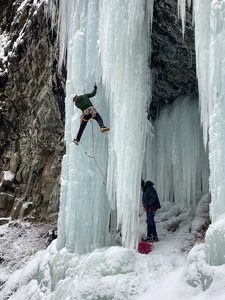 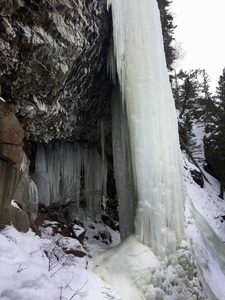 Side view of Omega in fat conditions with alcov…