The West Ridge on Pigeon Spire is one of the most classic climbs in the Bugaboo's. The route is not technically difficult, consisting of mostly 4th-class scrambling but the position and exposure are spectacular. The route follows the top of the ridge nearly the whole way climbing up and over two intermediate summits before topping out on the true summit. Simul-climbing the ridge is probably the best option if you want to go faster and still stay safe.

From the low point on the ridge scramble east to the first summit staying near the ridge-crest, sometimes to the south, sometimes to the north but never more than a few yards away. At the top of the first summit follow slabs down to a saddle and then continue up the ridge toward the second summit. Again stay near the crest until you get to a steep section that is avoided by following a ledge to a corner on the north side of the ridge. The corner will lead you up to the second summit from which some easy fifth-class down climbing to the north will end at a col between the second and main summits.

From the col, move left beneath the summit following icy ramps till you get to the bottom of slab angling up to the right. Climb up the slab continuing up a chimney to a loose gully on the left. Climb up the gully until you get to a 10"-wide left-angling crack. Step right to a large flake and chimney and then back left to a 5.4 handrail. Follow the handrail for about 12' and make a reachy move up and right to easier ground that leads to the summit.

From the Kain hut and Applebee campground go up the Bugaboo-Snowpatch Col and follow the Upper Vowell Glacier west toward Pigeon Spire. Walk past the Pigeon Spire to the north to the highest point of the Vowell Glacier and scramble south to the crest of the West Ridge. There is actually an outhouse near the ridge with signs leading to it, so if you see those signs then you're in the right place.

A very small rack is all that's needed consisting of a set of nuts and one set of cams to 3". 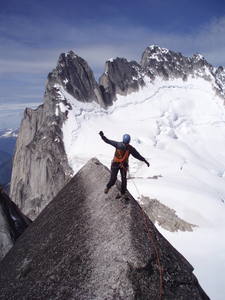 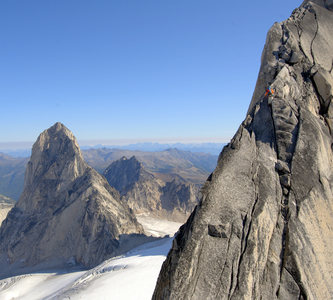 Approaching the summit of Pigeon Spire. 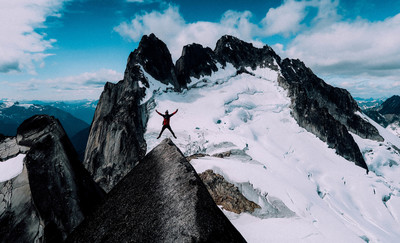 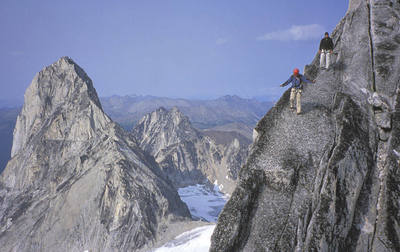 Lisa Foster and Paul Kejla on the descent with… 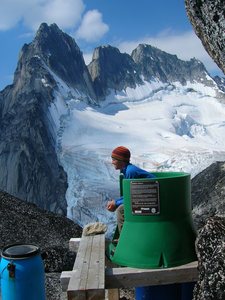 The new facilities at the saddle... 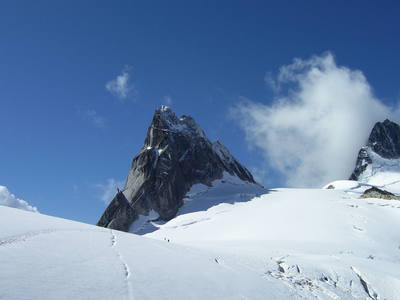 View of Pigeon Spire from the northeast. The We… 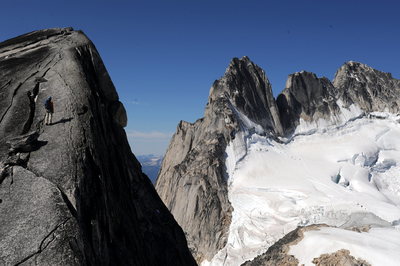 Stopping to admire the Howser Towers while desc… 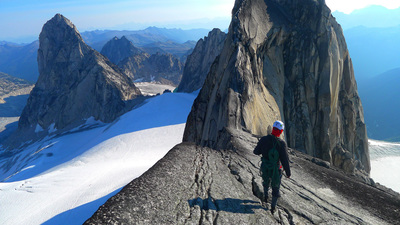 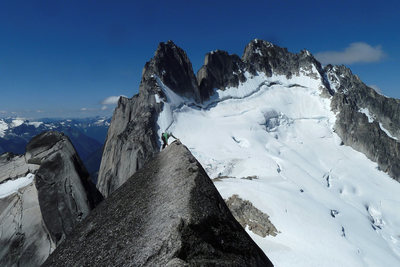 Great exposure on the west ridge of Pigeon Spire 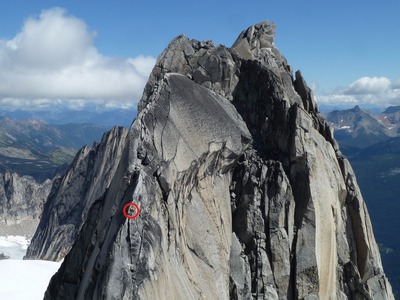 Climber on the west ridge of Pigeon Spire 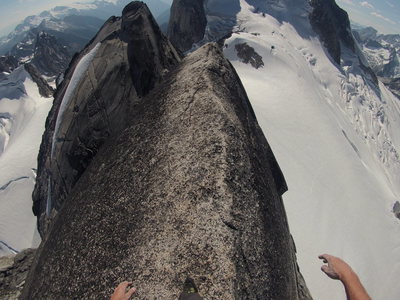 GoPro fisheye view of the exposed traverse on t… 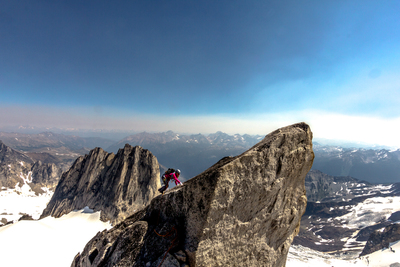