Four Gables is a mildly confusing mess of a mountain, and lots of misinformation about its name and location exists on the Web and in some guidebooks. This is a feeble attempt to clarify some of that. What I will refer to as the "Four Gables Massif" is the stretch of ridgeline from Peak 12,801' to the south, then north over the plateau marked "Four Gables" on the map and onto Peak 12,808'. At one point, the Four Gables summit register was actually on the highpoint of the named plateau, but was moved to the higher southern Peak 12,801' (hereby referred to as Four Gables South). To add further confusion, some guys at the Peaks for Freaks website took it upon themselves to name it "Horton Peak". Peak 12,808', just north of the plateau, was called "Four Gables North" by Fred Beckey in his 1975 AAJ writeup. This is the prominent pyramid-shaped peak that is visible from Bishop, located between Basin Mountain and Mt Tom. Those same Peaks for Freaks guys called this one Gable Lakes Peak... whatever. Go ahead and rename them as you please, its a free world!

A sampling of some routes:

The Four Gables Massif can be approached via a number of different trailheads depending on your objective.

Approach the east side of the massif from the Horton Lakes Trailhead off Buttermilk Road. High clearance is helpful.

Approach the northern aspects of the massif from the Gable Lakes Trail out of Pine Creek Road.

Approach the western and southern slopes (the walk-up sides) out of Pine Creek Pass and French Canyon. 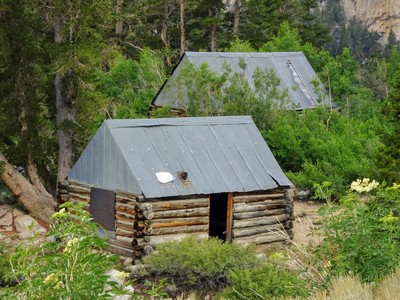 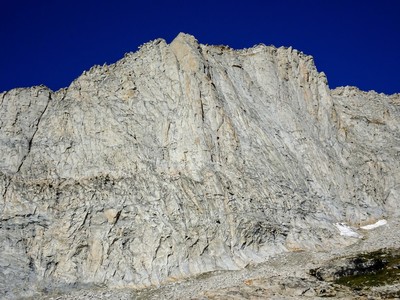 East Face of Four Gables South as seen from abo… 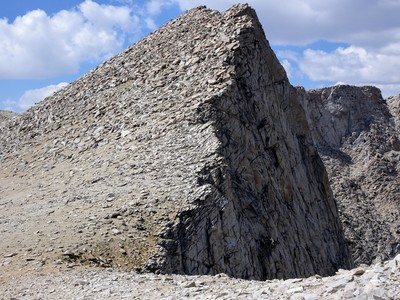 Four Gables South as seen from the long tedious… 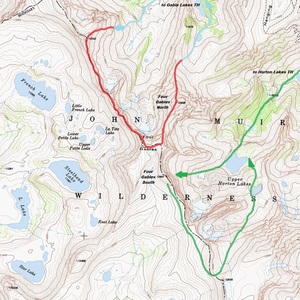