The Nameless Pyramid (11,920') is a prominent pyramid-shaped (duh) formation visible from the Owens Valley near Independence. It's 1,000-foot East Face has grabbed the attention of climbers for decades, and hikers headed along the trail near Kearsage Pass will look in awe at it's freestanding 50 foot summit block - surely one of the most exposed and exciting in the Range at 5.7X. Technical routes exist on the east face, as well as some 3rd and 4th class scrambles on the North and Northeast Ridges.

Some interesting history on this peak - according to the Secor guide and AAJ records at least 3 different parties all claimed the first ascent of the obvious East Face line - Ray/Turney 05/1968, Beckey/Brown 06/1968, and Aprin/Graber/Roberts 1973. In addition, two different "Direct" finishes have been done - Swayze/O'Brien 1993 and Brennan/Tipton 1997, and one of those parties saw evidence of a prior attempt. The summit block was first climbed in 1952 - proud!

Nameless Pyramid is approached from the Onion Valley Trailhead. This peak is doable in a longish day for fit parties. The approach to the east face is about ~3.5-4 miles long, leaving the trail at a switchback just above Heart Lake. From the car, we were at the base of the route in about 1:45. 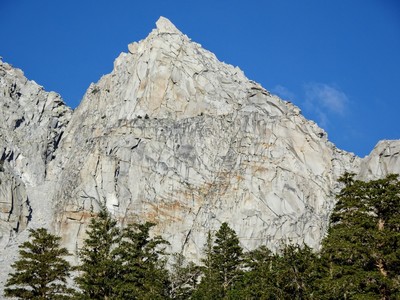 The east face of Nameless Pyramid 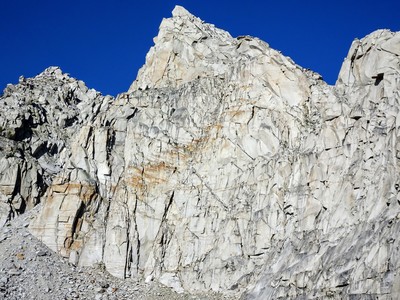 As seen from Heart Lake 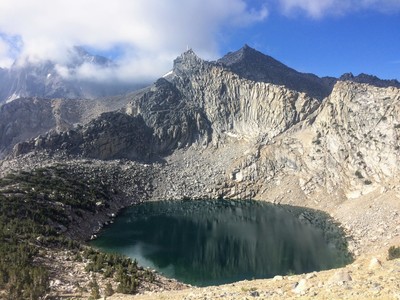 The north side of Nameless Pyramid showing the…

All Photos Within Nameless Pyramid