Omiš is a small port town of around 15,000 located in Dalmatia 25 kilometres (16 miles) south-east of Croatia's second largest city, Split. Looming limestone cliffs surround town with scenic views afforded by the Cetina River leading to the sea and across to the Island Brač.

Climbing in the 1970’s leading to sport routes in the latter nineties, some of the hardware is still being upgraded on the older, less popular routes. Visible white streaks are notable from the older, plated hardware and a few rusty placements and anchors provide some head’s up contemplation.

Easy access with flights to Split and bus service to town. Split, the second biggest town in Croatia (with a least as many tourists as residents!), is well worth spending some time in as a tourist. There are also a couple of local crags. Split can also be used to access the island of Hvar by ferry.

Optimal season would be of course spring or fall but the sun or shade could be chased in the winter or summer.

The climbing is found at 15 sectors:

• Seveti jure
A couple of 4 pitch routes at 6b.

• Planovo
River and roadside. Nearly 40 routes. From easy to hard, this is a popular locale with compact, slabbier gray limestone.

• Babina Bara
Just past the second road tunnel from town, right at the big right-hand bend in the river. Another popular spot with a variety of grades and fairly high route density (26 routes).

• Perivoj and Gospinica
Couple of klicks up the road with a dozen routes each. Projects and harder grades.

• Stomorica
Birthplace of sport climbing at Omiš. A couple of longer multi pitch routes on the far left side in the 6a grade range. Over 20 single pitch routes from 4b to 7b+ with most climbs at a moderate level.

• Crvena stina
One multi pitch with potential for more.

• Babnjača
A dozen routes, mostly single pitch. A couple of longer routes. A couple of routes in the 4b+, then a jump to 6’s on up to 8a.

• Komornjak
One multi pitch north of the Auto Camp Lisicina.

• Lisičina
Up the valley from the previous area. 4 routes in the 6 grades.

• Mile Gojsalić
Long single pitch crag with 22 routes ranging from 6a to 8a.

• Peovo
Above downtown with 9 single pitch routes, 6a+ to 7c.

There’s two local campgrounds.
Auto camp LISICINA. Located just north of the bridge over the River Cetina and a short, 5 minute walk to town and climbing at the Babnjača sector.
Ribnjak. South side of town below the Stomorica crag. Convenient to a fairly large grocery story/supermarket.

Easy peasy: coastal D8 highway with a scenic drive of 26km southeast from Split. Take your time and enjoy the view, the roadside food vendors, and a local restaurant and beach or two.

Mountain Project's determination of the classic, most popular, highest rated climbing routes in this area.
More Classic Climbs in Omiš » 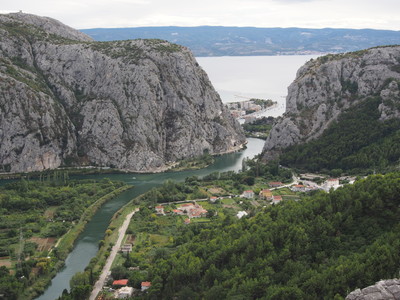 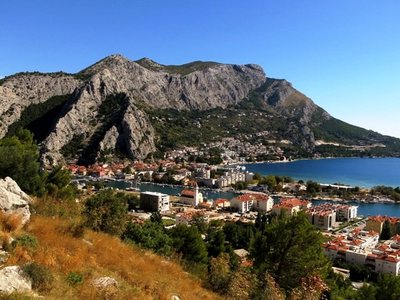 On the approach to Stomorica is this view of Omiš 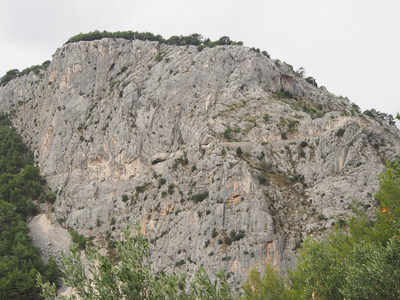 Someone said there were about 10 multi-pitch ro… 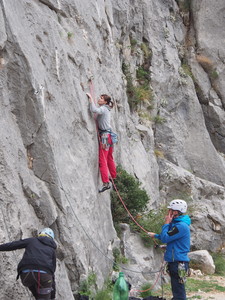 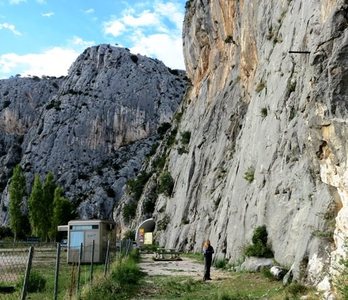 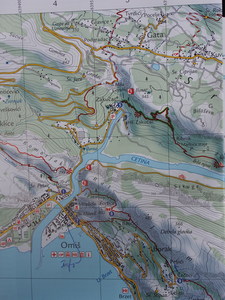 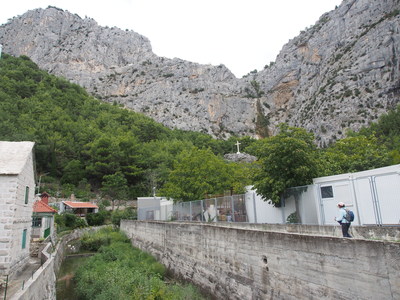 Bigger Walls just outside of Omis 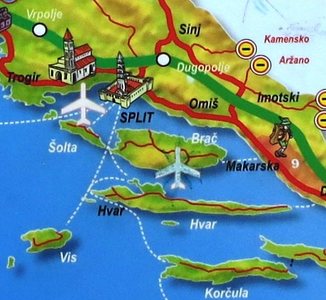 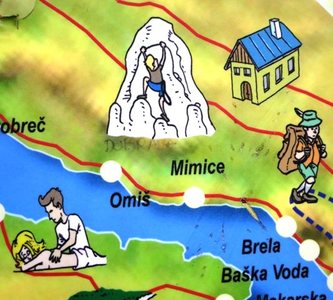 Fun map of Omiš from a beach in Split 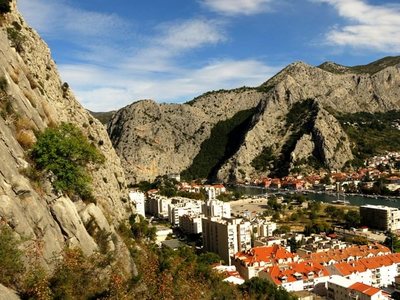 View of Omiš from Stomorica

All Photos Within Omiš