Developing area. They had their first climbing festival in the fall of 2015. This online guide: climbgreece.com/kyparissi/ provides the only information I know of for the 100 routes in the area. Trailheads are well marked, route names are written at the base of each route. All sectors have nice climbing to offer except Stavros, AVOID STAVROS (sharpest rock on Earth)! Best season is Fall (like everywhere), but sun or shade can be found if you read the guide.

Get in the Car

4.5 hour drive from Athens. Description of the drive available on http://climbgreece.com/kyparissi/

2018 Update (Robert Hall)-  There is a new road between (beach) Fokianos and Kyraprissi that apparently opened in late 2017.  It shows up on no maps, yet. This dramatically cuts the travel time between Leonidio and Kyraprissi. Part of the road is completely new, i.e. there was no road whatsoever prior to the construction, while the 2nd part of the road was a "1000% improvement" over what had been there.

There are also considerably more than 100 routes today; the area is extremely well covered in the Aris Theodoropoulos guidebook "Greece Sport Climbing: The Best Of" and this book is highly recommended for anyone going there.  It covers development in 2015 and 2016 and even early 2017.  It is available for shipment to the USA and all over the world through climbgreece.com/guidebook/ . While in Greece you can buy it in some shops in Leonidio and  in shops in the Athens area.

If there are non-climbers in your group, be aware that there is an excellent system of hiking trails around Kyparissi. (See "Hiking Trail Map")

Driving Directions -  (see the photo of the "New Road Map") From Leonidio take the road to the south towards Tsitalia (& Mari & Peleta) 17 km from Leonidio there is a distinct "Y" intersection (Photo). Take the left fork. (The right fork is the "old way" to Kyparissi via Peleta)  In about 2km you'll come to the tiny village of Amygdalia.  Here go straight where a road (seemingly a larger road) branches off to the left.

After passing the inevitable church and through the inevitable "squeeze" where it looks like you're going in an alley, not a road, the road will open up to farmland (olive trees). The road improves.  Take this "down" for about 13km, eventually arriving at the coast at one of the most beautiful smooth-pebble beaches I have ever seen. (photos) I believe this is "Beach Fokianos"; in the summer season there is a small "cabana", otherwise we saw nothing there to mark a "town", other than, of course, the inevitable church. There is an "outhouse / changing room" at the beach, and while the following is truly speculation I would think one might be able to "negotiate" camping near the beach with the owner/manager of the cabana.

The road swings right, crosses a small bridge and then opens up into the "new Road". Take this about 22 km to where it connects with the older roadway in the small town of Mitropoli, which is at the northern end of the Kyparissi beach. (Note: you will actually drive over the top of the first Kyparissi crag "Kapsala" while you are on this road. See that sub-area for directions.)

About Kyparissi - It's small.  There is neither a gas station (fill up in Leonidio) nor a bank, nor ATM so get your Euros before arriving. A few restaurants and a few hotel/motels, one small-to-modest "grocery store" with a "hardware" dept (not climbing hardware).  Most establishments do take credit cards, but I had a problem with my transactions getting through to my "bank"...not being denied, just not even getting to the bank for approval.   On the other hand, the climbing areas are relatively deserted, at least compared to Leonidio; we climbed at two cliffs in Leonidio and met at least two dozen climbers (a dozen at each). Climbing at two cliffs in Kyparissi (and walking into several others) we saw only 6 climbers total.

Finally, according to the Kyparissi website if you wish to "develop"/Put in new routes, it is possibly to borrow a drill and the town will supply the bolts and anchors.  The website also indicates that they will give you lodging, but that may be if you want to put in lots or routes.

Mountain Project's determination of the classic, most popular, highest rated climbing routes in this area.
More Classic Climbs in Kyparissi » 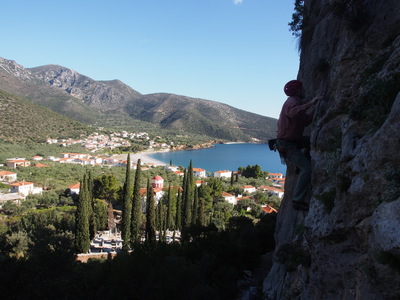 The village of Kyparissi lies below RW as he cl… 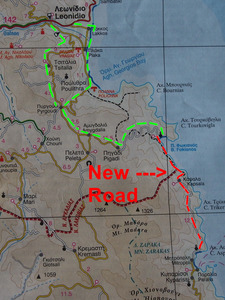 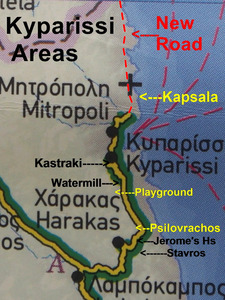 Map of the Kyparissi sub-Areas (Kapsala may be… 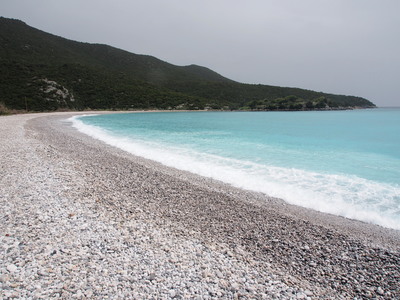 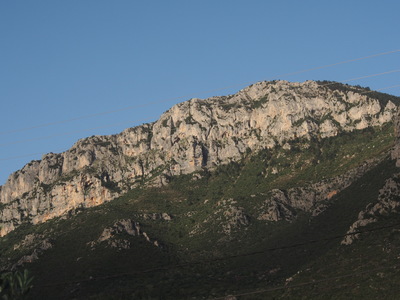 Most Probably "JAUCGC" (Just Another Unclimbed… 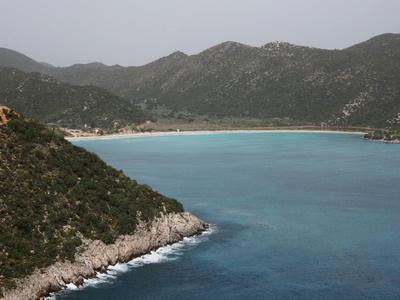 Looking back on the "Beach Fokianos" from the "… 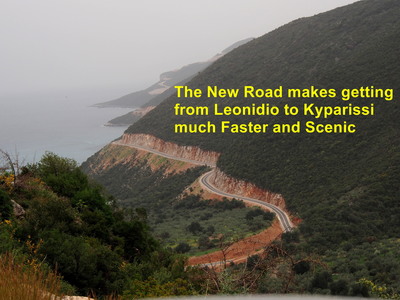 New Road - not in current guidebooks or maps 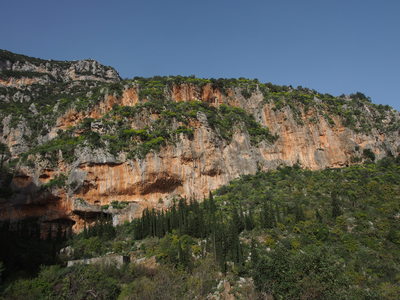 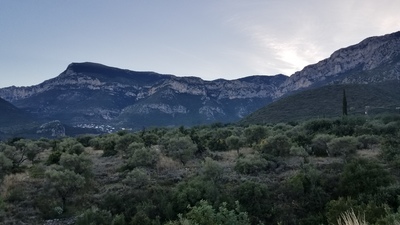 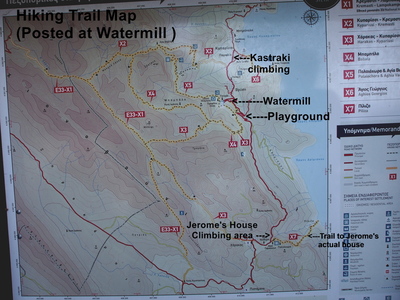 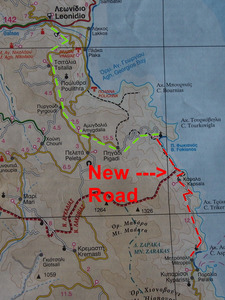 New Road - Map Green is driving route to the "… 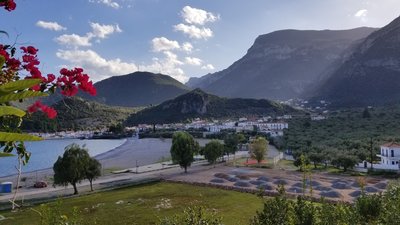 This quaint little town has all the potential t…

All Photos Within Kyparissi