Access Issue: access through private land and the mountain is located at Reserva Jejimeni (managed by CONAF) Details

Cerro Colorado is located in Chilean Patagonia (Reserva Jejimeni - CONAF). The access to the mountain is by Chile Chico town (by the border with Argentina). It needs to register at CONAF Office in Chile Chico.

Cerro Colorado is an astonishing mountain in Chilean Patagonia that reminds Devil`s Tower (WY). It seemed that is formed from what is left from the core of a volcano. It is a crack climbing paradise, with splitter cracks that goes beyond 40 meters length. The place is also special because the weather at that specific location is less windy ( still can be very windy!!) and less rainy/snowy than most of the places in Patagonia.

Because of the easy access to the routes, a person can have a sense of being in a crag, but the place it is an alpine environment: there are loose rocks and blocks on ledges. So, be aware of climbing parties above you!

A little bit of the history of the place. The place was first developed by Jim Donini (who went there in 2009 with Jay Smith, Jim Turner and other folks) Read: supertopo.com/tr/La-Pyramid….
daveeabrown.blogspot.com.ar…
ridingthedream.blogspot.co.…

Andres Bozzolo (from Chile), was the one who " discovered" the place. He also participated in the first ascents and he is one of the most engaged people in developing the place. The brazilians Mariana Candeia (Mita) and Mauricio Clauzet (Tonto) also left 4 new routes (Jan 2015).

One of the challenges of the place is to know where the routes are located. In this case, the practice has been in getting a small rock from the ground, writing the name of the route on it (with a tiny rock) and leaving it at the base of the pitch/route. This is way to recognize the lines and is also a practice that still does not leave a negative impact on the area.

The place has already multi-pitch routes, countless single pitches and a huge potential for new first ascents. CONAF (Reserve Jeinimeni) does not authorize sport routes on Cerro Colorado. Traditional Climbing only and bolts are allowed for rappel stations (or where is not possible to protect on gear).

Usually double rack. Make sure you also bring a great set of small gear and a good set of stoppers too!

From Chile Chico it is about 20 minutes driving south towards Reserva Jeinimeni. The trailhead starts at a private property (Important to talk with the owners (Senor Marquez) of the land and ask permission to hike!). The hike to a good camp site (with water) takes about 3 hours and the elevation gain is around 600 meters in 6 kilometers. 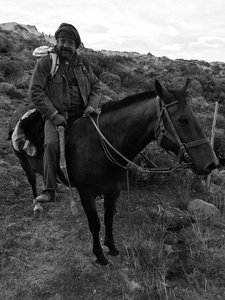 The legendary Don Marquez in his element 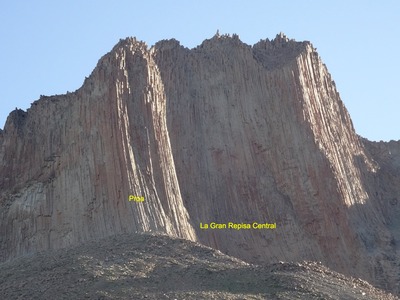 Main wall. Sun and shade on the center are spli… 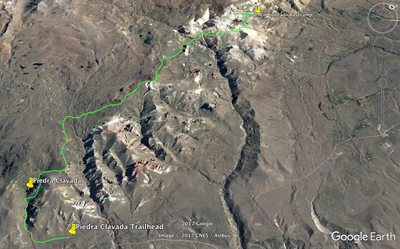 Google Earth image of official access as of Dec… 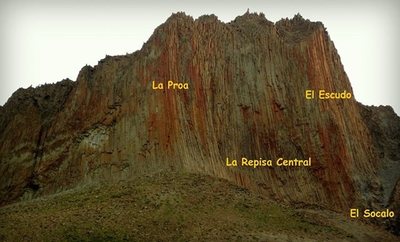 Overview with the sectors 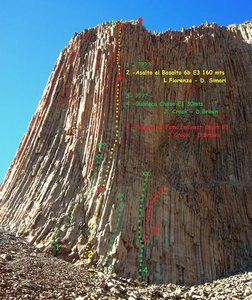 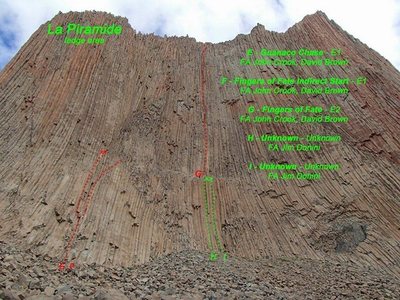 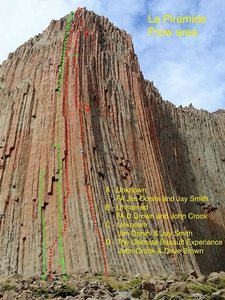 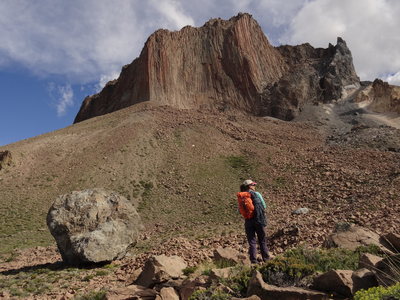 Cerro Colorado overview, on the way between hig… 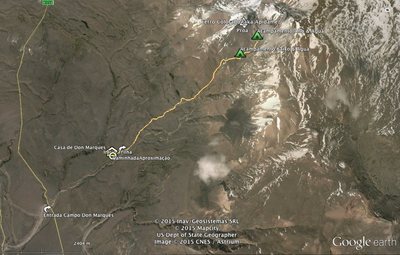 Google Earth screenshot of the trail/access

All Photos Within Cerro Colorado (aka Cerro Apidame)