This sunny rock face was operated as a quarry in the 1920s. In 2013 it opened as a recreational venue operated as a municipal park by Alexander County. Rebolting is ongoing to upgrade aged fixed anchors. The rock quality is variable and the cliff sheds loose rock regularly. A helmet is advised for climbers and belayers. The park is located on Rocky Face Church Road just outside the town of Hiddenite.

History
Rocky Face is a man-made crag. A former quarry in the early to mid 1900s. The earliest documentation of the quarry used for climbing or rappelling was in the 1970s. The US Army Reservists 3rd Brigrade, 518 Division out of Hickory used Rocky Face for rappelling training in 1975. Later, a few local climbers would discover the mountain. The ethics then, were strictly traditional, all but one bolt had been put in on lead. This bolt was placed by Ben Dunlap and Terry Wright in a rainstorm, with a hardware store bought drill and a homemade hammer. This was the second bolt they had ever placed. As of 1993, only one route saw the power drill, it was done from the ground up.

With permission from the first ascensionists (local climber, Steve Pope and others), many of the original routes have been retro-bolted for the enjoyment of generations of climbers. As an ongoing process, new routes for all levels of climbing ability are being established, creating even more energy around Rocky Face as a destination for sport and toprope climbing. The Carolina Climbers Coalition (CCC), CCC representative and Rock Dimensions owner, Ryan Beasley; along with locals Johnny O Connell and Travis Mabe have been important partners in helping to establish rock climbing as a major activity of the park.

To learn more about the Park and see a video from UNC TV NC Weekend.

Rocky Face Park has a great website with topo images. 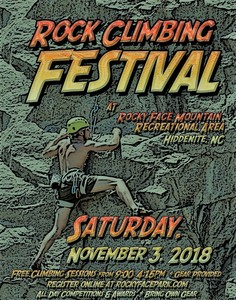 Having another climbing festival at the park on… 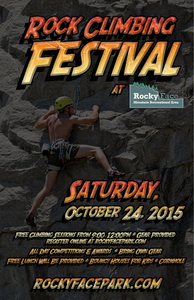 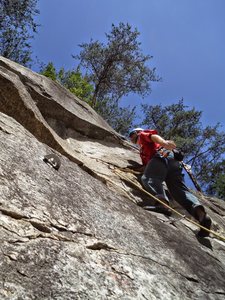 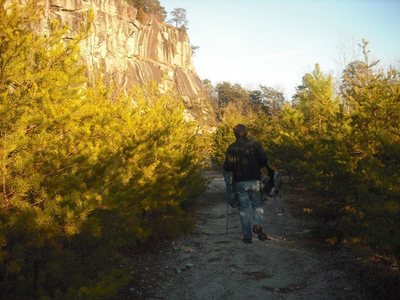 Heading around to the right side of the Main Wa…

Another view of the Top Rope Buttress and the U… 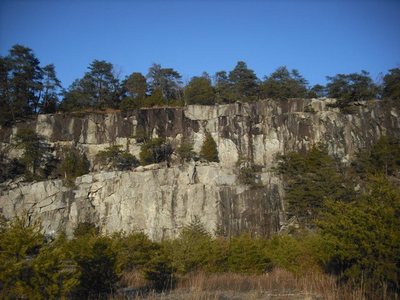 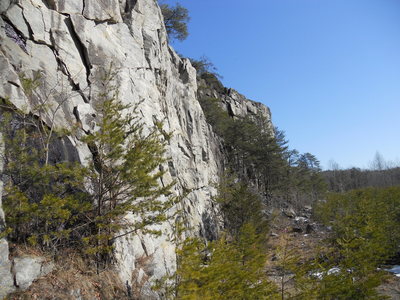 Looking at the Top Rope Buttress from below Gat… 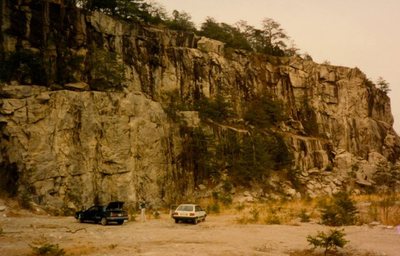 The Toprope Buttress in the 80's. Photo credit…