This is an eastern, landlocked, African country on the horn of Africa that is also known as the Federal Democratic Republic of Ethiopia. It is Africa's oldest independent country. Its population is estimated to be over 80 million, 2nd most in Africa. It has some of the oldest evidence of human inhabitation. The population is multi-ethnic (with nearly a third being Oromo) and multi-lingual (90). The more dominant languages are Amharic, Tigrinya, Orominga, Guaraginga, Somali, and Arabic. English is the most widely spoken foreign language.

The capitol is Addis Ababa (pop. 3 million). Its currency is birr. The time zone is East Africa Time (3 hours ahead of Western European Time). There have been a number or well-known famines in recent time, political unrest, border wars, and civil wars. This has led to a life expectancy in the low 40s. Overall, the country has begun to recover. In fact, it was one of the fastest growing economies of the world a few years ago. Still, its economy has challenges with inflation rates that have exceeded 40% a year. The GDP is one of the world's lowest, ~$700/year. Coffee fiends, coffee is one of its biggest exports. The cuisine of Ethiopia is excellent with most of its food eaten without utensils but with injera (a bread). Pork and shellfish are generally not prepared.

Sports-wise, Ethiopians are probably best known for their long distance running prowess and soccer. Climbing is not a locally dominant activity. There is both sport and traditional climbing available here.

Land-wise, it is the 27th largest country in the world with over 400,000 square miles, approximately twice the size of Texas. Overall, its climate is tropical monsoon with topographic-induced variation. Most of the country lies between 6000-8000 feet in elevation, high plateau with a central mountain range. The geologically active great Rift Valley is subject to some earthquakes and volcanic eruptions.

Climactically, the dry season is typically October through February. There is often a light rainy season March through May. The rainiest season is July and August. The eastern part of the country is lower in elevation, hotter, drier, and has less interesting terrain for climbers. In fact, Dallol has the highest average temperature in the world (93 F). There are mountains here, especially in the western part of the country, including the Semien Mountains. The highest point is Ras Dashen Terara, 14,868 feet. There are a number of 13,000 foot peaks.

Most non-Ethiopians will travel to Adis Ababa by air. Dire Dawa (pop. 270,000) also has an international airport. The elevation of Adis Ababa is 7800 feet. From there, the travel will be dependent on where you wish to go. There are only 20,000 miles of road, gravel or paved. There are 58 airports in the country, 17 have paved runways. There is 400 miles of railway under joint control with Djibouti and Ethiopia, but it is considered largely inoperable.

Click here for a general map provided by the CIA and here for a zoomable one from National Geographic.

The state owns all land in Ethiopia and provides long-term leases up to 99 years to the tenants. To provide more proof of legal occupancy, land use certificates are now being issued in some areas.

Link to a local perspective on climbing

Mountain Project's determination of the classic, most popular, highest rated climbing routes in this area.
More Classic Climbs in Ethiopia » 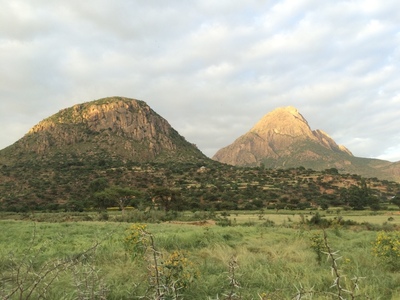 Semayata and surrounding crag (outside of Adwa,… 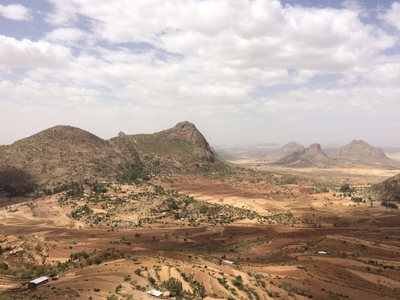 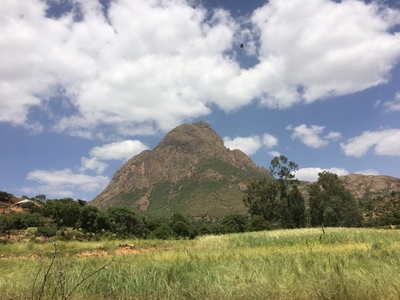 Semayata (Tigray, outside of Adwa)

All Photos Within Ethiopia