WARNING: While the Grapefield area has massive potential, it is in desperate need of some TLC.
Most, if not all, of the bolts are not to be trusted as they're badly rusted.
Until some mass initiative of replacing hardware with titanium glue-ins is implemented, it is best to explore other climbing areas that Aruba has to offer. Be safe!

Super spot with lots of sun year round, the island stays around 75-90 degrees year round with little rain. The area is on the south eastern side of the island. Bringamosa doesn't get shade until late afternoon, but Tears, Garbage, and Birdwatch start getting shady around 10 am and stay that way for the rest of the day. You won't see too many people, the beach is a few hundred yards away and is deserted other than kite surfers; otherwise just a few random cars checking out the island and lots of goats. The rock is a mix of volcanic mostly covered with coral. While the coral has been smoothed out over the years it is still pretty sharp so you'd better have hands like leather or lots of band aids. Plenty of overhanging routes will make for a good pump so get ready! The anchors are all in great shape (with the exception of tourist ripoff) but you will definitely need some slings, lockers, and ovals to extend the anchor. The anchors are set back a little and will destroy your rope if you don't extend the anchors out.

The area was originally opened by three Dutch climbers, Tristan Monzon, Nadine Salas, and Eric Suyker, in 1996, they along with the Club Active Aruba are responsible for all the top hooks markings and route setting. Please visit their site for more info and a great Topo of the areaclimbing.nl/aruba. Thanks guys for making Aruba a little more fun for everyone!

The routes listed here are current as of Sept 07, there are a few new ones from what is listed on the topo.

This place was way easier to get to than I figured. From the resort area on the north east side, or just about anywhere else, just follow 1A highway. 1A takes you all the way, the hardest part is negotiating the roundabouts. You'll get to a "Y" intersection in San Nicholas and straight ahead you'll see a market, hang a right and keep on until you see the 1A Seroe Colorado sign, hang a right at the sign and follow that until you see a big red anchor. At the anchor hang a left and continue on the dirt road until you see the Grapefield sign then you can drive right up to the crag. You'll notice something that looks like a prison on the bluff, the area is about a quarter mile farther down (so don't pick up hitchhikers in orange jumpsuits). No approach, but I'd bring some good sneaks to get around to the top and either set up your anchor or retrieve them after you're done, the terrain on top is trecherous in sandals.

Mountain Project's determination of the classic, most popular, highest rated climbing routes in this area.
More Classic Climbs in Grapefield » 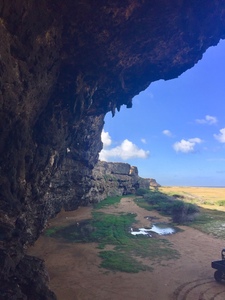 5th bolt on "The Power of the Shwartz" snapped… 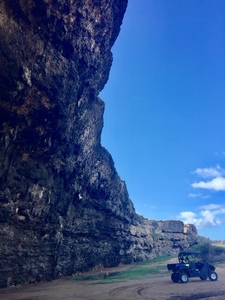 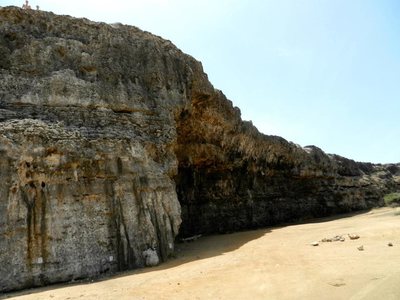 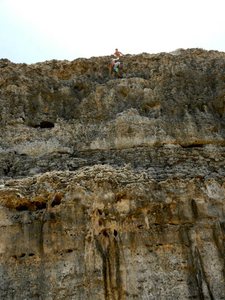 about to top out 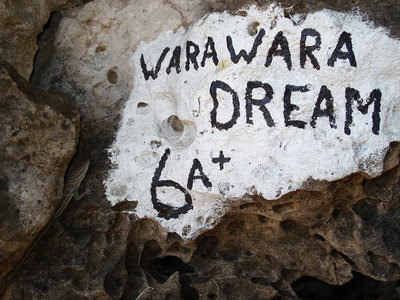 There's rarely a dispute as to where the route… 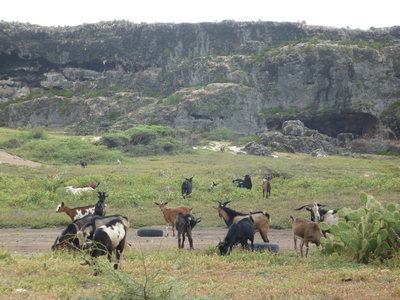 "goat"field. Goats are very prevalent in the area 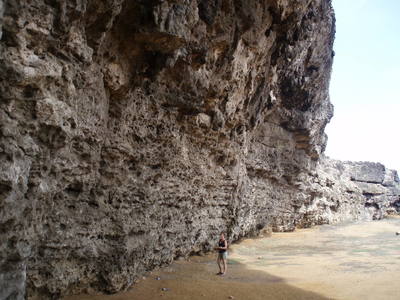 Dayna standing under one of the monster roofs... 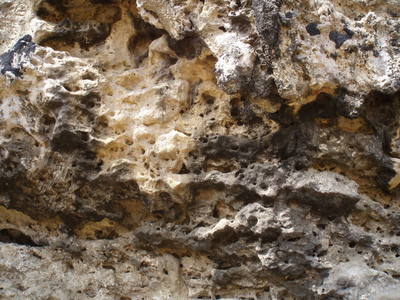 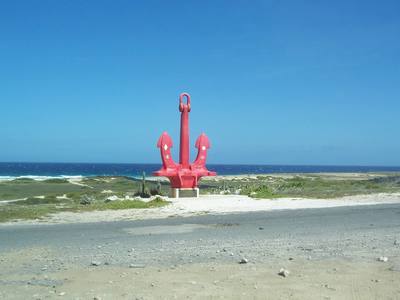 The anchor marking the left turn toward Grapefield 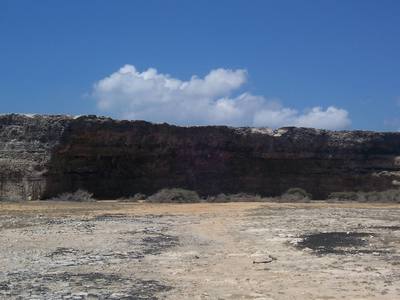 Tears then Garbage from the road in, Birdwatch…