Shoshoni has a flat-topped summit, easily reached by hiking cross-country from the Pawnee Pass Trail. However, its southern ramparts loom over the Isabelle Glacier, with both rock and snow climbs to attempt. Several snow climbs in the couloirs above the glacier can be found in Gerry Roach's guide to the Indian Peaks.

For rock climbers, the main attractions are the twin 500-foot buttresses above the Isabelle Glacier trail. The western buttress has a Jeff Lowe-Steve Dieckhoff route (5.10+) on its steepest prow. Right of this is an older route that goes at about 5.9, with some scrambling at the base leading to four steep pitches and another pitch or two of ridge traversing to escape. Several old ring pitons were found on the 5.9 fourth pitch of this route. The eastern buttress was soloed by Jeff Lowe, but the route is not known. A new route has been done on the very steep west face of this buttress.

Descend by scrambling down the gully between the two buttresses or by walking off the back to the Pawnee Pass Trail. 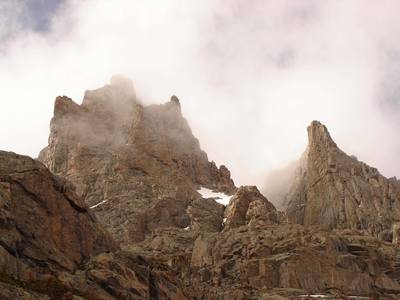 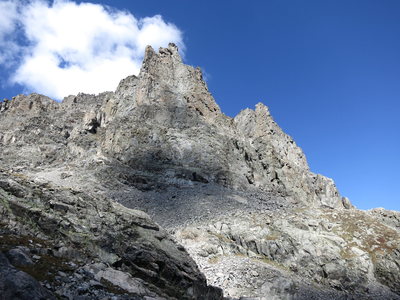 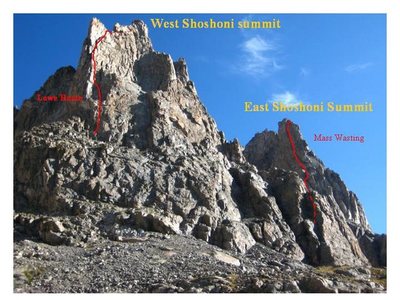 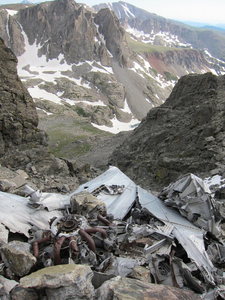 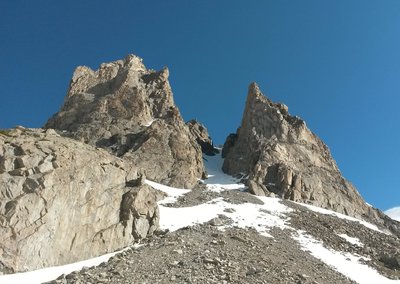 This shows the two parts distinctly...and a nic… 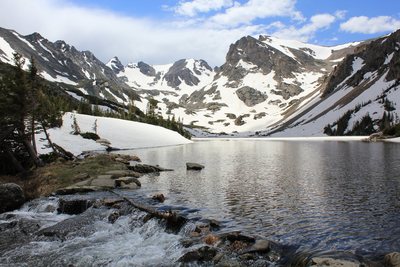 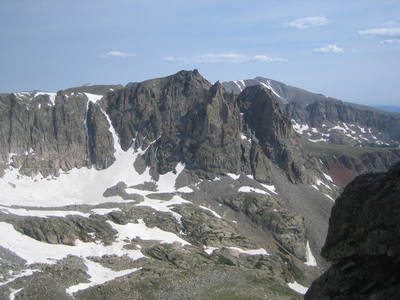 South side of Shoshoni from Navajo Peak.

All Photos Within Shoshoni Peak