Routes in The Wedge

The Wedge has been called "The Jewel of the Organs" by the areas most prolific early climber, Dick Ingraham. It certainly is one of the most eye-catching peaks when viewed from La Cueva or most other views from the west. A huge and clean looking 1000 ft face, a knife-edge west ridge, and pink-rosy monzonite will help you identify this peak.

Royal Robbins was responsible for some of the first ascents on this peak, and his climbs are still a benchmark for some of the hardest routes in the Organs. There are two classic routes which seem to get the most ascents, The West Ridge and Shillelagh (referred to as the Diagonal Route in Ingraham's guide). Other routes are poorly known and seldom climbed although I would guess that there are some amazing climbs among them.

The Wedge is situated just above The Tooth and shares the same approach. Depending on which route you intend on doing you will diverge from The Tooth at different points.

The descent: There is a good rap station on the east face over a steep wall. To find it, from the summit walk along the ridge in the direction of Sugarloaf and look to your left for a large boulder right on the edge with a slightly scraggly looking, small aspen tree above it. The rap station is in a pinch on the right side of the boulder, but you won't see it until you are right on top of it. One single-rope rappel gains a saddle below the summit.

If you came from the West Ridge, once off the summit scramble down the north side until you can see a col between The Wedge and Lost Peak. Gain this col and descend down the narrow gully between these two peaks. This meets up with the approach for the West Ridge above the "hole" that you must climb down after you collect your packs.

If you have approached the Wedge from the east or south, scramble/down-climb to the south all the way to the oak forest. From here you can either hike down to Aguirre Springs, or hike west over a saddle and down into the gully between The Wedge and the Tooth.

There is also a rap station on the Normal Route, just below the crawl-through near the top, but the rock below it is not as clean. I heard that there is another to the north as well (going straight to the col between the Wedge and Lost Peak), and I have rapped down the huge south face of the Wedge, in several rappels but without problems. This might work well for a way back to the start of Shillelagh.

For first timers, the approach and descent will probably take about 3 hours each. Plan accordingly, or beg a local climber to act as a guide.

Classic Climbing Routes at The Wedge

Mountain Project's determination of the classic, most popular, highest rated climbing routes in this area.
More Classic Climbs in The Wedge » 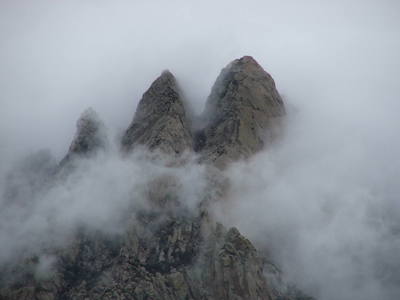 "The Wedge" in Winter 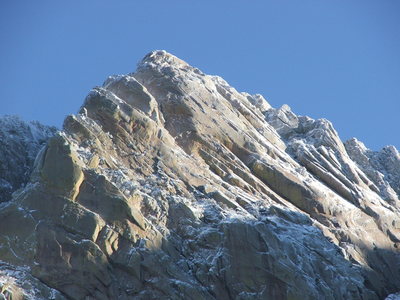 A clear pic of The Wedge showing the West Ridge… 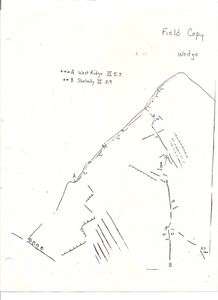 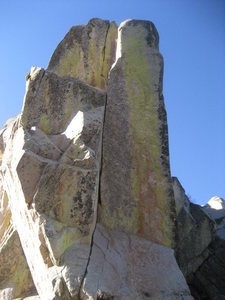 A wicked looking crack on the Col between the W… 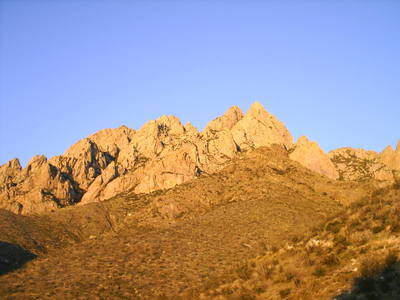 The Wedge is the highest point in this photo, t… 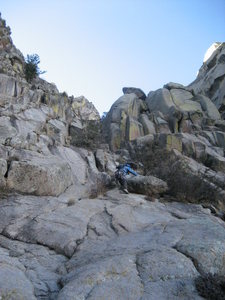 Photo of on of the descent options: the scrambl… 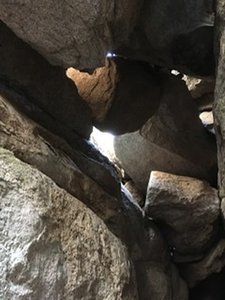 Looking up into the "birthing hole" between Wed… 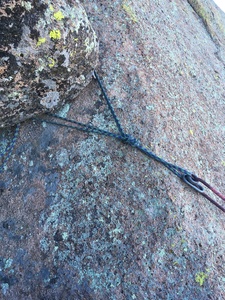 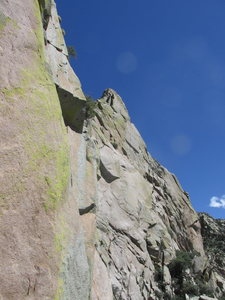 Summit and the south face of the Wedge as seen… 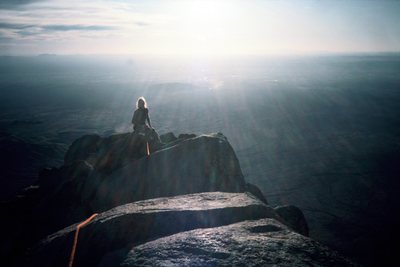 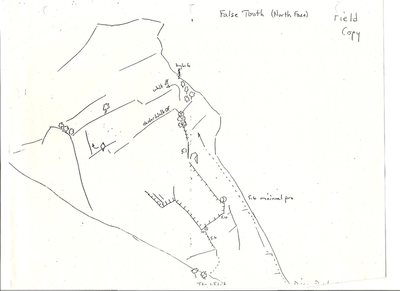 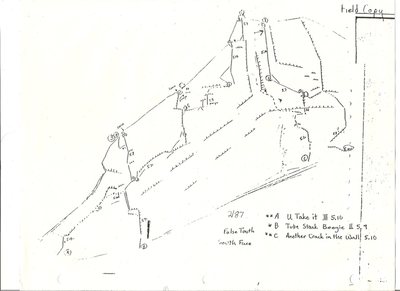 All Photos Within The Wedge


More About The Wedge