Devil's Thumb is the prominent spire that can be seen from just about anywhere in Boulder along the skyline of the Flatirons. It is just south of Bear Peak and is distinctly... thumb-shaped. Surely every climber in Boulder has had thoughts of climbing it at one point or another, and apparently earlier in the century, so did non-climbers: a steel ladder was put up at one time to make the summit easily accessible, but has long since been removed. A steel pole on the east side of the summit is all that remains of the ladder, but it serves as an excellent rappel point for those willing to brave a laborious approach to the Thumb. The western side of Devil's Thumb is an incredible, towering overhang, whereas the eastern side has its own, 20 foot overhang that makes the summit a technical climb no matter how you approach it. As far as routes go, there are two moderate routes up weaknesses on the east face, a 5.10d route up the southwest side, an aid route on the northwest side, and what looks like a very fun line of bolts on the north face.

The best approach is from the South Mesa Trailhead. Take the Mesa trail west towards the Matron and Shadow Canyon. At the Mesa/Shadow Canyon junction, follow the Shadow Canyon trail NW up into the canyon. Pretty soon you catch glimpses of Devil's Thumb off to the east (right).

Once you begin to see a massive boulder/talus field on your right, break off at any time from the trail and rock-hop your way towards the spire: your goal is the northwest side of Devil's Thumb (at least for the moderate routes). The hopping gradually turns to steep hiking on loose rock, and the steep hiking on loose rock terminates in a few sections of class 4 scrambling - if you're unaccustomed to this it can be scary, but the sections are brief and you're very close to the base of Devil's Thumb at this point. Once you're there, hike around the northern side, and then up and over a boulder to gain access to the east face. 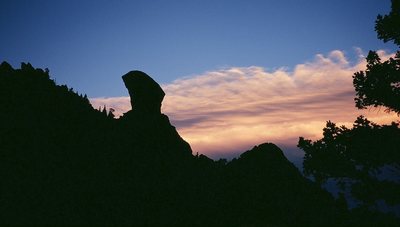 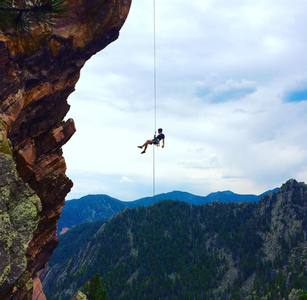 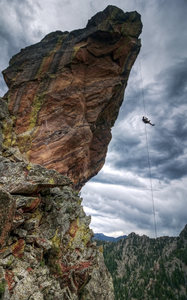 The major free-hanging rappel on this beast can… 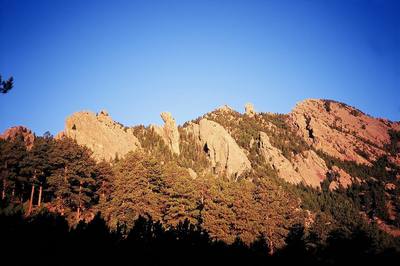 From left to right... The Tower of The Moon (sm… 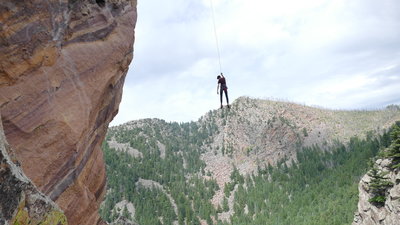 Standing on the summit of South Boulder Peak. 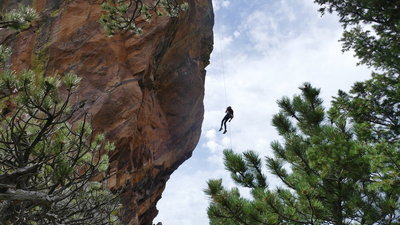 Sedric on the rappel. 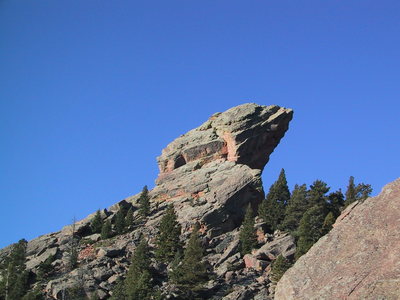 Devil's Thumb from the Flying Flatiron .... 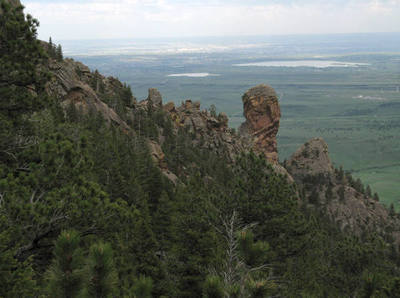 Devil's Thumb seen from the west along Shadow C… 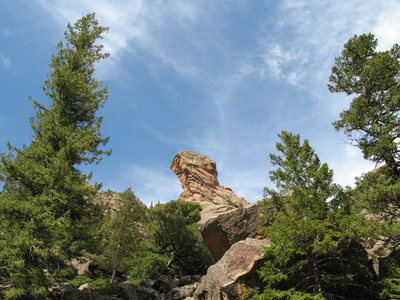 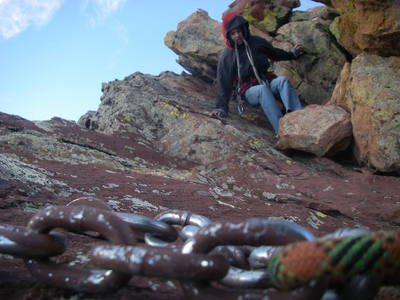 Anna scrambling to the anchors on south side of… 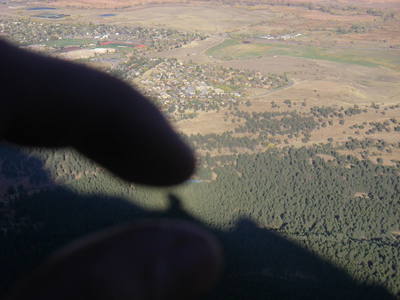 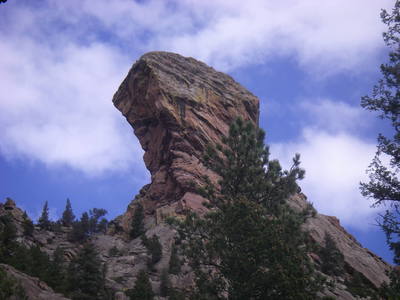 Approaching the Thumb from the NW

All Photos Within Devil's Thumb