Thanks Paul for the Topo and the trip report!

Rock and route: This is a fine route on dolomite rock up a striking spire. As an alpine rock route, there is still loose rock on ledges that could be knocked down onto a belayer. For the most part the rock is very sound. The route is entirely bolted. Most parties will complete the route in mountain boots perhaps putting on rock shoes for the crux pitch. The route is set up for 30 meter rappels. The summit commands excellent views of the Rockies central group. When viewed from the road, the spire seems as it would be a long approach. However an existing trail to start and then linking up goat trails and ledges makes the approach very reasonable usually in under two hours. Enjoy!

P1: (5 bolts, 20m, 5.5) From the station trend up and left to the first bolt (7 meters). Follow bolts to a left facing corner and up over a groove/roof/ to a station on the left under a small dirt ledge.

P2: (5 bolts & past a rappel station, 45m, 5.4) Climb straight up, past a left facing feature to the big ledge above. Continue past the ring-bolt rap station trending up and right to the next ledge and station.

P3: (7 bolts, 40m, 5.6) Climb the steep wall up and right gaining an arete. continuing up a groove. Again, pass a rappel station and up to another big ledge with a 2 bolt anchor.

P4: (4 bolts, 20m, 5.6) Locate the first hard to see bolt up and right of the station in a black band of rock. Overcome the steep bit and keep trending up and right to a large ledge. Station is under the roof.

P5: (4 bolts, 20m, A0 or 5.6 or 5.8 ) Climb up and left of the station past two bolts. At the third bolt traverse horizontally left past another bolt and climb up to a ledge and small overhang. Climb straight up for one 5.8 move, pull on the draw at A0 or risk the pendulum easily climbing off to the right of the bolt at 5.6 (recommended). Climb up to the next ledge and continue to a station.

P7: (3rd class. 70m) Walk the ridge to the left (NW) until the main buttress, go around it on the left (W) to the base of a beautiful wall and bolt station facing the highway.

P10: (8 bolts, 26m, 5.7/5.8) The crux of the route and one of the best pitches. Follow the groove, climbing the central wall with cracks on either side. Side step a roof by traversing left and come back right of the crack to a semi-hanging belay on the right.

P11: (6 bolts, 28m, 5.6) Angle up the left groove following bolts to a ledge and station (need help with this pitch's description).

P12: (4 bolts, 20m, 5.5) Leave the station and easily scramble up for 10 meters or so to another ledge at the base of the wall. Climb up great rock with fantastic positions on the arete to a ledge and station.

P13: (5 bolts, 45m, 5.5) Move up and left around the arete climbing up a small slab and past ledges and a rappel station to another station on the summit.

Descent: Rappel the route.
1-Short 15 meter rap from summit ring-bolts to next station.
2- 30 meter rap back down and climbers right back around the arete.
3- 20 meter rap and scramble back down to the station on the ledge at the edge.
4- 28 meters down to hanging station.
5-26 meters down to the large ledge below..
6- Short rap climbers left back down the short chimney crack and alcove belay
7- 28 meters back down to the ridge.
8- walk back around the buttress to the main ridge climbers on right. Find the station on the right hand side of the ridge and just below it.
9-30 meters - rappel down to the ledge below and to the station on the left wall at the cliffs edge
10-From the edge station, rappel down to the next ledge and find the station hidden under the roof.
11-Rappeling to the left, a 30 meter overhanging rappel to a large ledge and 2 bolt hanger station. Put knots in your rope! When I rapped it, it looked like the ropes were swinging off the ledge but its an illusion. Do not use the hanger station on the ledge below. Instead walk down and left about 10 meters to a ring bolt rap station. Warning - hard pull from the bottom here but the rope comes down!
12- 20 meter rappel to the large ledge below - station is on the climbers left side of the ledge.
13- 20 meter rappel to the pitch 2 ring bolt station, small dirt ledge - directly below.
14- Rap to the ground, follow the cairns home.

Park in the pull out on the West side of HWY 93 North in front of Hector Ck. (Hector Lake 82N9 UTM: 479/172) 20 minutes North of Lake Louise. Cross the road and on the right (South) side of the drainage pick up the trail for Mt. Hector.
Follow the easy trail through the forest, up the left side of an avalanche bowl to the top of the waterfall (45 min - 1 hour).

Cross to the other side of the creek (South side) at the top of the waterfall and make your way to the little hanging valley between Mt. Andromache and Little Hector. Mt. Hector seen behind Little H. Looking towards the North, spot the towers connected to Mt. Andromache. Follow cairns towards the two tiered tree island, thence several cairns and goat trails will lead one up and left via a series of benches. The cairns will take you scrambling up an easy gully gaining bigger upper benches. Atop these upper benches, cross left (North West) across a bowl (big boulder) and follow the steps of a dry watercourse within the basin to gain the base of the towers. Follow the base of the towers until in the farthest left bowl (do not keep go around highway side).

Warning: It is easy to mistaken the right hand tower as being Achilles Spire. Achilles Spire has a small crumbly tower to its left, a prominent very pointy tower to its right and narrowing drainages/chimney on each side of it. A large black roof near the right drainage/chimney is a good landmark for Achilles start, the central tower. Make your way up the basin to the base of Achilles Spire.

Start: Below and left of the big black roof with white rock below are smaller overlapping overhangs and a one bolt station at a small scruffed out ledge. (45 min -1 hour from top of waterfall - 1.5 - 2 hours from road) 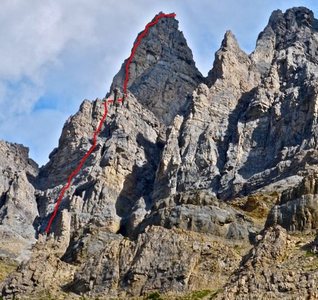 Thanks Paul for the photos and topo! 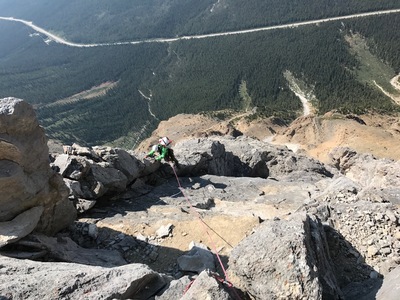 Climbing one of the last pitches 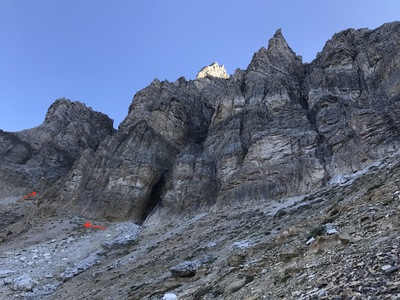 For the start go past the black chimney and aro… 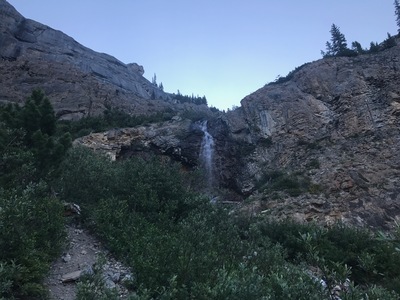 When you reach the first waterfall you'll cross… 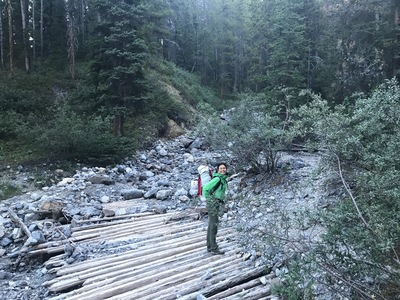 There is a trail that splits left here, but kee… 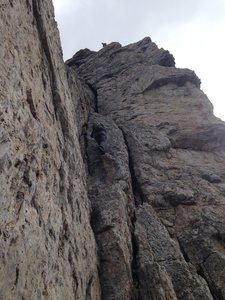 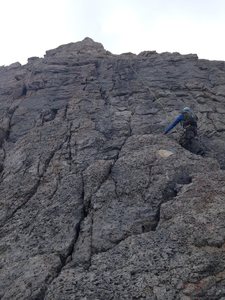 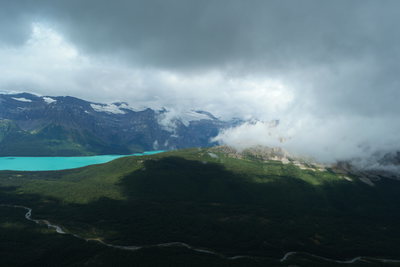 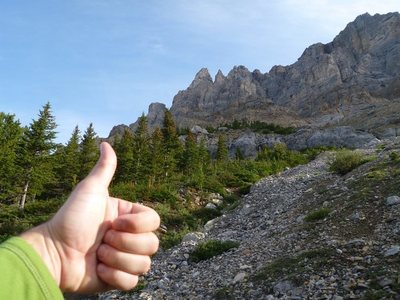 More from Paul (thanks Paul!) 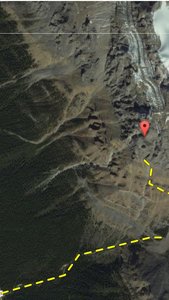 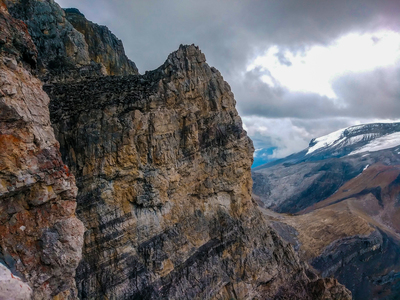 looking from the traverse section to the far ri… 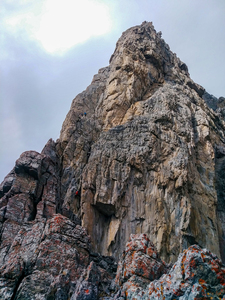 we are rapping 60m skipping some stations, ple…