Mumbai needs no introduction. Bollywood, financial capital of India, IIT Bombay, Antilia (the mansion of India's richest person), Dharavi (world's largest slum, just a stone's throw from the terrace of Antilia), venue of the 2016 and 2017 IFSC Bouldering World Cups, Mumbai is famous for many things. A city of extremes.

1. Borivali National Park (which is officially called by a more recent name SGNP): A protected forest encircled by the city. Home to captive tigers and lions, and free roaming leopards and other fauna. Joggers' paradise. Has several bolted crags, but currently there is only one that climbing is permitted in: Gandhi Thekdi (about 1 km from the entrance; ask anyone for directions); just walk down about 100m left, 50 m below, from the toilet and you will find the boulders and top ropes. The cops (forest guards) alternate between tolerating climbing to confiscating gear depending on who's in charge; unfortunately this will remain a grey area like every other thing in India.

2. Sasunavgarh: Superb climbs in the forested area abutting SGNP, under shade but mosquito infested. Has been off-limits due to cops/forest dept since 2014.

3. Manori Beach crag: this is a hidden jewel, sea facing crag that makes you feel you are climbing in some remote Mediterranean island, but don't run into cops as this is a grey area for climbing. Ask a local climber for directions

4. CBD Belapur: See the relevant area page on MP for detailed info. This is currently the most happening area (with at least four sub-areas/crags) and housing some of the newest and hardest routes in Mumbai.

5. Dighe/Thane: A new crag opened in 2017, with about 6-7 single-pitches and a 3 pitch route. This is also located in a forest but apparently the forest officials have officially allowed climbing. The best way to screw this up is by littering the crag, smoking/setting a fire or organizing commercial trips in the crag. The approach hike is one of the nicest you can get in Mumbai.

All crags are secluded. If going as just a pair of climbers, especially with a female climber, use your common sense regarding safety, else go in a larger group (but still use common sense).

2. Arun Samant wall: facebook.com/groups/1128809… More kids and competition climbers than adults, especially in the mornings.
The wall is named in memory of Mr. Arun Samant, an alumnus of IIT Bombay and an avid Himalayan mountaineer who perished in a climbing accident. The wall has been donated by his family.

3. The Hive: This is primarily a multi-fitness gym which has a bouldering wall to complement the range of fitness equipment

3. The World Cup wall. The crowd-sourced wall with material from the 2016 World Cup. Still in design/site selection stage.

You can reach all crags by car or public transport or bicycle; all of them are within 45-60 mins drive from most of Mumbai. Approach hike is typically 10-15 mins.

Mountain Project's determination of the classic, most popular, highest rated climbing routes in this area.
More Classic Climbs in Mumbai » 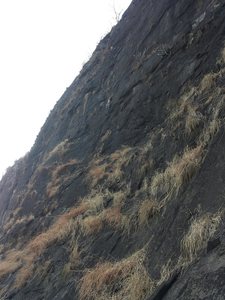 All Photos Within Mumbai