Part of the Evolution Crest, Peak 13,332 (formerly Peak 13,280) is an unnamed peak sandwiched between Mt Darwin and Mt Haeckel. Judging by the number of register entries the peak is climbed fairly infrequently, but when done so, often as part of a traverse. Peak 13,332 is the fourth peak in Croft's coveted Evolution Traverse.

According to Secor the first recorded ascent (S ridge, class 3) was on 19 July 1933 by Glen Dawson, Neil Ruge, and Bala Ballentine. The SE slopes are noted as class 2. Additional routes are found on the northeastern aspect (see annotated photo).

Peak 13,332 is most easily accessed from the Lake Sabrina trailhead out of Bishop. From the trailhead take the trail skirting the eastern shore of Lake Sabrina (passing the George Lake turn-off). At Blue Lake continue W, eventually taking the Midnight Lake option at the Midnight Lake/Hungry Packer Lake junction. Note that the trail meanders greatly, crossing multiple slabs and may be somewhat difficult to follow at times (especially in the dark). Midnight Lake is 6.3 miles from the trailhead. From Midnight Lake head cross country up the eastern slopes, skirting the unnamed ridge to the north. Cairned use trails may be found, although they are not necessary for navigation. Once in the basin below the crest Peak 13,332 and Mt Darwin will come into view. For the northeastern routes head to the base of 13,332. For the southern routes aim for the notch between the unnamed ridge and the SE ridge of 13,332. Note that the S ridge could be climbed as a traverse from the summit of Haeckel.

Alternatively, the peak could be accessed from Hungry Packer Lake, although this seems longer and requires one to navigate the steep slabs on the SW shores of the lake. 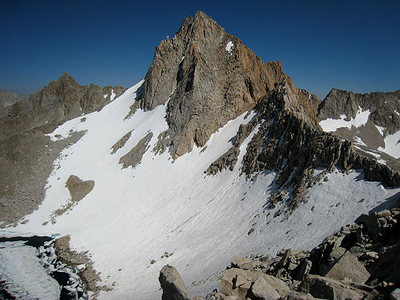 Looking over to Haeckel 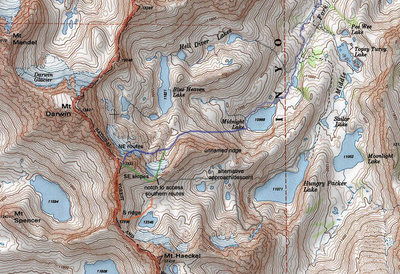 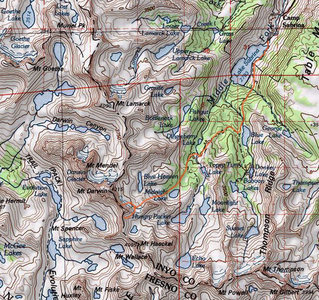 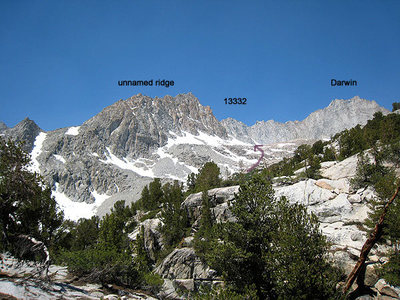 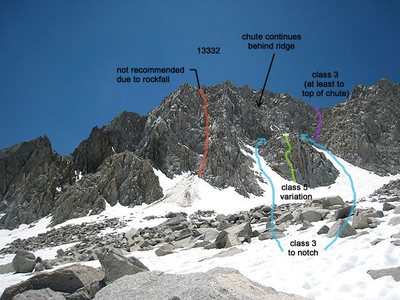 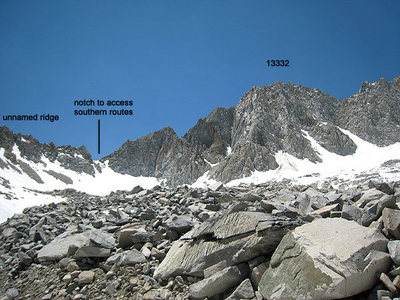 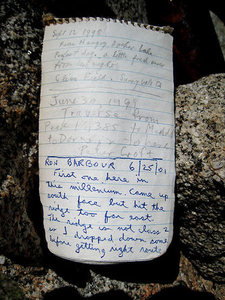 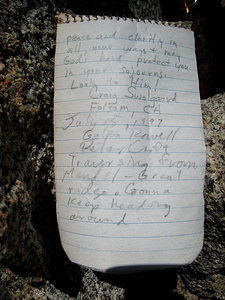 Entry from Rowell's and Croft's first attempt a… 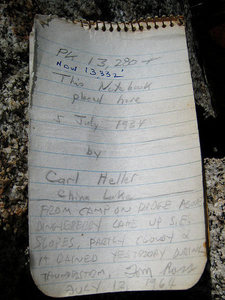 Evidence of the infrequent visits to the summit 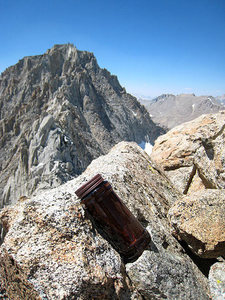 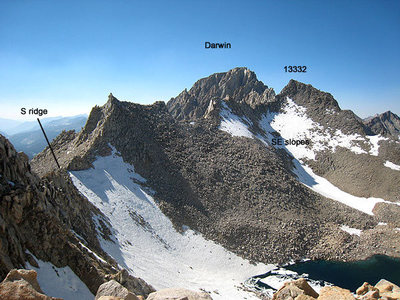 annotated photo of the traverse to 13332 and Da… 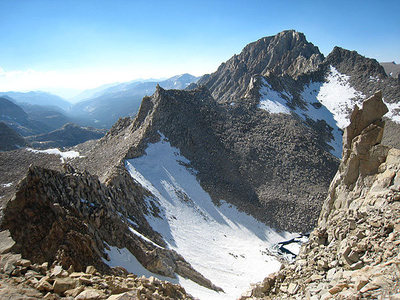