It is presently illigal to climb on the Navajo Indian Reservation. These climbs are listed here for historical purposes only.

Monument Valley is on the Navajo Indian Reservation in the 4 corners area of the Colorado Plateau. It is in NE Arizona, and SE Utah. It is 29,817 acres, and at an elevation of 5564 feet. The Tribal Park was established in 1958 by the Navajo Tribe. There is a visitor's center, a small campground, and a 1-way dirt road loop you can drive for a small fee. Climbing is illegal in the Tribal Park, as well as hiking off the loop road. There are a few residential homes here and there in the Tribal Park, and locals try to sell various crafts to the tourists around the Tribal Park. This area is one of the planet's most scenic wonders, and the rock formations in the Tribal Park are some of the world's most amazing rock formations, pinnacles, mesas, spires, and cliffs. It is an area of unbelievable beauty. This area has been photographed to the point where the whole world has seen the vistas, views, scenes, and formations of this amazing area. Hollywood has also taken advantage of this area, and Monument Valley has been the backdrop for many movies and TV commercials. One of the Tribal Parks more amazing spires is The Totem Pole, perhaps the world's tallest and skinniest spire. The Navajo Tribe has strictly stuck to their rule of no rock climbing in the Tribal Park, but with Hollywood money, we have seen Clint Eastwood and George Kennedy "climb" the Totem Pole, McGyver land a handglider on the Totem Pole's summit, and Xerox put a desk with a secretary on top of the Pole's summit as well. There have been clandestine ascents of most of the area's formations, and I believe a few climbers have been caught climbing in the Park and had their gear taken away from them. It is probably best NOT to climb in the Tribal Park, especially the formations on and near the one-way dirt loop road. Some of the other formations away from the Tribal Loop Road are less scrutinized by the Tribal Authorities, and are less of a risk for would-be poachers. Still, it is against The Navajo Tribes wishes and laws to climb within the Tribal Park, and anywhere on the Navajo Indian Reservation, for that matter, and most people adhere to their wishes.

The Tribal Park is about 25 miles NE of the town of Keyenta, Arizona. 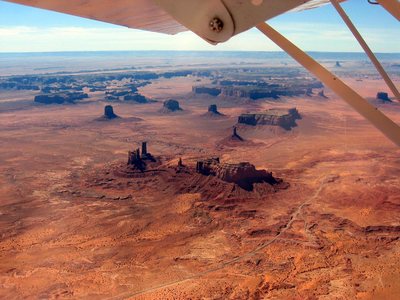 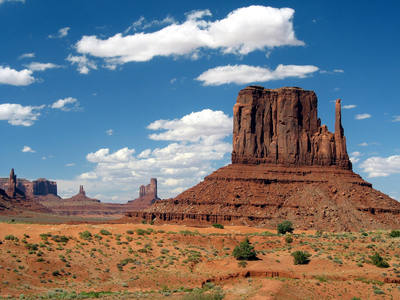 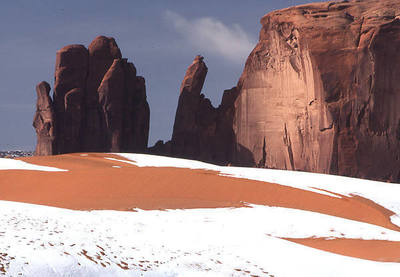 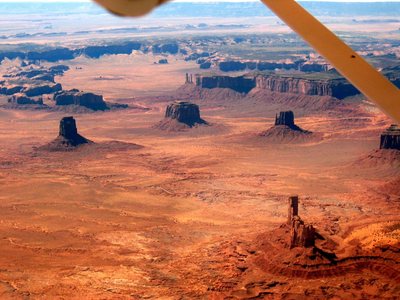 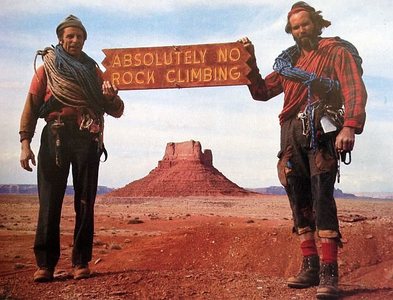 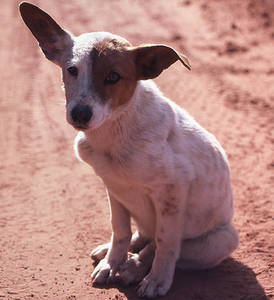 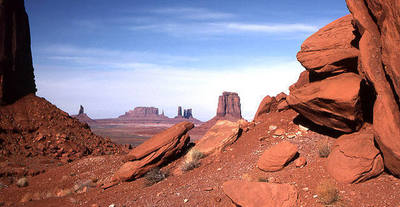 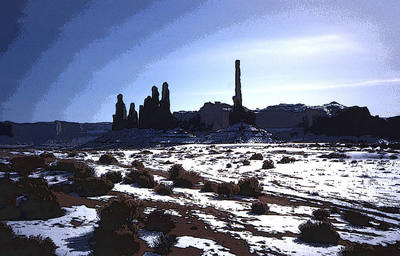 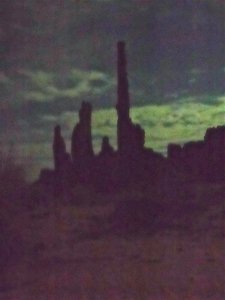 This poorly taken photo of the Totem Pole under… 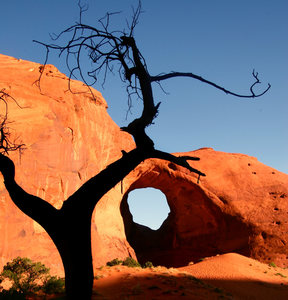 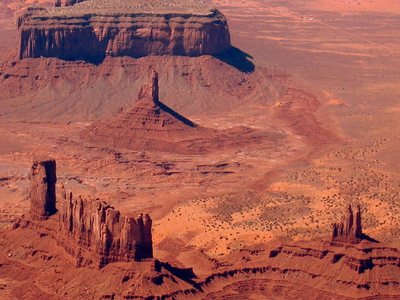 All Photos Within Monument Valley