The route is a very steep, direct and continuous line following a crack system from the base to the summit. It offers almost exclusively crack climbing with everything from a thin seam to chimneying. The 5.10 C1 rating is from the first ascent where some french free was used but has since been free climbed via a variation to p2 at 5.11+ by Vitaliy Musiyenko and Max Belyakov. Neither path is an aid climb but it can easily be aided or cruxes can be passed by pulling on gear.

The east face of castle rock spire was the first route attempted on the formation back in 1949. John Salathé and Jim Wilson turned back after creating a short bolt ladder next to pitch two and placing a couple pitons when a large block broke loose. The following year the regular route was climbed and the spire saw its first ascent.

P1: 5.9 - Start at the bottom left edge of the "dark tower" and climb the first bit of the regular route. After the 5.8+ mantle thing traverse the finger crack left. Same start as the regular route but you go left to big ledge instead of behind the tower.

P2: 5.12 - Climb past a single bolt to gain the obvious clean splitter above and follow it to the large blocky ledge.

P2 variation: 5.10+ - Left of the original P2 there is a crack system, follow it to the large ledge (it's the alternate crack in the topo). You can also do a 4th class traverse from the notch into this pitch, bypassing P1.

P3: 5.11 - Climb the overhanging crack through the orange lichen and follow it to the two bolt belay below the chimney.

P4: 5.11+ - Climb the chimney and roof to another two bolt belay below the summit.

Descend by rappelling the route from the two bolt anchor on the summit. One 70m rope BARELY makes it.

The east face of the spire. The start is the same as the regular route. 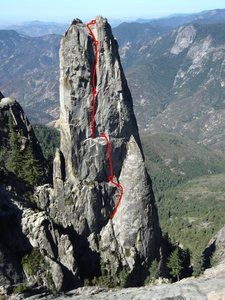 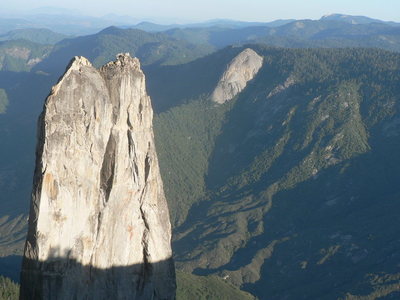 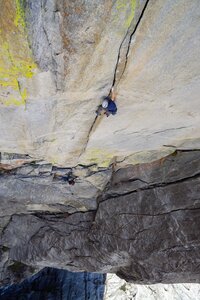 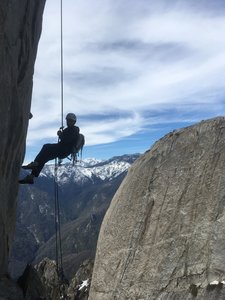 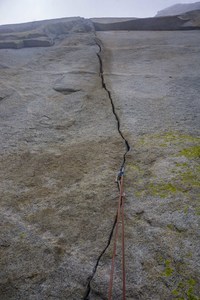 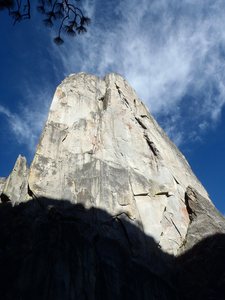 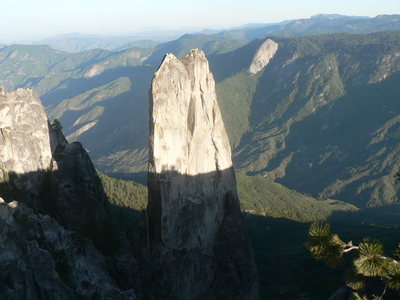 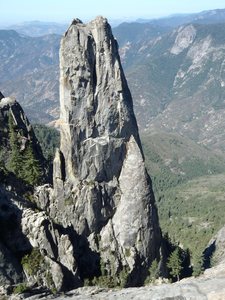 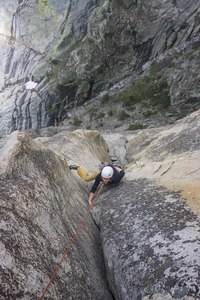 finally into some fingers at the top of P4. wil… 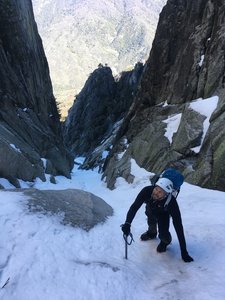 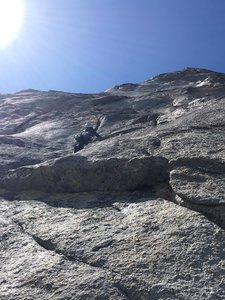