The SeKi Rock Climbing website nps.gov/seki/planyourvisit/… has current closures as well as other climbing information for visitors.

The Area: Sequoia & Kings Canyon National Park (SEKI) is a land of giants. Near or within it's borders lie the largest trees on earth (Sequoias), the highest mountain in the contiguous United States (Mount Whitney), arguably the deepest river canyon in North America (Kings below Spanish Mountain), the tallest granite dome in the Sierra (Tehipite), the longest cave in California (Lilburn), and steepest river in the United States (Kaweah). Scattered throughout these superlatives are high quality climbing areas where you can enjoy the beauty of these parks in relative solitude.

To keep things organized, this area covers the climbing that is accessed from the west side of the parks. The highest peaks, Sierra crest and northern areas of King Canyon should be in the "High Sierra" area until a better system is in place.

Climbing: The climbing is excellent and a bit more spread out than it's neighbor to the north, Yosemite. Some rocks are virtually roadside with five minute approaches, while other formations will take at least one full day to get to and test the endurance of the strongest legs and lungs. The resulting experience is similar to what the original explorers of the area got to enjoy; solitude. The rocks are mostly composed of solid granite, with some marble and other forms scattered throughout the park. No matter your climbing style there is enough variety for you to find something to enjoy. Dozens of areas offer slab, steep face, big wall, cracks, alpine, and even a bit of sport climbing.

Many of the major formations were first climbed around the same time Yosemite was getting developed, and by some familiar names such as Robbins, Rowell and Beckey. Most of the modern routes were pioneered through the 80's and 90's by a handful of strong climbers including, but not limited to, Herb Laeger, Richard Leversee, Eddie Joe and David Hickey.

The only guide for the region, "Southern Sierra Rock Climbing: Sequoia Kings Canyon," is long out of print and costs a pretty penny online. Many routes have been put up by park employees and a few other folks since the book was published in 1993, so some exploring will reveal many more developed routes than most people think. That being said, there are still miles of untouched rock for those willing to earn it.

If you're looking for somewhere to explore, get the wilderness experience, and enjoy some awesome climbing, this is the place to be!

PS: For some cool history, stories, topos and photos of this and surrounding areas visit southernsierraclimber.blogs… and vertical20.com/

Also, a small online guide that continually gets updated can be found at sekiclimbing.com/

SEKI is the same as most of the Sierra; hot dry summers and cold snowy winters. This means that some roads get closed in the winter, but there is climbing at at least one of the areas year-round.

Visit the SEKI website for updated road and weather conditions at
nps.gov/seki/index.htm

To access most areas in the Kings Canyon half of the park take Highway 180 out of Fresno. For the southern Sequoia areas the best approach is via highway 198 out of Visalia. A few backcountry spots around the Obelisk are accessed from trailheads near Wishon Reservoir. If you need more specific directions ask Google Maps for help. 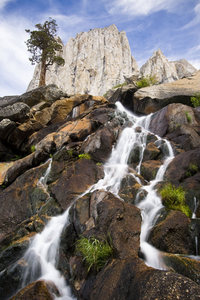 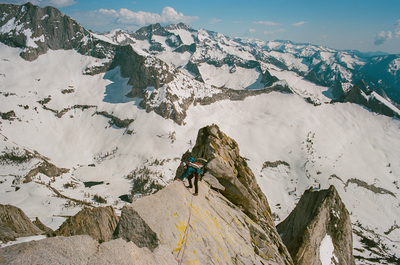 The beauty, The majesty... Sequoia / Kings 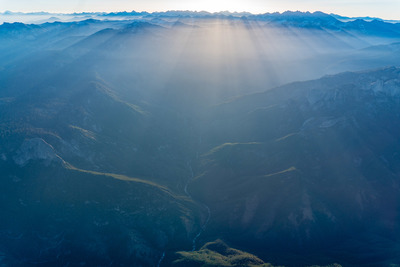 The heart of Sequoia, middle fork of the Kaweah… 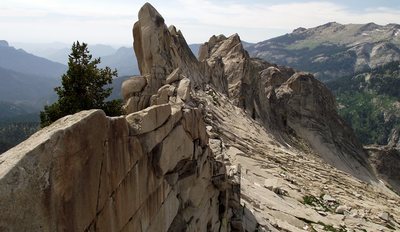 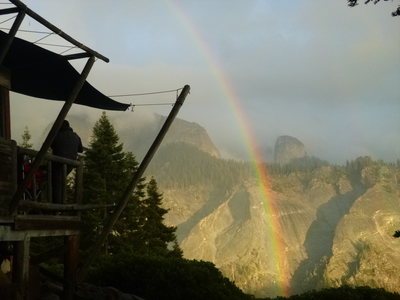 Rainbow at sunset near the Great Western Divide… 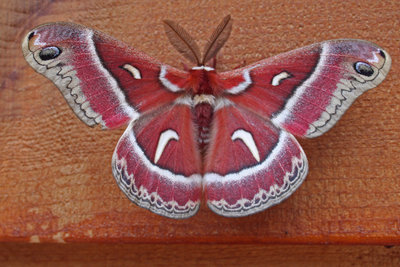 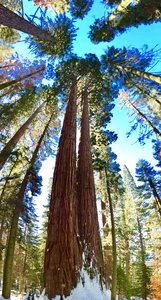 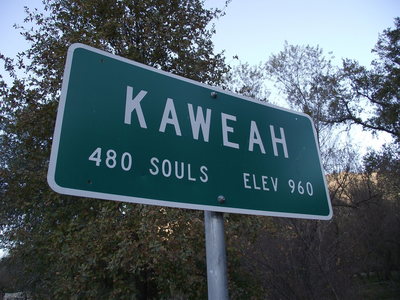 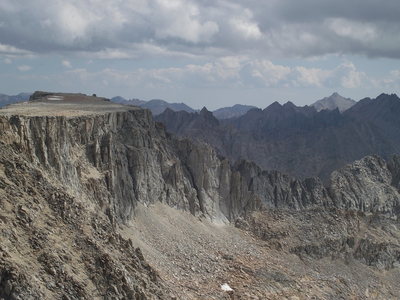 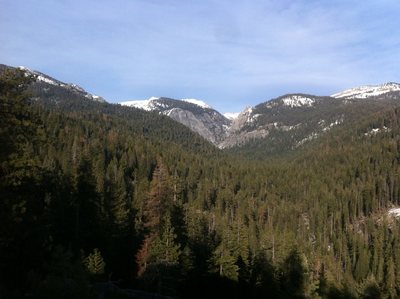 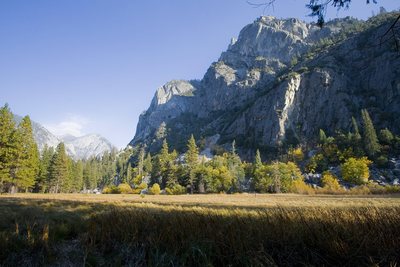 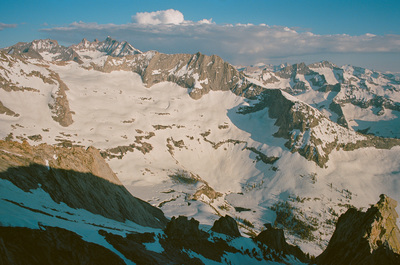