This route probably deserves 4 stars, but I don't think it is quite as good as the 4 star routes on the Billboard. So really it probably gets 3 and a half stars. Also, this is probably the easiest 12a tick in American Fork, which may be of interest to some folks! After numerous AF sandbags, you might find this route to be more in the ballpark of what you expect for 12a.

This is the farthest left route on the Wave as you are facing it. Just right of it is a 12d called Knuckle Up, and there is also a linkup between the two lines. Anyway, stay left for Naked Nebula.

Starts slabbly, turns vertical, then steepens to overhanging. The steep part has lots of good holds - a bit reachy in spots. Don't get me wrong about the grade, it is legit 12a (just not a typical AF sandbag) and you will be pumped at the anchors. Fun! 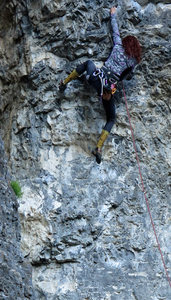 Natasha starting into the steep bit. 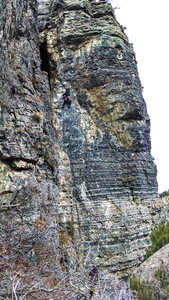 where the good stuff begins! 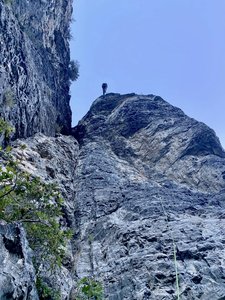 Lowering off - Shows the full route 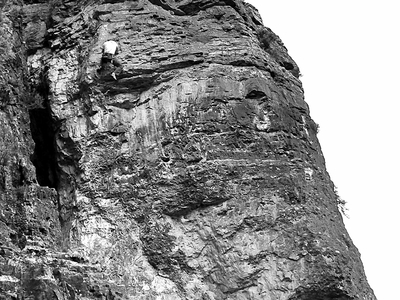 Logan Bradford, just above the roof. 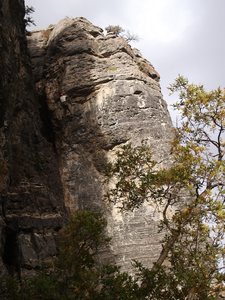 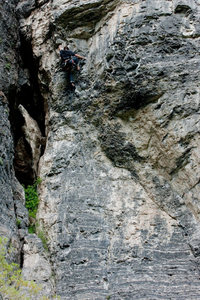 Hayden on his red point. Wearing the wrong col…