The Arcotete is a 30 meter high rock arch located in the east of San Cristóbal de las Casas, Chiapas. You can climb all year round and the conditions are always perfect, no matter if there is sun or rain. The Arch protects almost all the routes. From August to October the river gets a little higher, but this just affects a couple of the 40 routes. A trip to the Arcotete is definitely worth it, you can find routes for everybody. Easy warm-up routes and one of the hardest lines of Chiapas!

This is a fairly unknown spot so there are few climbers. The rock is similar to the crags in Thailand, Kalymnos or La Chonta. That means, stalactites, stalacnites, tufas, holes - perfect limestone! Three dimensional climbing! On some routes you have to be very careful, because you can't grab all the stalactites. Some of them will definitely break, so climb consciously! The stalactites are part of the beauty of the arch and we have to protect them.

So far, you have to pay an entrance of 60 pesos for climbing (Status as of 2021). But we're already negotiating a better price with the owners.

The Arcotete has a long history. They say, the old mayas already used it for their ceremonies and as a place to do offerings to their gods. Later on, at the time when San Cristóbal de las Casas was built, they tell the legend from a Frenchmen called Jean Francois d'Arcotete. He gave the name to the arch, which we use until today. Because of the loss of his wife, he took his life inside the arch. According to the locals, you can still here Jean weeping, in some of the cold nights in february.

Today, the Arcotete is an ecoturistic park inside the terrain of a local tsotsil comunity. The first climbing routes where established by Grupo Escala Chiapas. From 2003 to 2011 the group equiped 7 routes in the area. Years later in 2017, Sofia Tapia Garcia and Martin Siller explored the huge potencial of the arch and started equiping more than 30 routes. With the help from their friends Jose Carlos Ramos, Lucas Warmington, Ulises Guerrero, Carsten Thess and Ernesto Hernandez they changed the place within a year into a nice little climbing crag.

There are three ways to get to the arch:

Mountain Project's determination of the classic, most popular, highest rated climbing routes in this area.
More Classic Climbs in Arcotete » 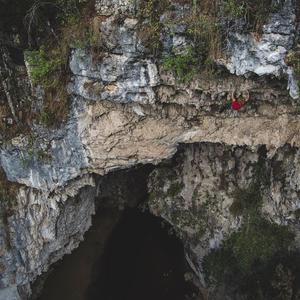 At the end of "the neverending story" (la histo… 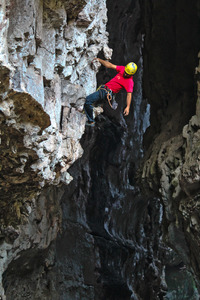 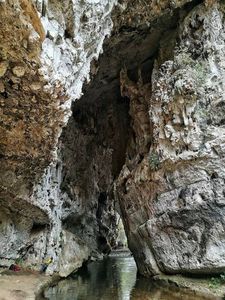 The arch from inside, routes everywhere! 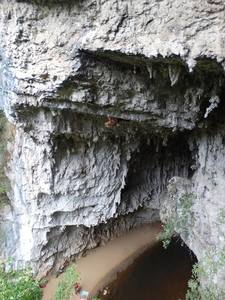 "Helldorado" - one of the hardest routes in Chi… 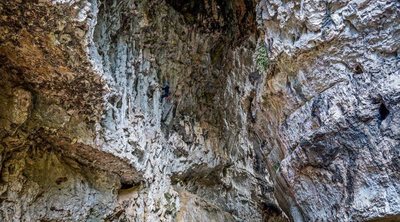 Some amazing tufas and overhangs, as well as hu… 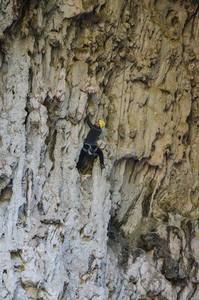 One of the routes in the arch set by Alejandro…

All Photos Within Arcotete