Nunavut is the largest and newest federal territory of Canada; it was separated officially from the Northwest Territories on April 1, 1999, via the Nunavut Act and the Nunavut Land Claims Agreement Act. The creation of Nunavut  meaning "our land" in Inuktitut  resulted in the first major change to Canada's map since the incorporation of the new province of Newfoundland in 1949.

Nunavut is both the least populous and the largest in geography of the provinces and territories of Canada. It has an estimated population of over 33,000, mostly Inuit, spread over an area the size of Western Europe. Nunavut is also home to the northernmost permanently inhabited place in the world, Alert. 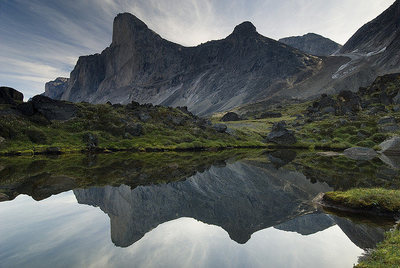 All Photos Within Nunavut