The broad, shallow, and grassy limestone canyons that make up these areas are the true definition of idyllic on a perfect day. The limestone here is some of the best in the states, and features naturally smooth pockets on slabby terrain to dead horizontal sheets. It is these impossibly cantilevered roofs, and the plethora of perfect pockets, slopers, and pinches that have made Priest Draw a household name in the world wide bouldering community.

Priest Draw is the better known with timeless classics such as Anorexic, Floor Pie, Carnivore, The Receptionist and many, many more. 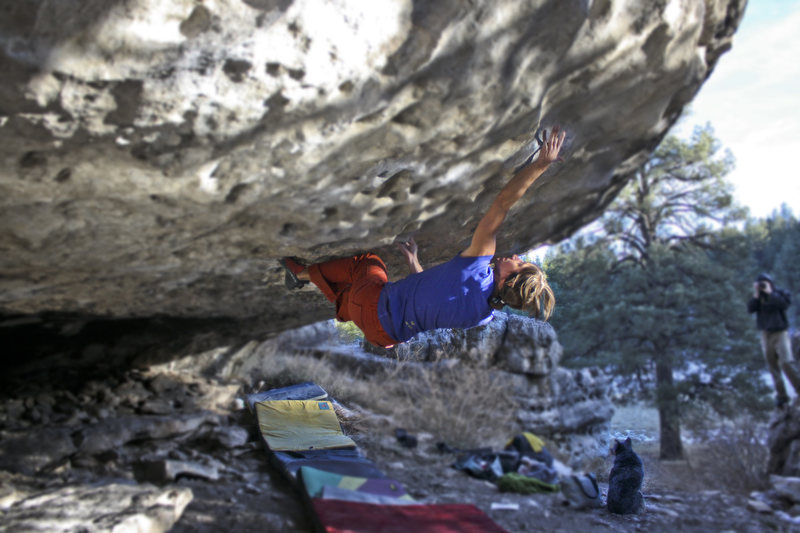 Howard Draw is a gentle version of it's more popular neighbor. While this area doesn't boast double digit grades, it does offer up a little more solitude, and classics such as Bad Ass Roof, and The Gomez Traverse.

Super Roof Area is part of Priest Draw, though the shortest access is through Mountainaire. Super Roof itself is a timeless moderate roof filled with awesome holds. 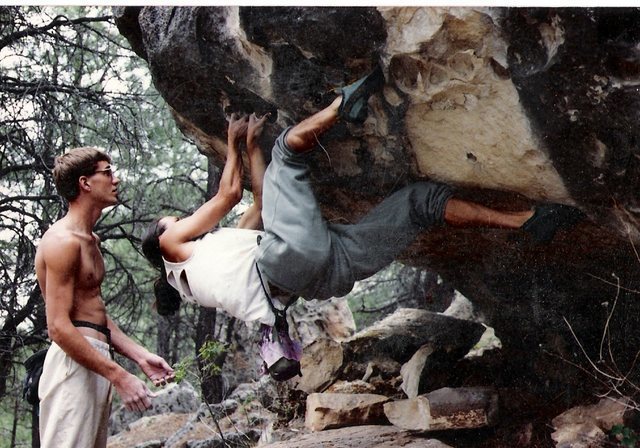 Robert Drysdale spotting Dave Gershwin on the FA of Down With The Bass in 1991/1992.

These areas were first discovered and developed by the late Robert Drysdale, Ron Dawson, Dave Gershwin, and friends back in the very early 90's. It was a pretty good day when they first decided to set brush to stone out there. Since their time, dozens and dozens of test pieces have arisen.

From Flagstaff, find your way to Lake Mary Road to the south of town. Drive southeast to road 132 on the south (right) side of the highway. This road is just a bit before the Lake Mary store, and is also a popular place for road bikers to park and gather.

Follow 132 for several miles passing homes and windy road. Just after the last gathering of houses, where the road makes a distinct left jog, continue straight ahead on bumpy road to the parking and camping areas. The main trail is obvious. 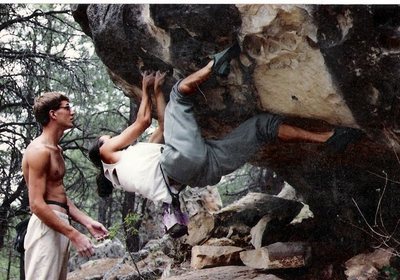 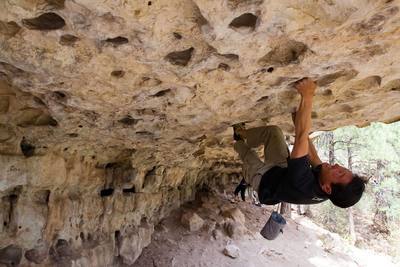 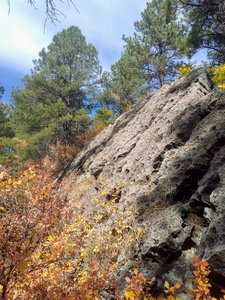 A touch of Autumn, Priest Draw 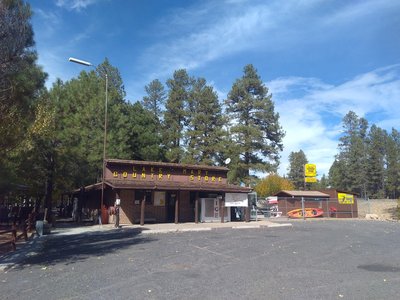 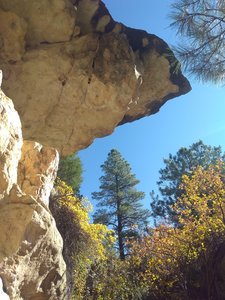 All Photos Within Priest Draw Area