As per "San Diego Climbing Guide" by Dave Kennedy with Chris Hubbard...

Plainly visible from I-8 just west of the Hwy. 79 turn-off, Descanso has a multitude of routes, nearly all put up by Martin Veillon and his son Peter.
1/4" bolts placed in ground-up style here may not have hangers (especially the first one or two), and some routes are runout. Take some keyhole hangers, small wired nuts or other such devices to tie off these studs. Many routes require gear. The true classic here is Into the Eye of the Son (11+). Many more routes than those given here have been established on the neighboring formations.

Descanso Wall, for the size, packs quite a punch. On the East side of the wall there is a great section for those practicing trad or those brave enough to free solo. Going West from here you have a few sport routes with excellent steepness and overhung at the beginning. These routes are about 110-120 feet but can give you a pump with micro crimpers, slopers/friction and great smearing. Further west is Icarus 5.11a in the dihedral. And, basically, the further West you go, the harder the climb (i.e. the cave section with chain draws?)

Chow/Beer:
If there's one other thing that most all climbers have in common, it's a frosty local brew and some well-earned wholesome food. Therefore, I confidently suggest The Alpine Beer Company.

*From I-8 & the 805, drive about 33 miles East on the I-8 (past Alpine) to Exit 40 CA 79-N/Japatule Valley Rd toward Julian.
*Take Exit 40/Hwy-79 and turn left (North).*Drive 0.8 of a mile to Wildwood Glen Ln.
*Turn Left (West) on Wildwood Glen Ln and park at the Helo pad/turn around/USFS gate.
*Don't forget your water.
*From the Helo pad, the gate is to the left and the trailhead is to the right, marked by a white metal post with a black tip ... 20 mins.
*Near the top, follow the split in the trail to the left. After passing the boulders you'll arrive at the Main Wall and You Must Have Wings. 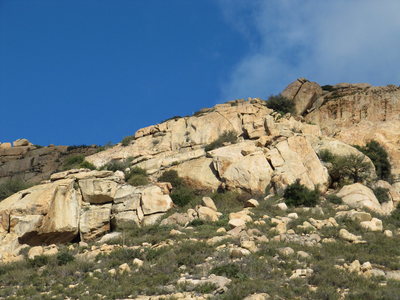 Location of the Main Trailhead - 20 minutes 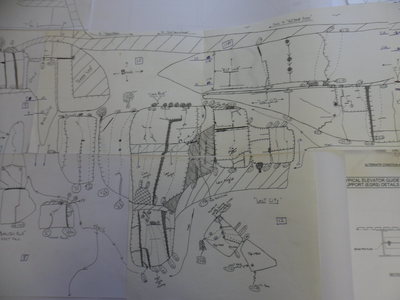 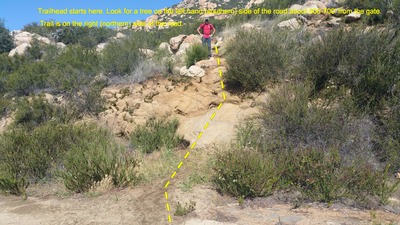 Start of the trailhead from the road. It's VERY… 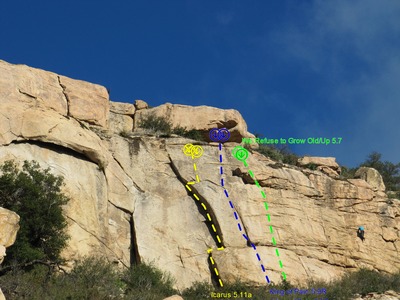 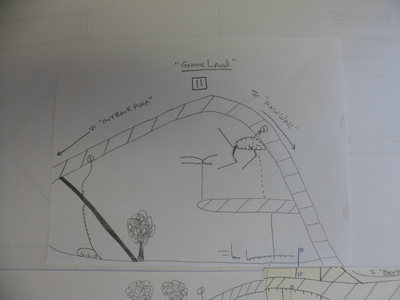 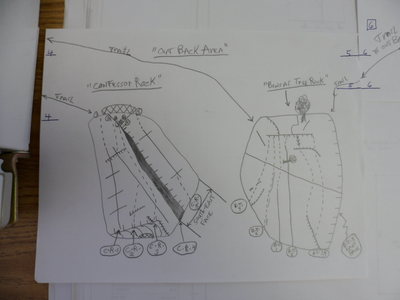 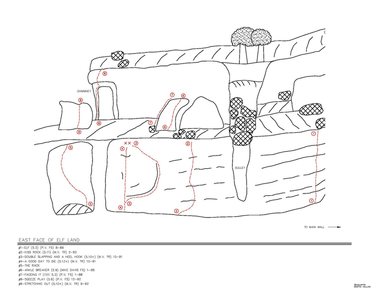 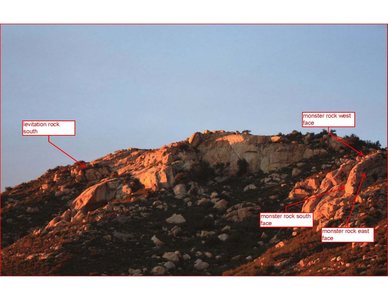 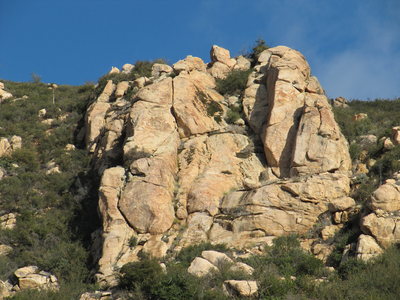 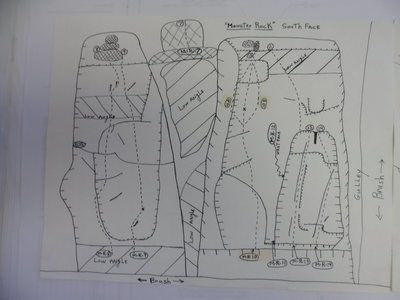 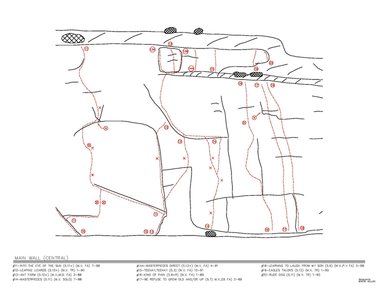 All Photos Within Descanso Wall