Dunsinane Mountain is interesting for the climbing potential on the numerous minarets that arise along its west side and for the numerous boulders. We hiked to the main large minaret shown in the photo. While some of the rock looks dubious, the main crag appeared to be very solid for several hundred feet. In addition, the numerous boulders evident along the west slope turned out to be very solid. They may have cleaned up after calving off the crags above and tumbling downhill, or the rock may just be better. The drainage up from the road was even more filled with quite large boulders not visible in the photo. The ones higher on the hill had some very steep faces. We did some pebble pinching on the moderate faces of some of the boulders and found them to be perfectly solid. The potential for very stiff problems seems to be quite large.

Follow directions to Chimney Peak. Dunsinane is on the opposite side of the meadow and a tad south. Approach via the drainage shown in the photo. 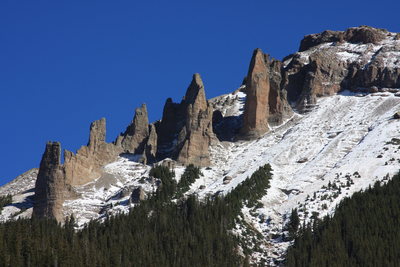 Minarets and boulders along the west flank of D… 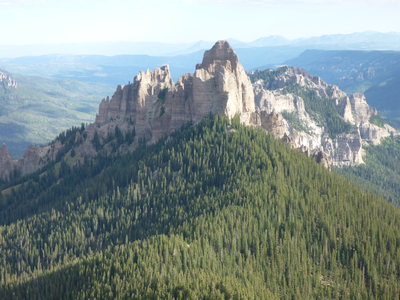 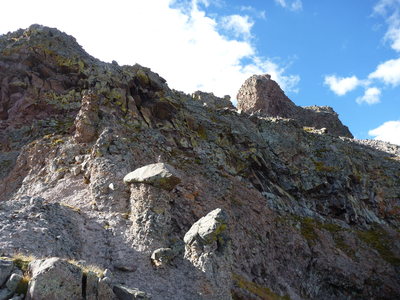 Near the summit of Dunsinane. Some interesting… 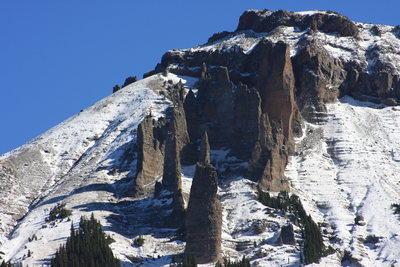 The maze of minarets on Dunsinane Mountain.

All Photos Within Dunsinane Mountain