Los Dinamos: A wooded river canyon (named for no-longer functioning generators) with basalt crags. Maybe the best bet for Mexico City cragging. Lots of routes, good rock, and a uniquely out-of-the-city experience for a spot so closely wedded to the DF mayhem.

The best beta online is on "xpmexico.com". Click (respectively) on 'roca: guias/distrito federal/los dinamos'. the route lists are given on another page accessed by the link (DISTRIBUCIÓN DE LA ZONA) at the bottom of the page.

there is plenty of climbing here, and hopefully the access and route names and pictures given here will get you off on the right start.

We went by public transit -- metro and then city bus -- and then by foot, but I don't recommend walking to the Second Dinamo. We got off the bus at 10:30am and got to the base of the crag at 3:30pm! We got hopelessly lost along the way, overshooting our destination by about 5km, but best case I think it still would have taken a couple of hours. Instead, if you're trying to save money and you speak Spanish, I'd recommend metro, then bus, then taxi. Adding more taxi in place of bus or metro increases the price and the convenience.

Following the directions agreed on by the pamphlet and guidebook (see below -- the guidebook also has some other public transit options) I think we took the green line metro to station Miguel Angel de Quevedo, and then a city bus that said Anzaldo on front. However, once we got off the metro we just went to where the buses were leaving and asked which one to take to Parque Nacional Los Dinamos. Lots of people go there so everyone knows which bus you need (when it comes to rock climbing however, it seems that most people we asked had no idea what we were talking about). Nowing where to get off the bus is trickier,
but if you speak Spanish and have GPS on your phone you'll figure it out. Instead of getting hopelessly lost on foot in the park, I suggest you take a taxi from the bus to the Second Dinamo. Just tell the driver you want to go to the Second Dinamo (quiero ir al segundo
dinamo) -- this area of the park is a very popular popular Mexican tourist destination.

When you get there, after turning right off the main road, I think after a large arch over the road, there is a small river with some foot bridges and a bunch of simple restaurants. Cross the foot bridges and go up an established path which is right of most of the restaurants, but goes behind at least the right-most restaurant. There were some signs about zip lining or something. At the top of this path a trail goes left into the woods. Follow this trail a short distance (the guide book says 20 meters), and then turn right and walk up the hill for a long time (the book says 20 minutes of "arduous uphill hike"; indeed it's very steep and hard going!). I think we crossed an established horizontal path on the way up, but we did not explore it. When we finally got to the base of the Second Dinamo crag, we were left (facing the wall) but close to the section with the route Busqueda Infinita. We eventually figured out where were by finding a large dark streak on wall, to the right of the route, which is depicted in guide book and visible in the pamphlet photo. Here "large" means 20+ meters tall and 5+ meters wide; you can't miss it.

The route Busqueda Infinita is on a large pillar with a hand full of other routes. Someone has written "Busqueda Infinita" on the wall at the base of the route, but it's quite faint and we only found the writing after we stopped climbing. We were able to set a top rope by scrambling (4th class) up the left side the pillar and getting to the anchors on the right side. We each top-roped it once, and then it was time to go home :P However, we stopped at the right most restaurant on the way back out, and got some amazing fresh whole trout dinners for about $100 MXN a piece; highly recommended.

- a small pamphlet called Primero y Segundo Dinamos, in Spanish. It covers sport climbing at Los Dinamos. It has good close up pictures of the First Dinamo, and some zoomed out whole-wall pictures of the Second Dinamo, with routes marked. There are no route descriptions, only names, grades, heights, and number of bolts. It includes a basic description of how to get to the crags. Published 2008, I paid $51 MXN.

- a large book covering central and southern Mexico, called Guia de Escalada en Mexico -- Centro y Sur, with Spanish and poorly-translated-but-better-than-nothing English side by side. It has even less info than the pamphlet for the first and second Dinamo -- only route names and grades -- but with hand-drawn topos and no photos. It has better descriptions for getting to the crags, including some basic hand-drawn maps, but there is a major error in the English instructions for the Second Dinamo: they forgot to translate a whole sentence which tells you to turn right off a trail and scramble up a hill! Published 2013, I paid $545 MXN.

I bought the pamphlet, and a great guide to Jilotepec -- which is a highly recommended day trip from Mexico (we did bus and taxi but a car would be much better) -- at Vertimania in Mexico City. The folks that worked there were really helpful (in Spanish). 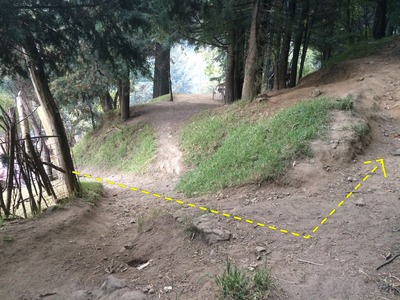 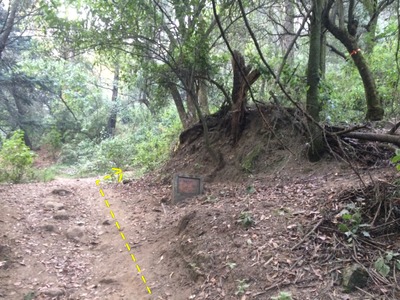 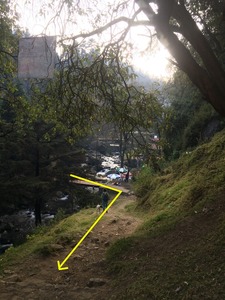 All Photos Within Los Dinamos