Williamson Rock is under a temporary closure to all recreational uses, including climbing, pursuant to a ruling by the U.S. Fish and Wildlife Service that the area is critical habitat for the endangered yellow-legged mountain frog. Efforts by the non-profit organization Friends of Williamson Rock, in conjunction with the U.S. Forest Service, are underway to regain climbing access to Williamson. For information on the status of these efforts, and to learn how you can help, contact the Friends of Williamson Rock: williamsonrock.org Per the Access Fund's update, in 2017 the Forest Service hopes to begin an environmental study of the impact of allowing limited climbing to resume. In the meantime, the Forest Service supervisor has extended the closure until January, 2017.

Williamson Rock was Southern California's premier sport climbing area until its closure in December 2005. The area features nearly 300 quality routes of all grades from beginner to expert level on highly featured granite. Located in the Angeles National Forest in the San Gabriel Mountains, an hours drive from the city of La Canada, north of Los Angeles, on Highway 2, or 1/2 hour from Wrightwood, if driving from the east.

Prior to its closure in December 2005, in order to protect the dwindling population of the Mountain Yellow Legged Frog (MYLF), Williamson Rock was Southern California's most popular sport crag, and there is a new USFS proposal to reopen the crag in August 2016, from August 1st through November 15, under a Visitor Use Permit system. Williamson Rock is a summer climbing destination, offering quality routes from 5.6 - 5.13, in a beautiful mountain setting, located at 7,000 feet elevation.

The climbing at Williamson Rock can be characterized by technical, often strenuous movements requiring good core strength, body english, creative technique, and endurance to succeed. One should be a competent leader, as there are few opportunities to setup top-ropes without leading. As evidenced by the occasional old rusted bolt and hanger, climbing took place at Williamson Rock in the 1960s, but the development of modern sport climbing began in 1987, and Williamson Rock realized its true potential in the mid-90s with route development by Troy Mayr, Sam Owings, Kevin Mokracek, Jack Marshall, and others. For most routes 8 - 12 quickdraws is sufficient to enjoy the often steep, exciting, and exposed climbing at Williamson Rock.

Follow the climber's trail from the Williamson Rock parking lot, located about 1/4 mi. east of the Eagles Roost picnic area on SR 2 (Angeles Crest Highway). The approach takes about 15 minutes. 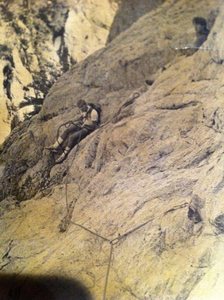 This was taken in 1984 way above the Voices Wal… 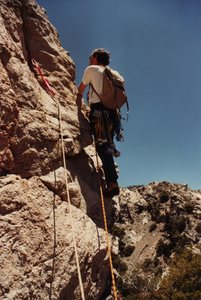 Chris Owen on the Freezer Burn Wall long before… 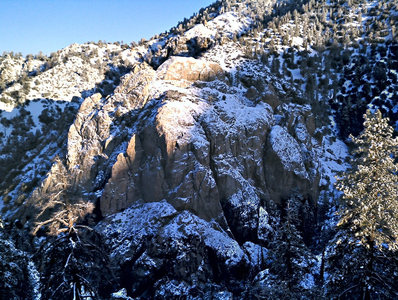 Tom Gilje high above it all on Thrillseeker (5.… 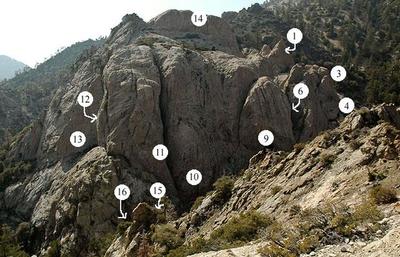 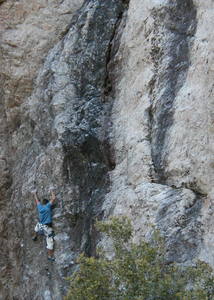 A climber nears the anchors on Industrial Disea… 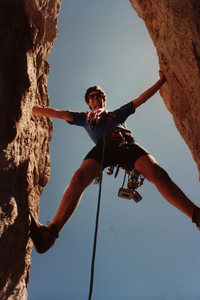 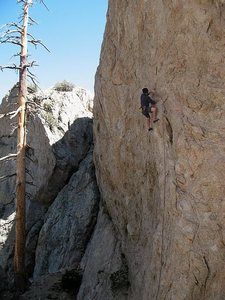 Chuck on The Hired Gun (5.11a), Williamson Rock 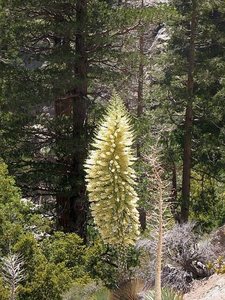 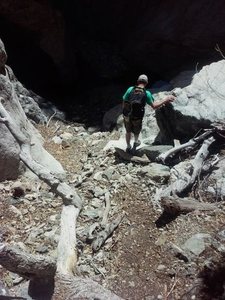 Into the darkness (of the London Wall), William… 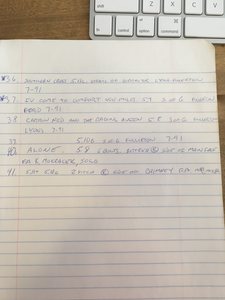 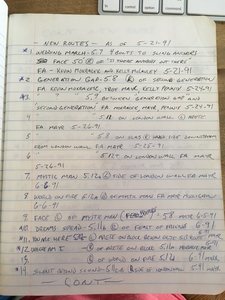 All Photos Within Williamson Rock