RAPTOR CLOSURE: During recent raptor monitoring, an active raptor nest was discovered, prompting a voluntary closure of the Moby Dick climbing area off Forest System Road 18. The named routes and walls affected are Dough Boy, Queequeg’s Coffin, Cetology Wall and Edge of Starbuck. The area is closed immediately through August 15. The nest site will continue to be monitored through the summer. If you have questions, please contact Bonnie Allison, south zone wildlife biologist, at 307-684-7806 or bonnie.allison@usda.gov.

No new route development is allowed until further notice. On July 19, 2019, the US Forest Service issued a notice that it would no longer allow the installation of new bolts or the creation of new climbing routes after manufactured routes were established, then subsequently removed/altered by climbers. In addition, the bolts/fixed anchors on an estimated 50 climbs at Ten Sleep have been affected in some manner that may or may not make them unsafe to climb. The list of altered routes can be found in a drop down on the main, "Ten Sleep Canyon" homepage. The US Forest Service, Powder River Ranger District, is actively working with the local LCO, the Bighorn Climbers' Coalition and Access Fund to develop a sustainable framework for route standards and a Climbing Management Plan for the canyon's future. 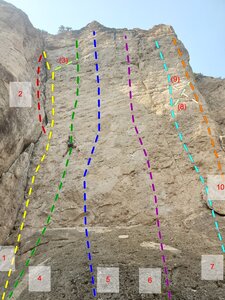 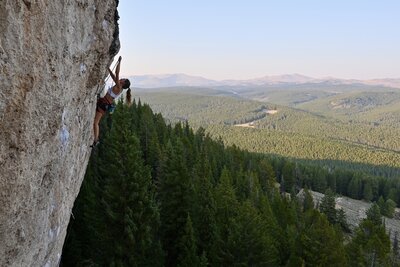 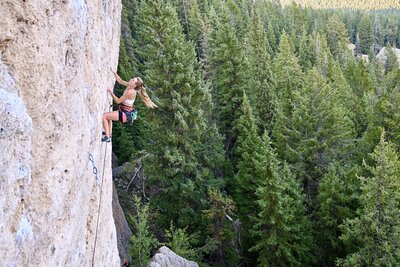