This is the largest free standing desert tower in Sheep Creek and the Flaming Gorge area. Extensive recon and research into the climbing history on this tower proved useless, as obscure drilled sandstone threaded anchors were discovered only after arriving on the top!!

"Just saw your post on MP. That's a cool line you picked. The line we did was all free (~5.10R) and approached via the gully on the backside. I think 5 short pitches due to rope drag (lots of drag when the rope is slicing through every bulge). Good ledges, sketchy gear, some wild passages. The fixed gear is a mix of drilled army rings and v-threads all drilled free on the lead. I though we left a register on top but maybe it blew off. We gave our line a typically vulgar name, certainly something to do with sheep, but I can't remember what it is. Maybe Hank knows, he's less senile than me."

A Note we received from the legendary Verm himself after our climb....John Sherman writing about the FA with Hank Jones

Paul Tusting deserves the credit for showing us this one and he brilliantly led the first pitch during the first attempt in May 2008.
We left a summit register on top. I would suspect that this tower, for many reasons which will soon become apparent, could become quite a bit more popular than the San Rafael Swell's Lightbulb??

Pitch #1: A mixed pitch of free and aid climbing up the black and brittle steep slab of rock that leads to the NE shoulder and a two-bolt belay ledge. 5.9++, A1+, 45m.

Pitch #2: The way is obvious up the steep, mostly blank overhanging NE headwall, nailing where you can to a great ledge and two-bolt bomber belay (reassuring for the second!!!!). A1+, 55m.

Park beneath it on the paved road about 50m down canyon from a road sign that says, " Tower Rock Viewpoint" with a camera on it. Wade across the creek and ascend a steep narrow gully on the north side about 10 minutes to a ramp /ledge system that traverses right... towards a shelf system that takes the climber to the base of the NE shoulder. 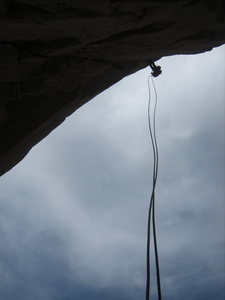 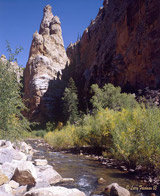 Tower Rock from another perspective 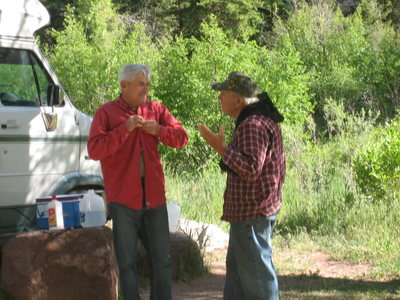 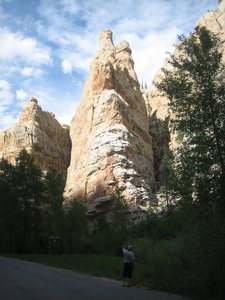 Tower Rock from the road. 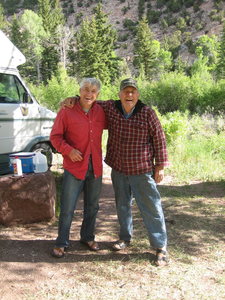 Making friends in the campground. ("Vote for Ob… 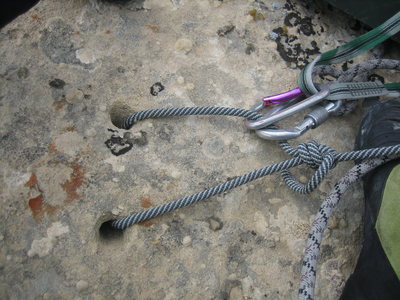 V-thread anchors on the summit. 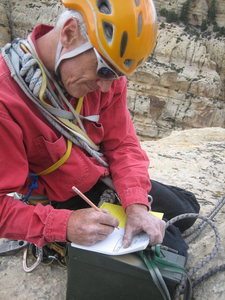 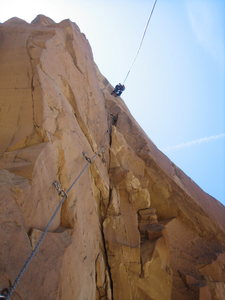 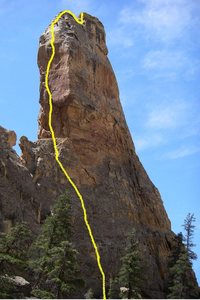 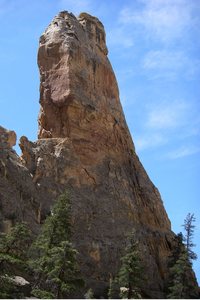 The Black Brittle slab down low coming out of t… 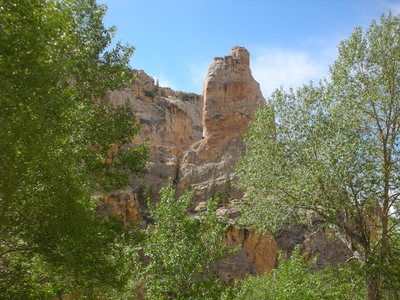 Tower Rock from the road with the route on the…