The Needles of Rushmore 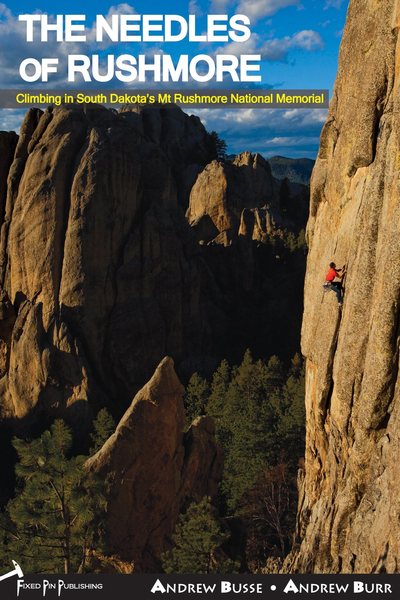 Nearly 30 years since the release of Paul Pianas Touch the Sky, The Needles of Rushmore is a fully comprehensive update to the mystical treasure map of the granite in the Southern Black Hills (east of Harney Peak). The book includes over 900 detailed routes from Palmer Gulch to Remington Road, including the popular sport climbing area, Mt. Rushmore. The Needles of Rushmore transcends guidebooks with the creative work of coauthor, Andrew Burr (senior climbing photographer of Climbing magazine). Combine this stunning photography with the meticulously sculpted route descriptions and The Needles of Rushmore sets a new benchmark for rock climbing guidebooks.