Access Issue: Please use the established access trail leading up to the cliffs from the lower lot. Details

Access to the upper parking lot at the first wall is highly discouraged by the USFS as of the 2019 summer. Although this is a public access road, there are Native American cultural sites close to the area and due to the size of the turn-out above the cliffs access to this lot has been an issue.
Local organizations ask that to keep this area open to the climbing community and avoid another area closure, please park at the large gravel turn around area below the cliff where parking is abundant.

The Williamson River Cliffs are predominantly a south-facing columnar basaltic crag, varying from 30 to 60 feet in height, located east of US Highway 97 between Diamond Lake Junction and Klamath Falls. Traditionally protected leads and top roping abounds in this secluded roadside attraction. Some fixed anchors exist as well as a sprinkling of sport routes. Most climbs have been done AND led in a traditional manner. Please respect first ascensionist, no new bolts. Contact local climbing organizations with safety concerns about loose rocks or damaged/old bolts. Documented climbing dates back to the early 1970s, but likely earlier. Has been called other names such as: Collier Park, Oax-Kanee Overlook, and Spring Creek Cliffs.

The top of the "1st Wall" and the "Elephant Wall" yield nice views of the geographically unique Klamath Basin and the pristine waters of the Williamson River, as well as Mt. Shasta and Mt. McLoughlin.

Some previously accessed areas are off limits to recreationists in efforts to preserve historical Native American Cultural Sites at the top of the cliff band. These areas include the entire top of the "2nd Wall". No top roping permitted here, nor is topping out on any of the "2nd Wall" routes. Updates on climbing routes will be published as access issues are resolved.

As always, leave not trace, and please help keep this area pristine by packing out any trash that may have been accidentally dropped by other recreationists.

ADDITIONAL NOTE:  Listed in the "guidebooks" section on this page are two excellent guide books put together by Greg Orton.  This area is not featured in either of these books.  The reason for this inaccuracy is that MP categorizes this area as SW Oregon, although it is on the east of the Cascade Range.

Turn on FS-9730 just north of the Collier State Park Rest Area. From here follow FS-9730 leading toward the Williamson River Campgrounds. You will pass the Williamson River Campgrounds at 1.4 miles on your right, continue straight here. Cliffs are in full visibility from the road as you approach the parking area. Just after the 2 mile mark the road will turn 90 degrees to the left then almost immediately 90 degrees to the right. Gravel turnout is at 2.5 miles and is the obvious established parking area for the Williamson River Cliffs. Do not block the road, there is plenty of parking available here. From the parking lot follow a small gravel road back to the main road. Trail is at the marked junction. Approach starts by heading up the hill to the cliffs, and wanders left through some thicker brush before meandering back to the right then straight up to the 1st wall. Look for ribbon and arrows on boulders to stay on trail. Cliffs base is .25 miles from the lower lot as the trail winds and spits out in the amphitheater of the first wall right below “Boner”. 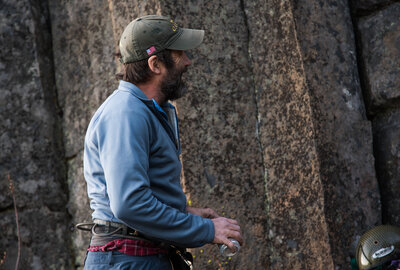 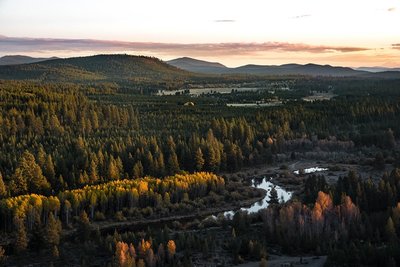 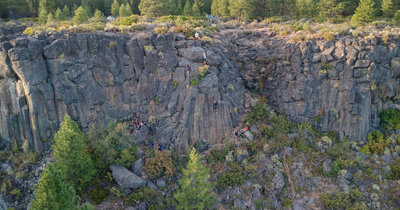 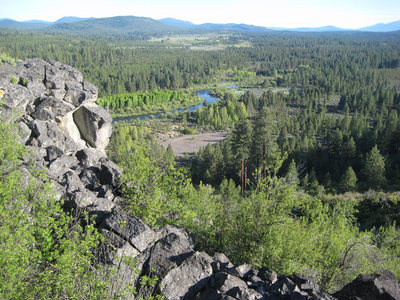 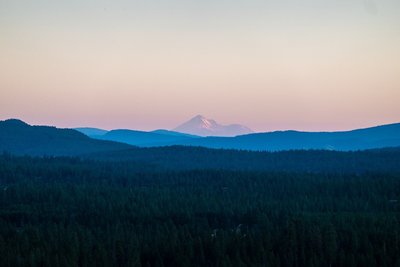 Mt. Shasta seen from the top of the 1st Wall.

Staring at Mt. Shasta from the top of the 1st w… 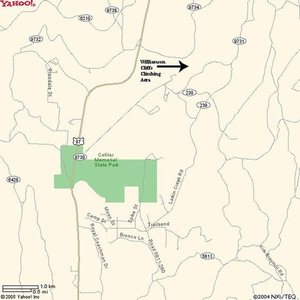 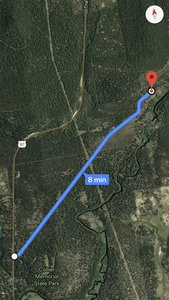 Here is you're standard 8 min approach to the n… 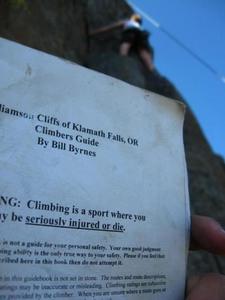 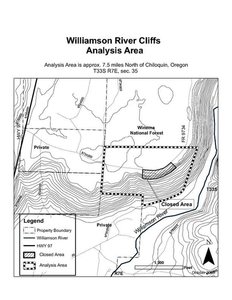 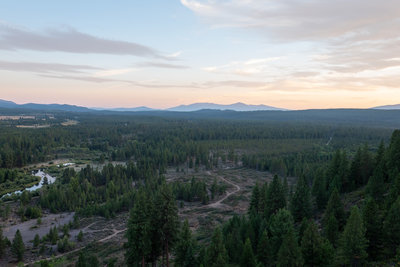 Views from the top of the 1st Wall. Lower park…

All Photos Within Williamson River Cliffs