Known as the best outdoor climbing area in KL by the locals. Clean walls with incredible features, long routes with technical moves, a high concentration of routes of all grades, and a fair bit of shade for the belayer... this place has pretty much everything you could hope for in a tropical convenience crag. Including the inconveniences you would expect: a confusing approach through a sketchy neighborhood and the ever-present nyamuk (mosquitos).

The Climb Malaysia guidebook remains mostly up-to-date for this area. Not sure if routes have been rebolted since established, but the hardware looks pretty good for the most part. However, the anchors are a strange, non-redundant setup (see picture) consisting of a single enormous glue-in staple bolt with a ram's-horn lower-off.

The best time of the day to come here, as is the case with all of the walls around Batu Caves, is in the afternoon. This is partially due to the fact that the wall itself is in the sweltering sun before then, but also so you're not exhausting and dehydrating yourself.

Walk down Jalan Taman Industri Bolton, keeping the cliffs to your west. Have an idea of where the wall is in relation to the hills and neighborhoods around it. The left turn is Lorong Melati, which is barely wide enough for a car and definitely no parking available. If driving, park on side streets across from Melati (it’s a warehouse district so just don’t obstruct driveways). Just keep walking straight towards the hillside, duck between two houses, cut left through the yard, and start boulder-hopping up to the wall. 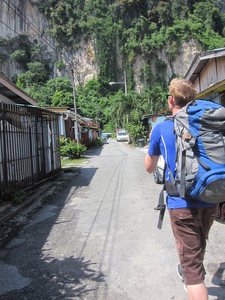 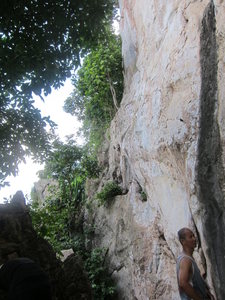 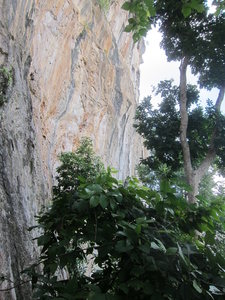 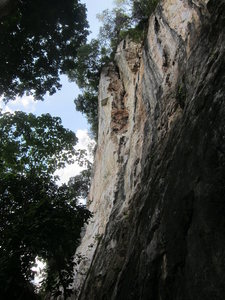 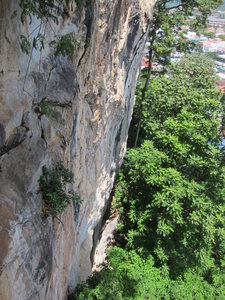 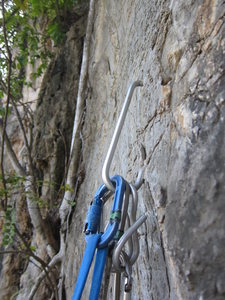 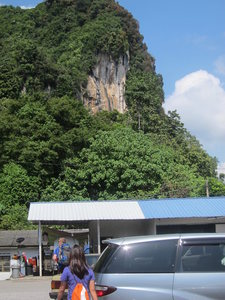 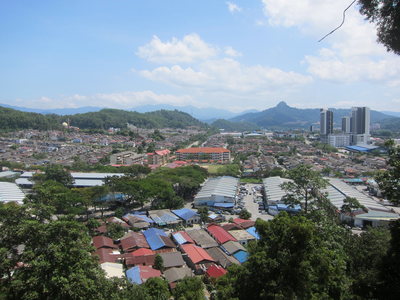 View eastward over the kampung neighborhood 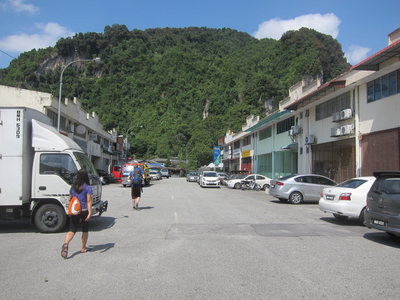 All Photos Within Nyamuk Wall