A small dripping rock-band in the middle of Montreal which turns into a great little ice training ground in the winter, even gets enough light from the street lamps!

The McTavish reservoir is an underground reservoir and park located on the southern slope of Mount Royal holding 37 million gallons of water and supplied by its large Château Style pump-houses located in the south-eastern of the park. The site of the reservoir is also known as Rutherford Park and is the location of the McTavish automated weather reporting station.

The city had closed access in 2009, but the site is now re-opened, all depending on major construction works

Just between the Royal Victoria Hospital and McGill, it's bordered by Pine Street on the North, McTavish on the west and Doctor Penfield Avenue on the South and East. It's now called Parc Rutherford and has extended opening hours week long. 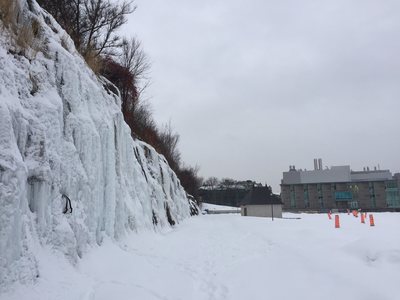 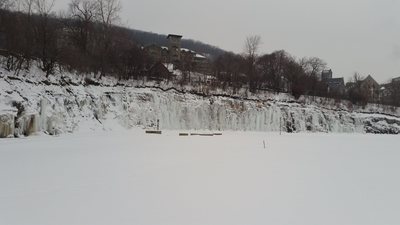 Wide view of the ice wall 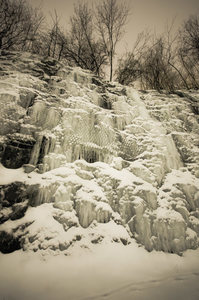 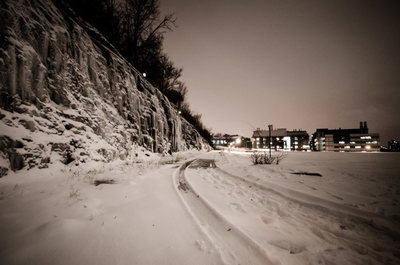 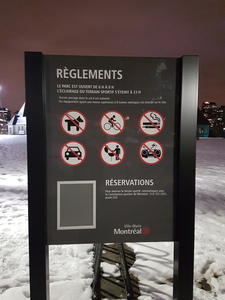 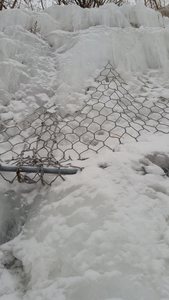 All Photos Within Mc Tavish Reservoir