Sabah is the eastern of the two Malaysian states in Borneo (the other being Sarawak). Sabah is well deserving of its reputation as an outdoor enthusiasts' paradise, from 2000m wall dives off the beach of Sipadan island in the South Coral Sea to towering Mount Kinabalu, the highest peak between The Himalayas and Carstenz Pyramid Massif in Irian Jaya, Indonesia. Sabah also boasts the Sepilok Orangutan Sanctuary, numerous caves to explore (and potentially develop for climbing), and the Kinabatangan River, one of the best places for wildlife viewing in Sabah.

Climbing-wise, Sabah is still in its infancy, and hasn't seen much route development. However, Borneo's highest mountain, Mount Kinabalu, is the scene of a handful of ascents and epics on its numerous cloud-shrouded granite spires and gullies (Low's Gully being its most famous). More on Kinabalu later.

However, Berhala Island on the east coast (off nearby Sandakan) has recently been developed for sport climbing on its sandstone ramparts.

Like the rest of Borneo, Sabah is a hot and humid place and acclimization is necessary a day or two before climbing. Climbing is possible year round. Being near the equator, the temperature hovers around a steamy 86-90 degrees year-round (30 C) but temperature and rain are at a minimum between December-April. Berhala Island has morning sun until 1pm, and being on the beach, is searing hot! You can swim in the meantime 10m from the climbs and hang out under the shade trees by the swing and chat with local fishermen, afternoons should be reserved for climbing!

There are numerous flights between mainland Malaysia and Kota Kinabalu in Sabah. Kuala Lumpur on the mailand is the main point of departure, but flights also leave from Kuantan, Penang, etc and Johor Bahru (the cheapest place to fly from but you have to take a bus from KL). Check AirAsia and Malaysia Airlines for deals, flights shouldn't be more than $100 RT, occassional promotions offer flights as low as $20 each way. Consider stopping en route in Sarawak to climb and hang out, you won't be disappointed.
Flights are also available from Singapore, Hong Kong, Taipei, Tokyo, Cebu and Manilla in The Philippines).
Boat connections between Pulau Labuan and Kota Kinabalu (KK) are available if coming from Sarawak via Brunei. Adventurous people can arrive or depart by boat via Nunukan/Tarakan in Kalimantan (Indonesia) from Tawau in Sabah. I don't recommend using the ferries between Sabah and The Philippines, too many pirates, kidnappings, and ferry sinkings. Happy Adventures in Sabah! 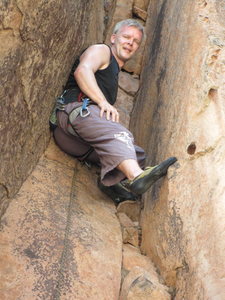 All Photos Within Sabah